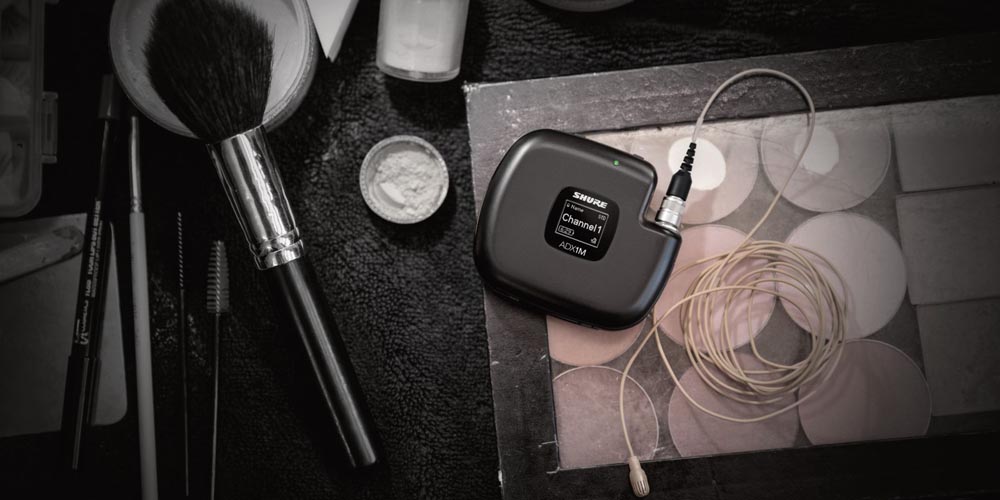 But beyond unique features and benefits of the system (like Dante connectivity, Quadversity™ reception, high channel density, 184 Hz tuning bandwidth, and options for ShowLink® remote control and intelligent rechargeable batteries), for me, its single most impressive element is also the smallest: the ADX1M Micro Bodypack Transmitter.

We set out to achieve full protection against total immersion for 30 minutes at a depth of one meter while maintaining the compact size and comfortable contours that would set the ADX1M apart from the competition. This became one of the most difficult engineering challenges we faced.

With every switch, seam, and connector as a potential ingress point, our approach was to physically eliminate as many of those weak points as possible. This is the reason the belt clip does not breach the inside of the case. More significantly, the requirement for water resistance is part of the reason the ADX1M has no external antenna, and no battery door.

Shure engineers developed a self-tuning internal antenna system (patent pending) that automatically optimizes its tuning characteristics by adapting the bodypack’s RF output when worn against the body. This makes the pack much easier to hide and more comfortable to wear while eliminating another point of ingress.

To eliminate the battery door, we developed a slide-in external battery that literally becomes part of the case. The SB910M battery provides a robust 7+ -plus hours of runtime, but more importantly, it slides firmly into place, preventing any liquid from reaching the contacts. Two are included with each ADX1M purchased.

Of course, without a battery door, we had nowhere to hide the switches. That meant we could not use standard pushbuttons, toggle throws, or other mechanical switches. Instead, we chose gasketed membrane-style buttons, all sealed with an external rubber sheath – kind of like weatherstripping – that prevents liquids from getting in.

This is not to say we didn’t use gaskets. The ADX1M’s Ultem case, chosen for its unique thermal efficiency (preventing potentially painful heat transfer to the user) and durability, is a 2-piece shell. For water resistance, the case is fully gasketed, as are the three hidden screws that connect it.

We addressed the lens for the OLED status display with a hermetic seal between the glass and case, making that potential ingress point both airtight and waterproof.

Water resistance was also part of our choice of LEMO input connector. Not only is it significantly smaller than a TA4 (critical to the whole “micro” size requirement), but the LEMO features an internal gasket that prevents sweat or rain from getting inside the pack, even with no microphone attached. Between its size and inherent water resistance, the LEMO connector was an obvious choice.

So that’s how we plugged every hole and blocked every possible point of ingress for sweat, rain, and any other liquid the ADX1M is exposed to. Challenge Won!

In the case of the ADX1M, we had a user-mandated goal of complete water resistance. To test it, Shure PVL engineers filled a tank with water to a depth of one meter and dropped our micro bodypacks to the bottom for 30 minutes. Afterwards, the packs were retrieved, powered on, and then tested to determine if they could pass audio. The ADX1M passed these tests with flying colors, meeting all our specifications afterwards.

I can state with full confidence that this product was designed to not fail due to exposure to liquids on stage or in the field, whether deployed inside a bulky costume, hidden in a wig, dropped in a pants pocket, or exposed to driving rain in a stadium or theme park. It is truly water resistant.

Our research told us what micro bodypack users wanted, and Shure engineers delivered. Its unique shape doesn’t look like any other micro bodypack. There are no visible antennas. No corners. Designed for A2s and wardrobe people to make it easy to mic talent, that physical design motivates people as much as its unparalleled ingress protection.

This is a product designed to serve the specific needs and desires of a very demanding group of customers. Based on the initial success of ADX1M, you can expect to encounter this product on stage at some of the most high profile events around the world. 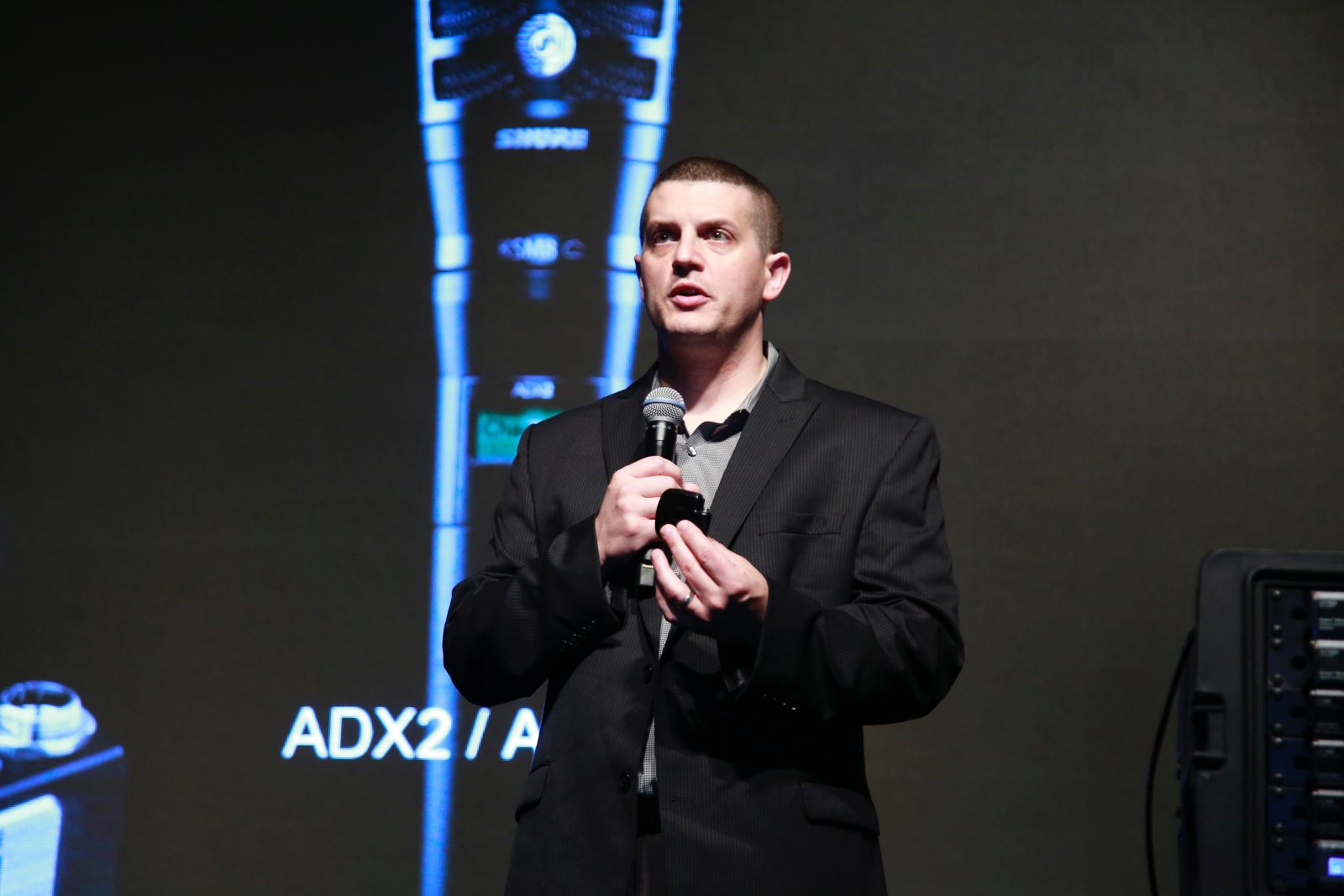