Tweeting to the Beat: Ash Soan Gets Social

ASH SOAN has played in front of huge crowds keeping time for lots of big-name stars. But his biggest audience is his 200,000 followers on social media. The DRUM MASTERY 2019 judge explains why drummers should get online.

While singers bask in the limelight and guitarists go for the glory, drummers are usually somewhere at the back of the stage, modestly holding the whole show together. It’s simply what they do.

“I used to think, it’s just how people want to be seen, it’s not real,” he remembers. “I wasn’t sure how it could be any use to me, since I’m just a drummer.”

Of course, Soan isn’t just any drummer – he’s one of the most sought-after session musicians in the business, making hundreds of top-flight recordings over the years, backing the house band for the UK version of The Voice television show and even playing in the opening ceremony of the 2012 Olympics in London – watched by 900 million people worldwide.

His performance history reads more like a Rock and Roll Hall of Fame induction ceremony than a résumé: Dionne Warwick, Adele, Marianne Faithfull and Robbie Williams have all relied on his services. 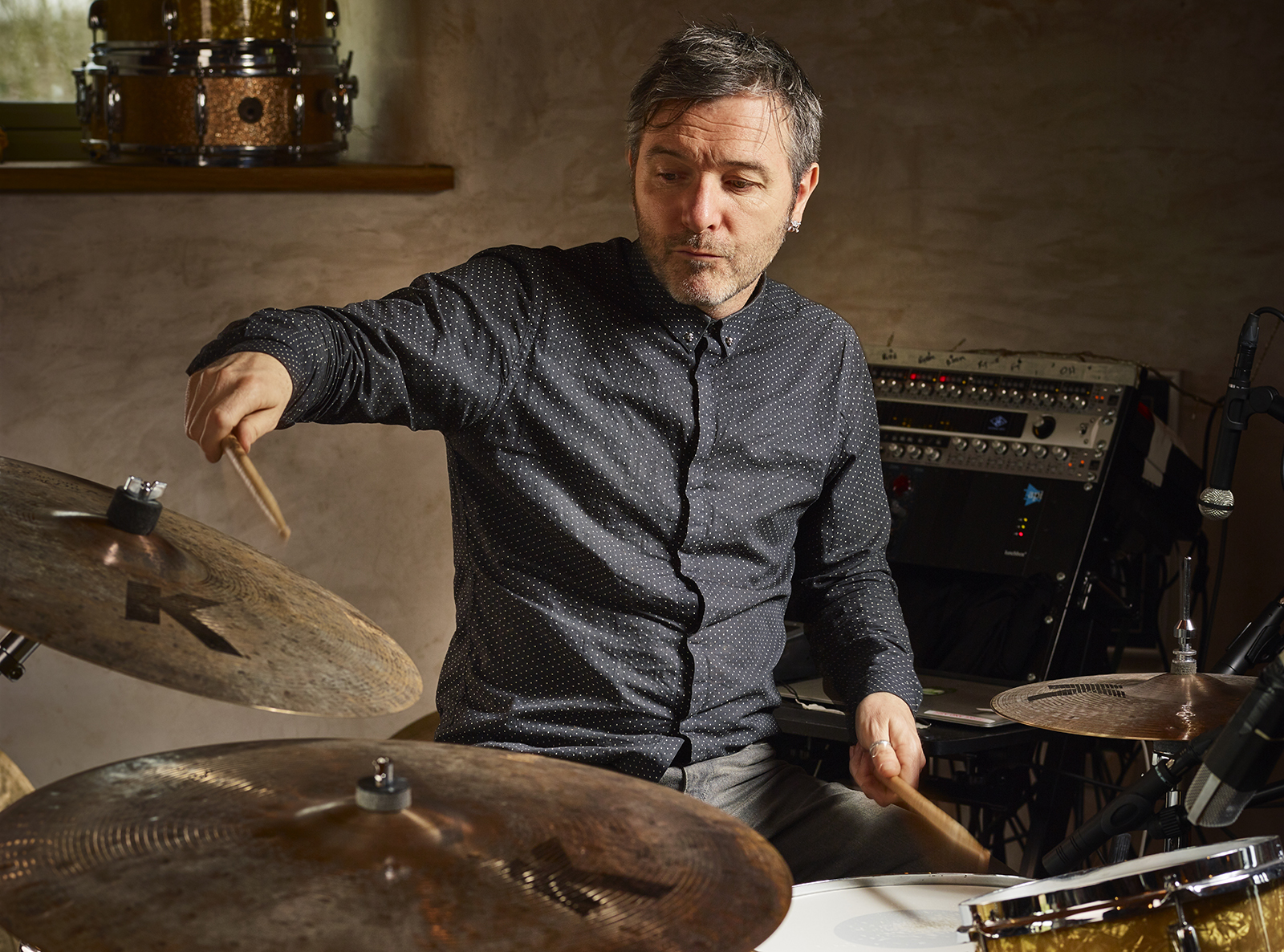 But his connections to such musical royalty are what delayed his first foray into social media. Soan had to be convinced that he, too, had a natural online audience waiting for him. “My journey started about 10 years ago when I had a chat with my wife’s friend Imogen Heap,” he says. “She was – and still is – the queen of Twitter from an artist’s point of view.”

Heap, who has nearly two million followers on Twitter alone, helped Soan overcome his initial doubts about the usefulness of social media for a drummer like himself. “That gave me the confidence to give it a go,” he says.

Soan began by keeping it simple: Post when he was gigging, if an album was coming out that he’d played on, or when he was recording. “I’d post images or videos to go with the posts too – basic stuff.”

But he soon found he was getting a big reaction: “I pretty much instantly had a positive response to these posts. Online I’d get lots of shares, comments and retweets. It even carried over into gigs: people started coming up to me at the shows I was playing, telling me they were inspired by my posts.”

Of course, this being the internet, not all of the feedback was so supportive. “I also started to get my fair share of negative stuff,” recalls Soan. “I think Brits just aren't good at hearing about achievement, it makes them feel uncomfortable. I’d tell my American friends about this, and they’d say: ‘Why would anyone get upset at hearing that you had an album that had charted that week?’ It seems strange, but that’s the experience I had.”

Fortunately, Soan didn’t let the trolls take him down. Now, years later, he has almost 10,000 followers on Twitter, 70,000-plus likes on Facebook and an astonishing 127,000-strong audience on Instagram, where he frequently posts instructional video clips. That’s in addition to his own popular website (ashsoan.com) where he offers digital drumming tutorials for download.

“If I look back at my time on Instagram, Twitter and Facebook I can honestly say it’s been nothing but a mind-bogglingly positive experience,” affirms Soan.

But can you really get work as drummer via social media networks?

“The answer is yes – 100 percent you can,” he says. “Through social media I’ve worked with musicians that I would otherwise never have met on a day-to-day basis. It connects you to a global platform, and a far wider range of artists and opportunities.”

What advice does Soan have for musicians who still aren’t sure whether social media is for them? Don’t expect to be seen in a smartphone-centric world if you’re not online. Make the most of it by reaching out to artists you admire and potential work contacts.

“I can tell you for a fact that your heroes and future employers are much closer than you think via social media and the internet,” he explains.

“If you represent yourself honestly your reach will grow as an artist and musician – you’ll make contacts you otherwise could never make. I wish it had been around when I started out!”