The Future of Journalism is Mobile 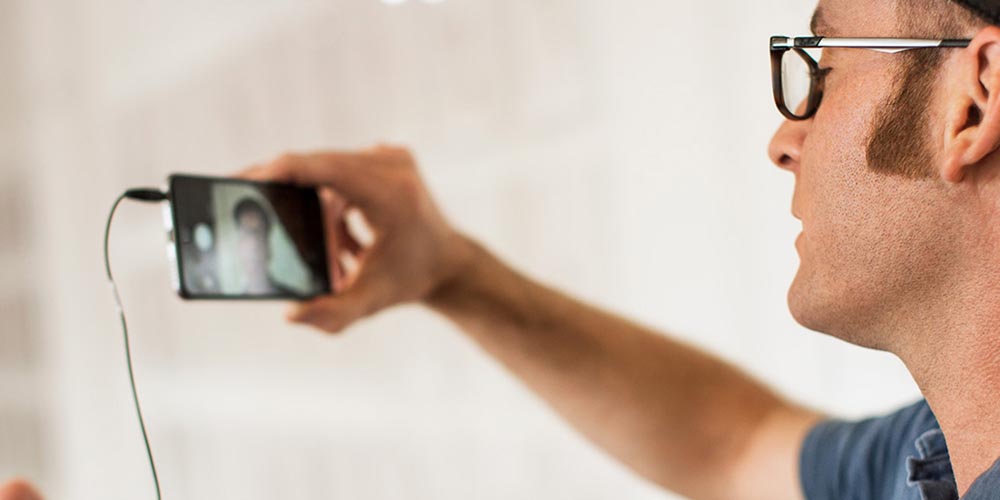 Few fields have undergone such radical change as journalism has in recent years. In a time of upheaval, only one thing is certain: The future of news in the 21st century is mobile.

After a subway train noisily scrapes into a station, a warning buzzes before the doors slam shut. Then a voice asks: "Hmm, what does Berlin sound like?"

The audio clip is part of Der Sound der Stadt, or The Sound of the City, a multimedia project by the Berlin-based daily newspaper Der Tagesspiegel. Taking to the streets, a team of reporters set out to uncover the soundtrack of Germany's biggest city. The ambitious endeavor combines text and images with samples of street noise, interviews and sounds from places like Berlin's world-class Philharmonic concert hall.

"It's very, very original," said Markus Hesselmann, who was the online editor-in-chief of Der Tagesspiegel when the project was realized. "We had a team of classic print journalists and put them together with technology freaks. It's really become one of our most popular audio-visual projects."

The internet, smartphones, broadband wireless and live-streaming apps are all new technologies have altered not just how people consume journalism, but also how it's both gathered and packaged.

Venerable newspapers are struggling as digital upstarts emerge. The line between print and broadcast news organizations is blurring. Multimedia tools are creating new forms of storytelling. These are heady times to be a journalist.

"It's changed tremendously. Almost nothing is the way it used to be," said Hesselmann, who has since taken on a new job at the newspaper focusing on hyper-local reporting for the digital age. "We all started out as print journalists because we didn't want anything to do with technology. All you wanted was a pen and a notepad to go out and do your reporting."

Hesselmann said Der Tagesspiegel now runs an almost 24-hour news operation, with smartphone-wielding reporters often covering local news as early as 5 am. "They send in little videos. They send in texts. The gadgets are getting easier to use so you can concentrate on your content," he said. "That is the main change: you're doing journalism on the go."

The internet has created a new way to reach vastly larger audiences while simultaneously reducing the gear and staff necessary for newsgathering: You no longer need a massive satellite truck with a huge TV crew to cover breaking news. There hasn't been this much technology-induced upheaval in the news industry since the advent of TV and radio.

Now a single reporter with a smartphone, high-quality microphone and broadband wireless connection can bring events from around the world to anyone carrying a mobile device. This new, flexible brand of digital news reporting is often called mobile journalism, or mojo for short.

"Big broadcast institutions tend to be very precious about the big broadcast infrastructure," Glen Mulcahy, a long-time mojo trainer, told the International Journalists' Network. "When something disruptive comes along, people tend to try to kill it as fast as possible rather than stepping back and seeing the potential."

That left an opening for new media outfits like Vice and Buzzfeed that cater to digital natives. But the old news industry appears to have finally caught on: After promoting mojo training for years, Mulcahy is now in charge of innovation at the Irish public broadcaster RTE. And another mobile journalism advocate, Björn Staschen, runs the NextNewsLab for the big German broadcaster NDR.

"Our main job is to find out how to use other means of production than we have been—big cameras, remote units—to produce breaking news for television, but also for social media and online journalism," Staschen told Shure in an interview in Hamburg. "And we're mostly, if not exclusively, looking at smartphones."

Maintaining Quality and Credibility in the Mojo Era

Mojo technology is doing more than changing how news is gathered, packaged and distributed by professionals. It's also democratizing the role of reporter. For example, video streaming apps like Periscope make it possible for anyone to broadcast an event live, with little or no editorial filter.

Experiences are often streamed raw and without context. That creates opportunities for independent journalists and bloggers, but it can present serious challenges for established news organizations, which are more accustomed to vetting and analyzing news items for their readers and audiences.

After an initial rush to live streaming, many editors are now trying to take some of the speed out of their news production and offer readers and viewers more reflection and context.

"Journalism is not just about holding your camera at something; it's about reporting and editing," said Hesselmann. Though iPhones decked out with professional mics and tripods might be replacing camera crews and satellite trucks, many in the news business believe all the rapid technological change is enhancing rather than fundamentally altering journalism.

"It's about complete storytelling," Australian television producer and mojo expert Ivo Burum said in a video message on YouTube. "Mojo for me is a philosophy and a culture before it's a technology."

In that regard, 21st-century mobile journalism looks a lot like the old-school reporting predating the internet age: Credibility and quality still win the day no matter what technology you're using to reach your audience.