The Advantage of Digital Wireless Systems 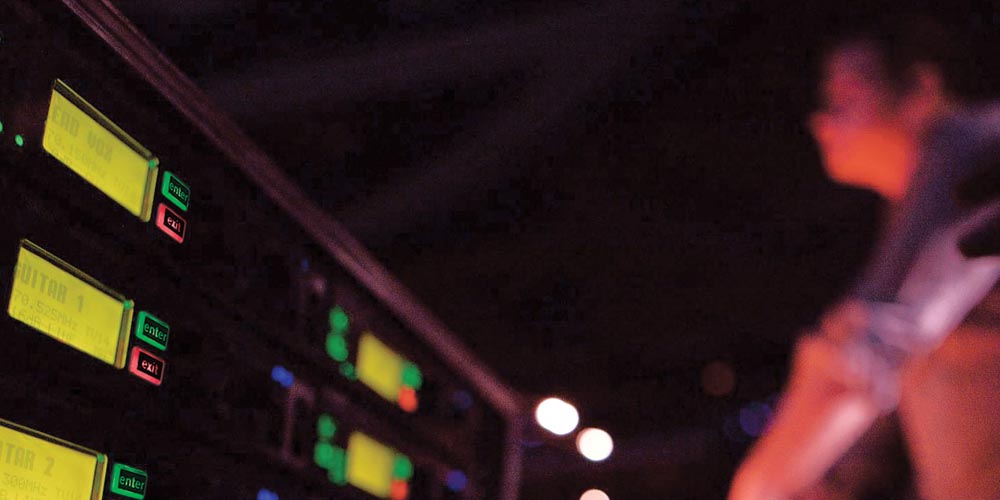 Users of wireless microphone and in-ear monitor systems have faced several disruptive challenges in recent years. From the Digital Dividend to the continuing development of 4G/ LTE networks, all have led to uncertainties. Most recently, OfCom added fuel to the fire by announcing their intentions to clear the 700MHz band as early as 2020. Needless to say, these changes continue to have huge implications for wireless microphone users, and subsequently, you need to select your system carefully.

Crystal Clear Audio at All Times

Digital systems can transmit a flat frequency response across the entire audible range, meaning the sound of the capsule is not affected by the wireless components in the same way an analogue system might be. Digital wireless systems convert analogue audio to a digital signal that modulates a radio carrier in discrete steps (ones and zeroes). The result is a digital audio signal that arrives at the receiver unaffected by the radio link. Also, any RF noise that may be present below a certain threshold doesn't affect the audio quality. Instead, the audio is always crystal clear without any added noise.

As briefly touched on at the beginning of this article, the amount of clear spectrum available to users of wireless systems has been significantly reduced in recent years. While greater efficiency isn't necessarily true of all digital wireless systems, the modulation type chosen by the manufacturer can potentially lead to much higher channel counts as explained below:

Higher channel counts are possible because the deviation of a digital wireless signal is more predictable than that of a frequency modulated analogue signal, allowing tighter channel-to-channel frequency spacing. Depending on the manufacturer and model, digital systems can often deliver nearly twice the channels in the same slice of spectrum as their analogue counterparts. This feature can be worth its weight in gold when facing an increasingly crowded RF environment.

Some systems such as Shure's ULX-D, take spectral efficiency to a completely new level by using High Density Mode. This unique mode further reduces the required space between active transmitters and permits for 63 wireless microphones to work in only 8MHz! This type of usage is incredibly valuable in installations or events that require a huge number of wireless channels across a larger venue where they are not used in a single space.

What Are the Disadvantages of Digital Wireless Systems?

Latency is commonly regarded as the main disadvantage of digital wireless. Latency is the amount of time it takes for a signal to arrive at the output after entering the input of a digital device. While large latency values could potentially be problematic, most high-quality digital systems produce less than 5 milliseconds of latency, which is acceptable to most listeners. On the contrary, latency is not a factor in analogue equipment as there is no conversion from analogue to digital and back.

Changes to RF spectrum have come thick and fast in recent years. Wireless microphone and in-ear users have been significantly affected by changes as a direct result of the switchover to digital TV and the subsequent expansion of mobile broadband services. Keep up to date with the latest changes and get your free guide to wireless frequencies in the UK by visiting LosingYourVoice.co.uk

Alternatively, for help choosing the right Shure Digital wireless system for your application, check out our previous post.