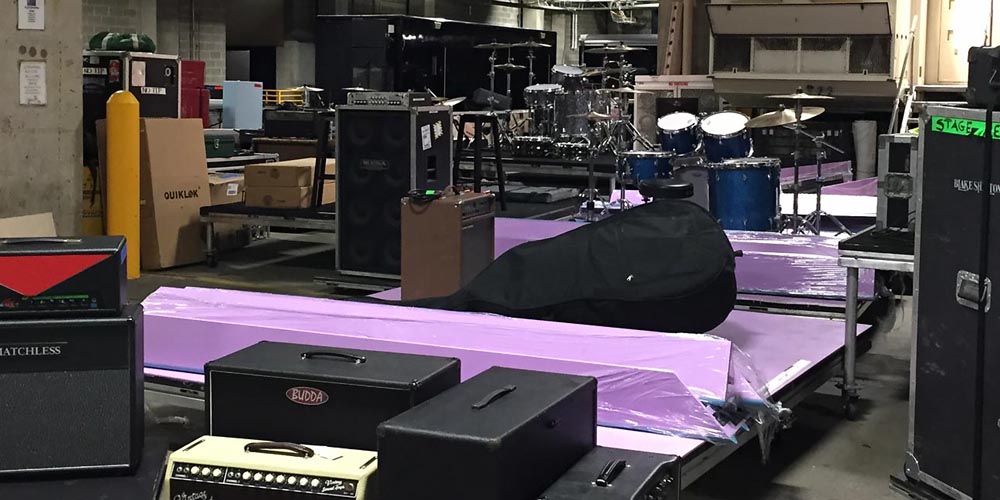 The 2014 CMA's were held Wednesday, November 5th in Nashville, Tennessee. Cory and I joined Ryan in Music City to catch all the action. Thanks for having us Ryan, it was an incredible experience I won't soon forget!

Wow, what can I even write? I went to the CMAs! Thanks Ryan! What an experience. I went into this last week, not knowing what to expect. I had an idea of what went on at award shows, but when I got there, I was overwhelmed and extremely impressed by the coordination that has to happen to pull off something like this. There were cords running everywhere, and in my head I was just thinking, How did they figure this out? All those cords ending and beginning somewhere to make the show go off without a hitch. The number of people it takes to make this show flow smoothly is incredible too. Each person's job is extremely important to the show's success, from production, to Front of House, to the roadies, to the lighting guys.

This really was a top-notch show from the always-energetic hosts Brad Paisley and Carrie Underwood to the incredible performances by Little Big Town, Luke Bryan and more. It was crazy to see how hectic things got backstage and see every person doing their part to make the show great. I don't get starstruck, ever... To me, everyone is a human, no matter what their job is, but I have to admit that of all the people I saw there, when I saw Connie Britton, I was like, "Oh hey, yep, yeah, that's Connie Britton." I always joke that she's my TV mom. I watched Friday Night Lights back in the day, and now I watch Nashville. She always plays this level-headed but cool mom, so when I saw her, that was pretty cool.

Another part that was cool to see was just how glamorous, yet unglamorous, the event is. What you see on TV is the final production of the show, and it looks extremely fancy and complete, but then when you're in the arena, you're like Yeah... I'm sitting on a folding chair in a hockey arena, haha, and the red carpet is literally a red carpet you could find in a high school. At the same time, though, it is glamorous in that these celebrities really are dressed up super-fancy. I mean, some of the dresses I saw were so exquisite it was insane, and the artists and presenters were rushed around to hair and makeup. I'm envious yet not at all at the same time. Do I wish someone could do my hair and makeup for me every day? Absolutely, but I don't think I could handle the constant rush of life these people have to experience. I will say one thing, though: the people of country music are a classy and humble bunch. Everyone was down-to-earth. Even watching rehearsals each day, the artists would joke around, introduce themselves to the backup singers accompanying them for the show, and use their manners. I was just really impressed by them. You hear all the time about artists demanding crazy things and being hard to work with, but it didn't appear to be that way at all with any of the acts we encountered.

As in the past, ATK Audiotek handled the PA system for the venue, the PSM®1000 systems for monitors, and the UHF-R® wireless systems for the performers. In the house, there were five PA speaker hangs at the front of the stage, one of which was the subs. There were also three delay hangs out behind Front of House. Systems engineer Jeff Peterson of ATK always does an amazing job of tuning the PA for the venue. Jason Spence was in charge of the stage left in-ear monitor mixes while Tom Pesa covered stage right mixes. Rick Shimer of Blackhawk Audio took care of house mixes for music, and Patrick Baltzell for announcing. James Stoffo coordinated the RF for the show. In the trucks backstage, John Harris and Jay Vicari of Music Mix Mobile were the music mixers and Mark King mixed the production. With a combination L.A. / Nashville-based crew, this show has definitely found its groove. Last but not least, Shure provided well over 100 wired mics. The SM58® and KSM9 capsules were the most frequently requested for vocals, while a select few went for the newer KSM9HS.

The 2014 performances were incredible. Some of my favorites included The Band Perry and Little Big Town. The Band Perry seriously has a sibling sixth sense or something because their harmonies are out of this world. They sang "Gentle on My Mind," and Kimberly Perry's dress was equally as stunning as her voice. Little Big Town rocked out the house with two performances including "Smokin' and Drinkin'" and "Day Drinking." While it was very strange to have Ariana Grande perform at the CMAs, I have to admit she has one heck of a voice. I actually really enjoyed her collaboration with Little Big Town. Between the lit-up costumes and the drumline, they had the whole arena dancing. Finally, I would be remiss if I didn't mention Carrie Underwood. She absolutely slayed the audience with her performance of her newest single, "Something In The Water." That woman is non-stop. She not only performed but also hosted (and she's pregnant). Talk about a trooper!

Overall, this was one unforgettable experience, and I learned more than I could have imagined. Spending time with Jason Spence observing monitors and also seeing how they mixed sound for Front of House versus for broadcast was super-cool. All of the engineers, production guys, etc. were super-friendly and willing to explain things, which made it even better.