Sounds of the Subcontinent: Recording an Indian Audio Diary

From blaring and brash to tranquil and serene, India is a vibrant symphony of sounds. Matthew Bell created an audio diary of his recent trip to the country armed with just a Shure MV88 microphone and an iPhone. 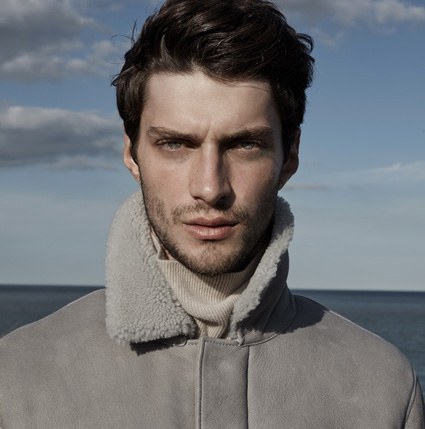 Modeling jobs take Matthew Bell all around the world.

Since starting his career as the first male winner of the prestigious Elite Model Look contest in 2011, he has walked in fashion shows from New York to Tokyo for Burberry, John Galliano, Paul Smith, Dries Van Noten and Raf Simons. The Liverpool native has also been the face of McQ line by Alexander McQueen and Dior Homme.

While traversing the globe for work and fun, Matthew likes to document his experiences on Instagram and Twitter. So Shure asked him to create an audio diary of his recent trip to India. Upon his return, we spoke with him about his travels and how he used an MV88 digital condenser microphone and his iPhone to record the sounds of the subcontinent.

Paul Crognale: Thanks for sharing your sound excursions with us. What parts of India did you visit?

Matthew Bell: Flying into Mumbai, I'd arrived with high expectations after visiting India two years previous. With a loose plan as to where I was headed, I booked trains and buses, usually on the day or day before. After a few days in Mumbai, I also visited Hampi, Kochi (via Goa), Varkala, then up into the mountains where I stayed in Munnar, before making my way back to Mumbai.

When I was there it made total sense but on a map, it's all over the place.

PC: What was the highlight of the trip for you?

MB: In my opinion the UNESCO World Heritage Site of Hampi, where you are faced with several ruined temple complexes.

Crossing the river there meant a leap and a jump from rock to rock. Women washing clothes and bathing their children. The temple complex hanging over you. It was a surreal place. There was also a pilgrimage to watch the "Car Show," which turned out to be a load of young men pulling a huge cart in front of the main Temple, with onlookers smashing coconuts and eating from the street vendors.

PC: Thinking of India, the food, the sounds and the colors immediately spring to mind. What impressions did you have?

MB: India is without doubt a sensory overload. You smell things that are indescribable, you can taste the most incredible combinations of flavor. Lasting memories of India for me are the copious amounts of chai tea I had the pleasure of drinking with so many different people. Playing real-life Crazy Taxi while travelling between villages in the middle of Rajasthan. And the densely packed trains of Mumbai suburbs. All of these things will have a lasting impression! 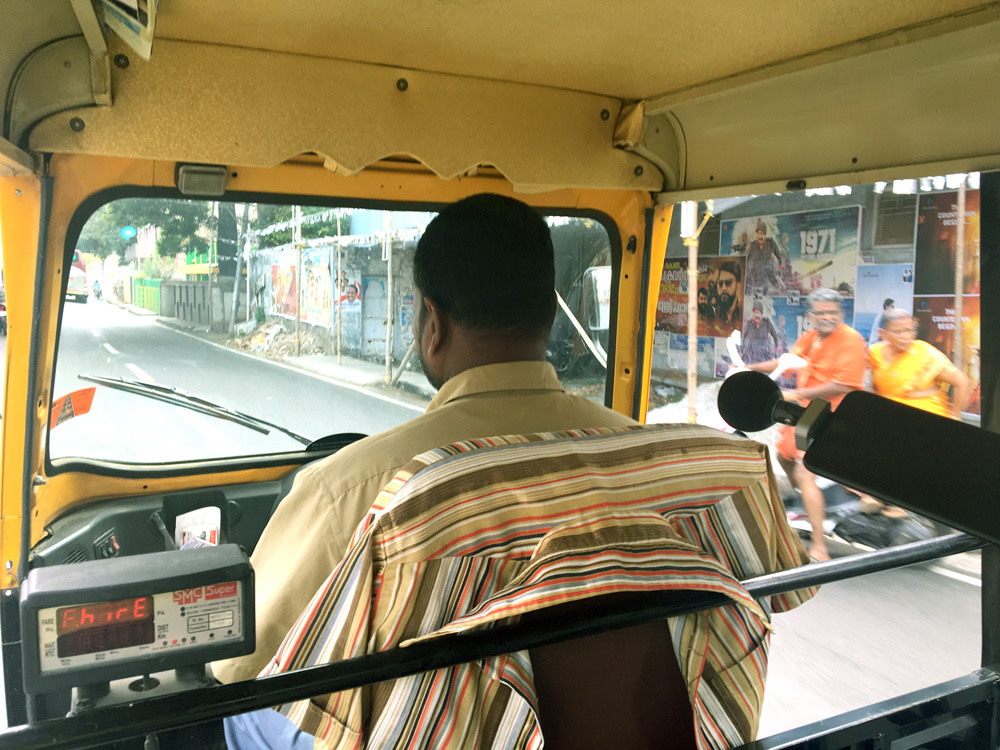 PC: How does it feel listening to your "audio diary?" Do you find some sounds appear more abstract than they did at the time?

MB: For sure, almost all of it seems abstract listening back out of context, especially the Church of St. Cajetan. Naked children running around having fun with bats adorning the altar. I knew it was strange, I didn't realize quite how much.

PC: All of the sounds you recorded in India were captured using the Shure MV88. How was it using the mic and the MOTIV app?

MB: The world we live in now, you can't go anywhere without your phone and utilizing that, the MV88 was a dream. In the side pocket of my day bag, taking such a small space for such high quality recordings, it was ideal. After just a few recordings, I quickly familiarized myself with how to use the app and get the desired results.

PC: Is there a particular sound from the trip that you were particularly pleased with or holds a special memory for you?

MB: I fondly remember Mumbai Train Station as it was my first day and I knew I was back in India. The scents, the noise, the people, everything. It felt like nothing had changed in almost the two years I hadn't been there and I just slotted back in, this time armed with a microphone to capture it.

PC: Anything you'd recommend for persons traveling to India?

MB: I think regardless of the type of trip you have in India, traveling around even just a day or two makes you realize how easy it is to get lost and how tough sometimes to simply take a train to the next town or station. I'd say keeping calm and accepting that things aren't always going to go according to plan is important – from ordering a curry to booking a plane ticket. 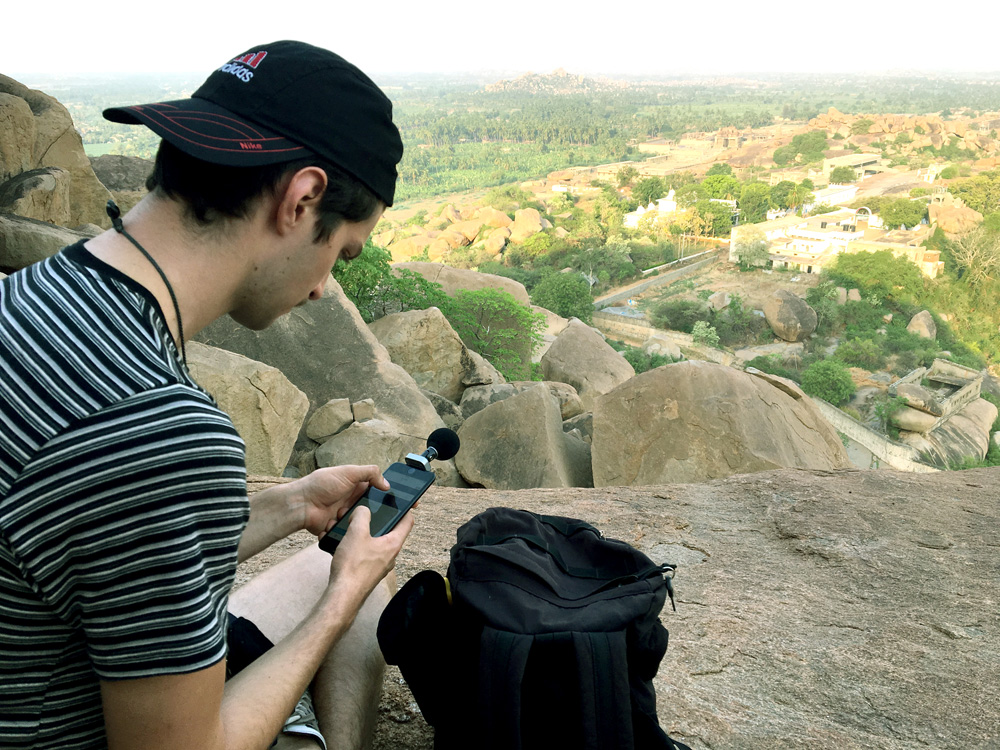 PC: Is it true you also play the saxophone and guitar?

MB: In my spare time I do enjoy playing guitar and saxophone! I used to use an old tape dictaphone, distort the tape a little and record bluesy tunes and guitar parts. Nowadays, there's nothing quite like a crisp recording and the ease of having everything stored on an app to delete rather that rewind the cassette.

MB: I'm in the process of putting together an exhibition space for spring 2018 about India. I'm working with a photographer called Ash Kingston and Josh O'Challans at Elite London with the idea of showing a side to India many don't necessarily know about. With some imagery, I think the atmosphere of the sounds recorded will be elevated to another level.

You can listen to the sounds Matt recorded in India below:

Click here for more on recording with the MV88 digital condenser mic and the MOTIV app.