Six Questions for Choosing a Personal Monitor System for Your Church 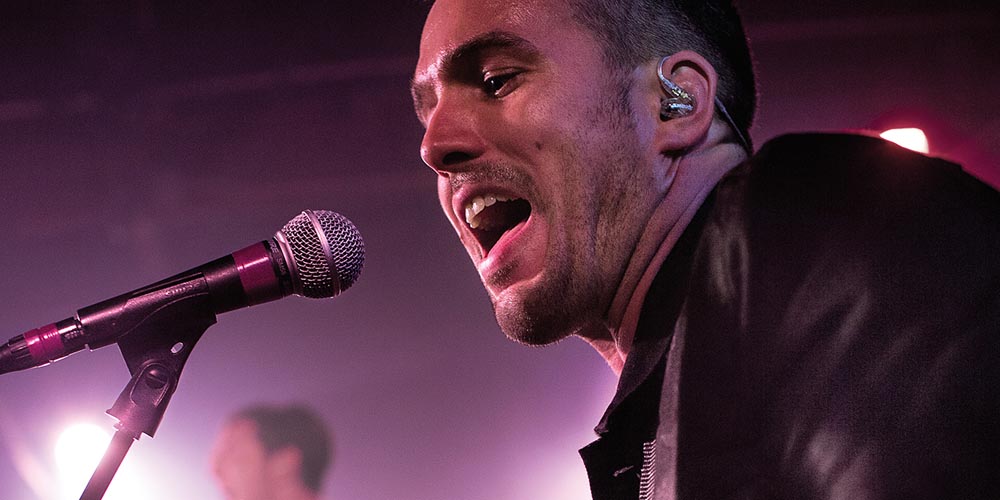 Does this sound like your church's praise band? The guitarist, in order to hear himself better, turns his amplifier up. The drummer responds by playing louder. Soon, the singers need more monitor to compete with the increasing volume levels. Eventually, everything gets turned up to 11.

This cycle of sonic escalation increases the noise on stage, reduces the overall sound quality of the music and degrades the worship experience. The high-ceilinged, hard-surfaced environment of a chapel, designed for sermons, choirs and acoustic instruments, only adds to the challenge. The situation can be even worse for mobile churches operating out of a school gym and other acoustically challenged venues.

The answer for many congregations in search of a quieter stage, less feedback and more control over individual mixes is personal monitoring. Fortunately, today's entry-level wireless in-ear monitoring (IEM) systems including transmitter, bodypack receiver and earphones are far more advanced and considerably less expensive than the equipment first appearing in many mega churches nearly two decades ago.

An easy way to determine what kind of system is best for your church is by answering some basic questions about your praise team, their needs and your mixing console.

1. Who can benefit the most?

Personal monitoring isn't just for vocalists. Drummers with IEMs tend to play quieter and with more control. It can be of benefit to organists, especially when they're located at the opposite end of the sanctuary. If choir microphones are fed into the organist's personal monitor system, it can help eliminate time delays.

In-ear monitors can also be a great option for pastors. Lavalier and gooseneck microphones are especially prone to feedback issues from floor monitors due to their increased sensitivity and greater distance from the sound source. Personal monitoring eliminates the problem.

Choir directors use it for cues or to hear the pastor more clearly. And there's this: You probably already know which members of your praise team are the biggest volume war offenders. So they may be the best place to start.

Audio engineers also use in-ear monitors for microphone placement in front of loud instruments like guitars and kick drums. The engineer can walk right to the front of the amp cabinet with a microphone and position it for the best audio without being exposed to louder-than-normal sound pressure levels.  Everybody wins.

2. Wired, wireless or both?

Personal monitoring systems come in both wireless and hardwired versions.

A hardwired system requires the performer be tethered to a cable. That's not necessarily a negative. Drummers, back-up singers and keyboard players (who are stationary) can take advantage of the lower cost and greater simplicity they offer.

Hardwired systems also work without the hassle of finding clear frequencies. And if several performers share the same mix, hardwired systems can be daisy-chained together without experiencing significant signal loss.

Wireless equipment is more sophisticated, more expensive and requires greater attention to detail. Still, consider the advantages of a free-to-move worship leader or guitarist being able to hear a consistent mix from anywhere on the stage.

When several performers share the same mix, hooking them up is even easier. You can use as many wireless receivers as needed to monitor the same mix with no adverse effects. Plus, there aren't any cables to trip over.

3. Can the band share monitor mixes or will individuals need their own?

The answer to this question depends on how many people are in your band, who needs a personal monitor and the band's ability to agree on what they want to hear in their mixes. Here are some typical solutions:

In a perfect world, everyone wants to listen to the same mix. Of course this defeats the primary benefit of "personal" monitoring allowing each performer hearing themselves.

An inexpensive configuration for two mixes is one for vocals and the other for instruments. In a system with dual-mono operation, the performers individually choose how much of each mix they want to hear. It's is a cost-effective way to transition into personal monitors, but it still requires a good degree of consensus among band members.

Another scenario gives the drummer a separate mix. This option works well for two reasons: First, drummers, in general, want to hear considerably more drums in the monitors than other band members. And second, drums can be heard acoustically, especially in bands that perform on small stages and may not even be necessary in the other mixes.

We're assuming that the vocalists are able to agree on a mix of the vocal microphones. While forcing singers to share the same mix encourages a good vocal blend, this theory often falls apart in practice. Separating out the lead vocalist to an individual mix will address this issue. Here's how to accomplish it in three mixes.

Place some of the backup vocal mics in the "instruments" mix, and adjust the "vocal" mix to satisfy the lead singer, even if that means adding some instruments to the "vocal" mix. This offers:

4. How many mixes are available from your console?

Monitor mixes are typically created using auxiliary (AUX) sends from a mixer, either the front-of-house (FOH) console or, if you have one, a dedicated monitor console.

A typical small-format console will have at least four auxiliary sends. Whether or not all these are all available for monitors is another matter. AUX sends are also used for effects. Available sends are the final determinant for the number of possible monitor mixes.

Most personal monitor systems allow for monitoring in either stereo or mono. At first glance, stereo may seem like the obvious choice, since we hear in stereo, but there are monitor considerations.

Stereo requires two channels of audio. What this means for personal monitoring users is two sends are required to create a stereo monitor mix – twice as many as it takes to do a mono mix. Stereo monitoring can quickly devour AUX sends. If your mixer only has four sends, you can only create two stereo mixes.

While not quite as realistic-sounding as stereo monitoring, mono allows more mixes from a smaller mixing console – and sometimes fewer transmitters. If you only need one mono mix, mono-only personal monitoring systems can save you money.

Some stereo transmitters can be operated in a "dual-mono" mode, which provides two mono mixes instead of one stereo.

6. What's the best use of your budget?

A good wireless system – including a transmitter, receiver and earphones – can cost anywhere from several hundred to several thousand dollars. One way to get started is to introduce personal monitoring gradually, one member of your praise team at a time. You'll eliminate at least one floor monitor and give other performers a chance to test them and experience the difference during rehearsals.

Just remember adjusting to change can take some time. Your praise team may have some difficulty adapting to in-ears after years of performing in front of stage monitors. Aiming mics at the congregation and adding that ambience to the mix will counteract feelings of being cut off from the audience.

According to worship educator Jeff Urke, "The most important thing in making the transition to in-ears is getting adjusted. This could take weeks or months of consistently using them for both performances and rehearsals. It sounds simple but the more you use a tool, the more accustomed you are to it and the more valuable it becomes to you."

For Professional Installed and Touring Applications:

Sergio Alvarez is a product specialist for wireless systems at Shure. His interests typically revolve around music, sound design, travel and food. In his free time, you'll find him either planning a trip or learning about new sound design techniques for his intimate live DJ sets. Sergio is a graduate of Northwestern University, with a Bachelor of Arts in Business and Music Technology.