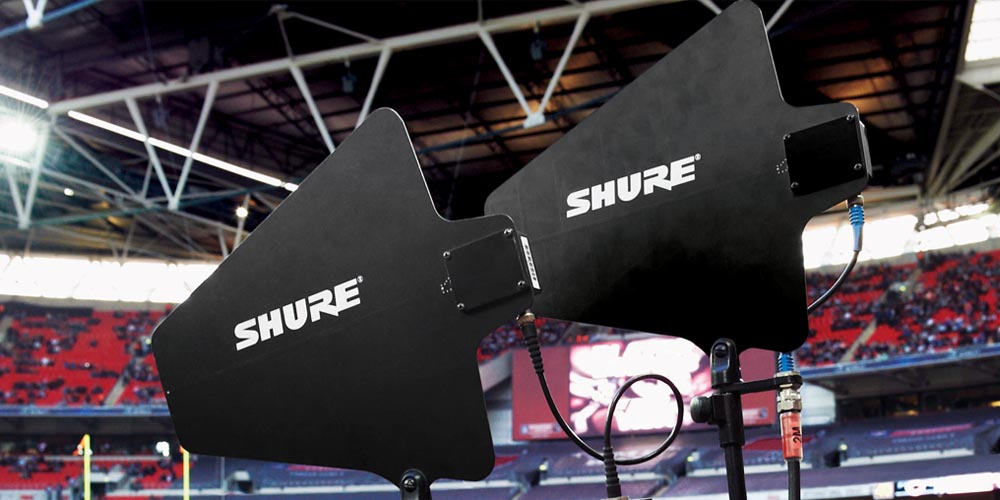 Like microphones, antennas are transducers, converting energy from one form to another. In the case of transmitting antennas for in-ear monitors, they're converting current into electromagnetic waves; for wireless microphone systems, they perform the reverse.

The size of antenna required is related to the wavelength. For example: in a VHF system operating from say 170 to 216 MHz, we'd be looking at a wavelength of approximately 1.5 metres. In the UHF bands, however – from say 470 - 790 MHz – the wavelength shrinks significantly.

Design of antennas can vary the performance greatly; manufactures are able to change the directionality of an antenna, the forward gain, and even the operating bandwidth.

Let's take a look at some of the more common designs:

There are two general types of antennas for wireless microphone and in-ear systems: omnidirectional and directional.

Omnidirectional antennas are typically either quarter wave or half wave, which means that if the wavelength of UHF is half a metre, then the size of a half-wave antenna would be 25 - 30 cm's long. Another characteristic of omnidirectional antennas is that they're vertically polarised, meaning they receive and transmit around the length of the antenna as illustrated below. Lastly, omni antennas have uniform sensitivity, as they operate evenly 360° around the vertical length.

Moving on to directional antennas, these guys are characterised by their increased on-axis sensitivity; as demonstrated below, you would receive increased forward gain in one direction. This functionality is particularly useful in harsh RF environments where the noise floor isn't ideal and you need to cut through it to receive a strong signal. Also useful is the increased range capability.

Often, you'll hear folks claim that active antennas are better than passive because you receive more RF. In actual fact, it depends on your application. The booster on an active antenna is really only designed to compensate for RF cable loss. This also comes at the expense of signal clarity, as some extra noise can be introduced in the system.

When considering the best place to secure your antennas, there's a few factors you should keep in mind.

We hope you found our brief overview of antenna selection and placement useful. To learn more, consider attending one of our Wireless Mastered or Wireless Workbench training sessions. To ensure you don't miss our next whiteboard session video, please subscribe at LosingYourVoice.co.uk or simply enter your details below. If you missed last week's video, check it out, here. See you next week!