The Signal Path podcast from Shure brings you exclusive interviews with the people shaping the world of audio. Listen to the latest episode with up-and-coming engineer, producer and writer Steph Marziano.

For the latest episode, Bells Driver sat down with Steph Marziano. 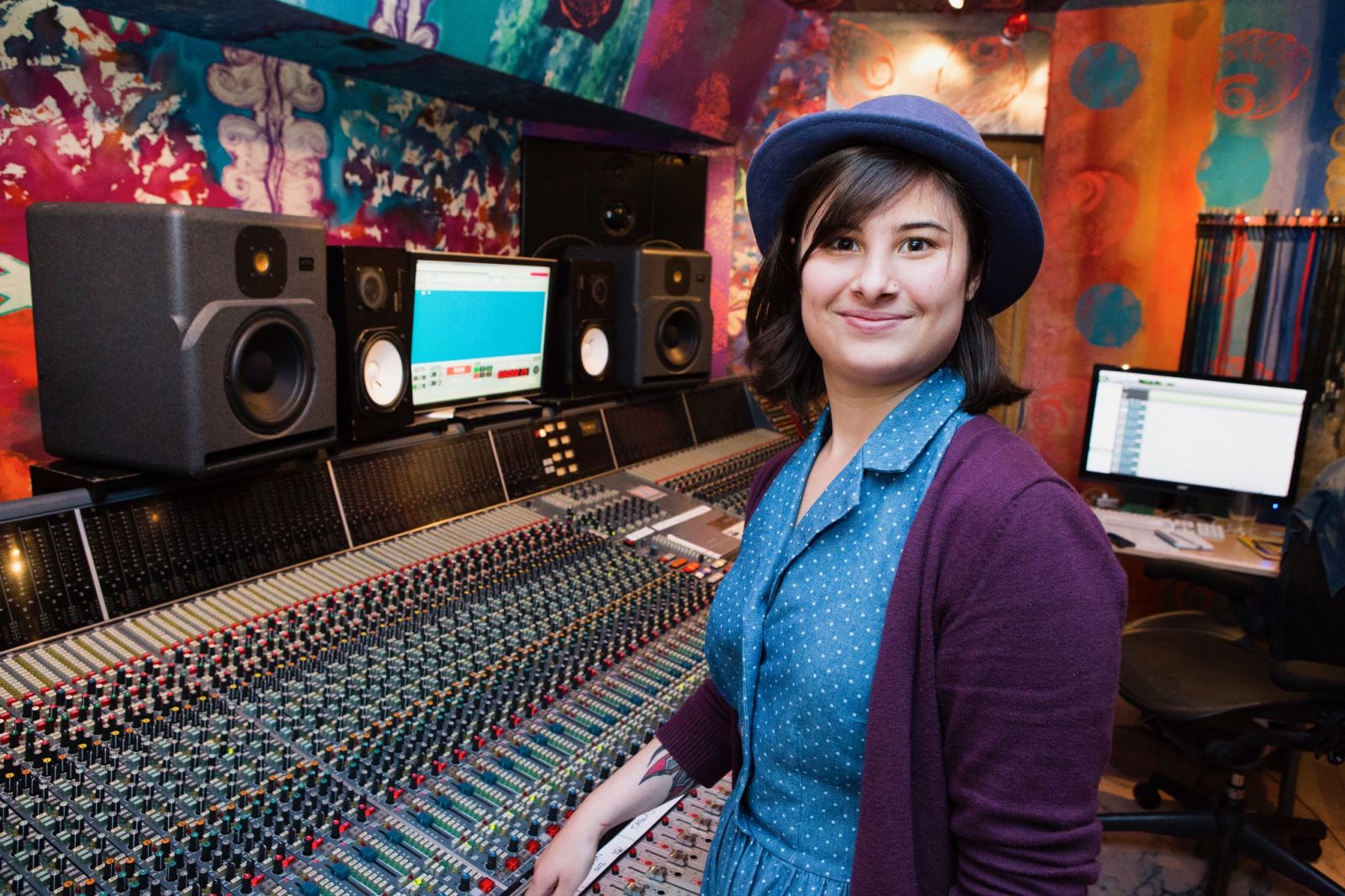 The up-and-coming producer, mixer, studio engineer and writer has already worked with the likes of The Prodigy, FKA Twigs and Denai Moore. Based in London but originally from the United States, she splits her time between two prestigious studios in the British capital, Strongroom and RAK, as well as her own. In 2018, she was nominated in the "Breakthrough Engineer of The Year" category at the Music Producers Guild Awards.

In the podcast, Marziano describes what it's like starting a music industry career in a foreign country, offers tips for budding assistant studio engineers and explains why she likes to sample elephant sounds.

Growing up in suburban America, she always had a desire to work in music and planned to study in New York City. But that all changed when she found out about the Liverpool Institute for Performing Arts, or LIPA, where she ended up studying sound technology.

"I knew pretty much nothing about England," Marziano admits. "I looked at the school and it was amazing. It sounds cheesy, but it was the first time I really felt like I belonged. I thought: I'm not the freak anymore."

After finishing her degree, she went back to the States for a brief time before returning to London to look for work as an assistant engineer. It was then that she discovered the job entailed a lot more than just technical tasks.

"I feel assistant engineers are the unsung heroes of the recording world," says Marziano. "People think it's an easy job, but it's not. You've got to know the studio better than the engineer."

She learned many technical aspects of assisting during a demanding three-month studio stint for UK big beat pioneers The Prodigy. But Marziano soon realized there were representative duties she didn't initially expect: "You've got to be the face of the studio. Do the mood lighting and flowers. That's equally important as the intense technical stuff."

Though quite different in style, both Strongroom and RAK studios offer unique atmospheres that make spending long hours in the studio much more bearable, says Marziano. And that's something she's brought to her own personal workspace.

"I'm a big fan of vibe lighting," she says pointing around her studio. "If you took all the vibey stuff out of here, this place would look like a hospital."

Though still regularly working as an engineer, Marziano has also started producing, a difference she describes as being the "mind" (engineer) or "heart" (producer) of an album. She keeps busy writing music, too.

"I like engineering, don't get me wrong," she says. "But producing is just way more my thing. Being able to see an album from start to finish."

So what's the one piece of studio gear she couldn't currently live without? A Digitakt sampler from Elektron.

"I think it's probably the love of my life, that drum machine," she gushes. "It's changed how I work on music. How I write. How I produce. I use it for everything."

It even inspired Marziano to sample sounds from a nature documentary. "Pretty much all my drum sounds are elephants," she admits with a chuckle.

Listen to the full interview with Steph Marziano and subscribe to Signal Path from the podcast provider of your choice below.