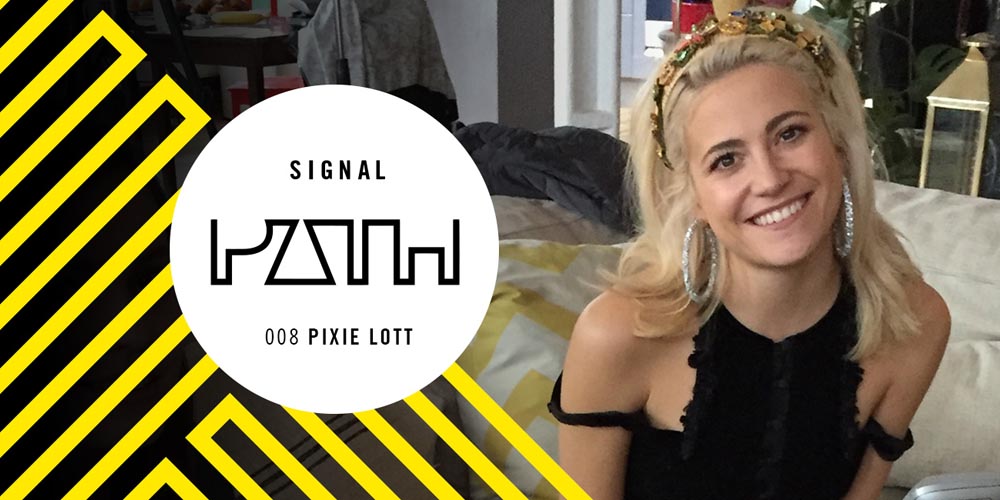 For the latest episode, Mary Spender spoke with Pixie Lott.

The singer and songwriter from London achieved instant success when her debut single, Mama Do (Uh Oh, Uh Oh) topped the UK charts back in 2009. She has since toured with Rihanna, written songs for Selena Gomez and still found time to start an acting career.

In the podcast, Lott discusses her early musical education, her creative inspiration and working with big stars like John Legend and Stevie Wonder.

Lott explains that going to a performing arts school came naturally to her, even at a very young age. After starting out with acting classes at five, she was learning music, dance and drama full-time from 11 to 17.

"It was loads of fun really," the now 27-year-old entertainer says. "I always knew what I wanted to do."

She still hesitates to call herself a "triple-threat" talent, however.

"That's the goal always: I'm obsessed with being a well-rounded performer," Lott says modestly. "I want to be as best as I can at singing, dance and drama."

Obviously, that amount of ambition makes pressure preprogrammed. But facing setbacks and a steep learning curve never appeared particularly daunting to Lott: "You sort of need those to get on to the next chapter."

Still, she readily admits that she has benefitted greatly from the support of her tightknit family.

"They've always been with me from the start. And that's maybe where I've been luckiest," Lott says. "It's easy to see how people could go off the rails with all the craziness. No one has tried to take advantage of me."

Aside from that familial anchor, the singer makes sure to take care of her pipes while fulfilling her heavy touring schedule.

"A lot of my songs are quite high and when you hammer them out each night, you really have to look after your voice properly," Lott explains before revealing her vocal care regimen: "Lemon, ginger and honey."

Despite her considerable success, Lott is candid about her appetite for more and how she tries to stay grounded: "I'm quite impatient. It's not always your time. It's not to say it won't happen. The only thing you can do it work really hard so when the opportunity comes, you can grab it with both hands."

Listen to the full interview with Pixie Lott and subscribe to Signal Path from the podcast provider of your choice below.