The Signal Path podcast from Shure brings you exclusive interviews with the people shaping the world of audio. Listen to the latest episode with Marten Berger, a producer traveling around Europe to record street musicians with his mobile studio.

Hear the stories behind the music with the new podcast Signal Path.

For the latest episode, we sat down with Marten Berger inside the cozy confines of an old ice cream truck converted into a mobile recording studio. 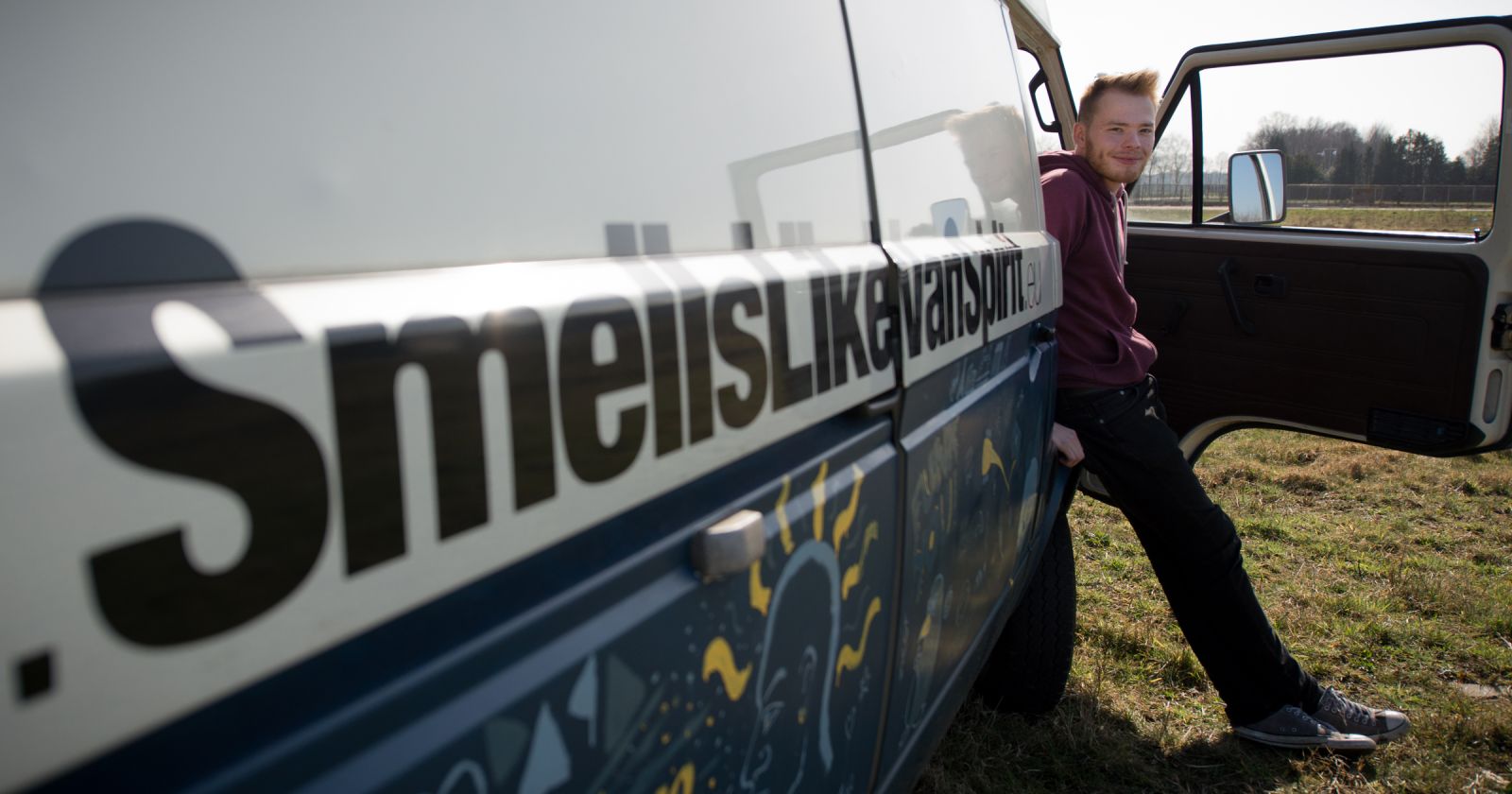 The 25-year-old producer has spent the past year living and working in his trusty VW bus, crisscrossing Europe to seek out the Continent's best street musicians.

Berger eventually intends to produce a double album showcasing the rich talents he has met during his epic road trip. He hopes it will give people a greater appreciation of those unsung urban troubadours – musicians normally just playing to a few passersby on a local street corner.

Shure has been following Berger's musical journey Smells Like Van Spirit from the start, and we caught up with him late last year during a stop in Berlin.

In the podcast, he describes the first months of his travels through Scandinavia and the Baltic states.

"My goal is to share music from every corner of the European Continent," he says. "I'm taking more time than expected, but I'm super happy to be on the road and doing this project."

Since speaking with Shure in the German capital, Berger has made it all the way to Portugal in pursuit of Europe's best buskers. He's recorded everything from more traditional guitar-toting singer-songwriters to a street rapper who prefers to sit on the pavement while busting rhymes.

A Studio on Wheels

Berger explains in the podcast that converting an ice cream truck into a mobile recording studio was an exercise in stripping everything down to the essentials – both for everyday living and recording music. Aside from a solid collection of mics, the producer uses his laptop as a 16-channel digital audio workstation to get the mix just right before heading off to the next city.

"It's cool to have some analog gear – I have some preamps, but otherwise everything is done in the box," he says. "I have solar on the roof for energy. It's very do-it-yourself."

Despite the uncertainty and challenges presented by constantly being new in a city and working with different street musicians, Berger is clearly enjoying being a vagabond producer.

"Van life is slow life," he says. "I usually don't plan ahead more than one full tank, which is about 600 kilometers."

Listen to the full interview with Marten Berger below. And be sure to subscribe to Signal Path via your preferred podcast provider.