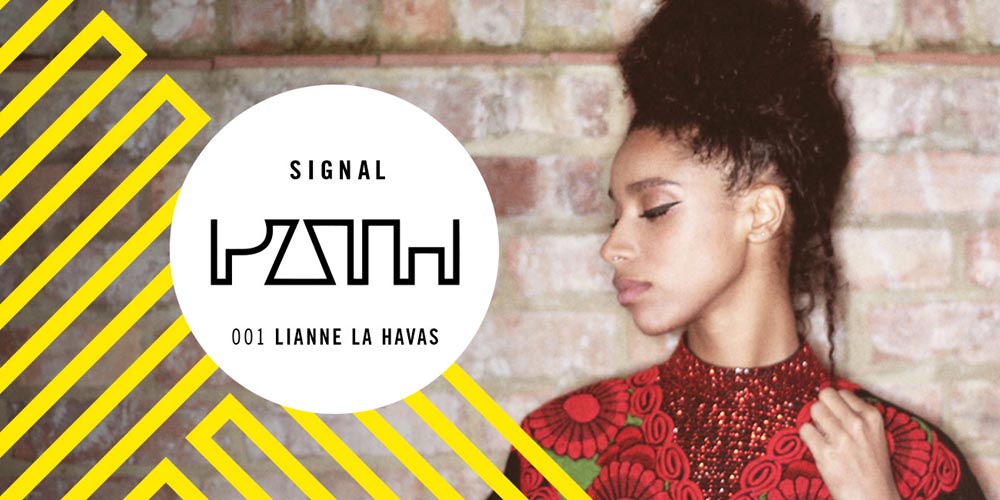 Hear the stories behind the music with the new podcast Signal Path.

For the first episode, we sat down with Lianne La Havas.

Still only in her twenties, the London-based singer and multi-instrumentalist has performed with Prince, collaborated with Alt-J and opened for Bon Iver.

In the podcast, La Havas talks about how she got started, how she discovers new music and what her typical day in the studio is like.

Coming from a musical family, she says her father introduced her to instruments at an early age.

"I started on piano. I started with a keyboard at the age of seven," she says. "I also dabbled in drum lessons. That's the only instrument I've ever had a lesson in."

Though guitar is now her weapon of choice, it was actually the last instrument she learned to play. She says she's never had any formal training: "Basically self-taught using YouTube videos."

Unlike some artists, she doesn't try to shield herself from outside musical influences while working on her own songs. "I go out of my way to absorb things now," La Havas explains. "Even if it does influence you, that's ok. That's what it is. All music comes from some other music."

Though she's a big fan of vinyl, she still hunts for new music online. "I have to admit, Apple Music has become a really good tool. I also spend a lot of time browsing Twitter and Instagram," she says, but continues: "There is that desire to have a physical artifact. Vinyl is coming back."

Soul, folk, R&B, jazz, indie: Blending those diverse influences into her own unique sound means no two days are ever the same while working in the studio.

"It really depends on where I am geographically or the people I'm working with," she says. "Lately, I go into the studio around twelve or one. I've prepared a guitar part or I have a bunch of ideas that I want to work with. Or I'll make a beat."

La Havas also lets slip that a new album is in the works, but she's stopped giving herself hard deadlines to finish her music: "If it's good enough when it comes out, then I don't worry about it."

Of course, it doesn't hurt spending more time recording when you really love what you're doing. "A perfect day is often in the studio," she says. "When you've made some breakthrough."

Listen to the full interview with Lianne La Havas below and click your channel of choice to subscribe to Signal Path.