The Signal Path podcast from Shure brings you exclusive interviews with the people shaping the world of audio. Listen to the latest episode with Bryan Grone and William Garrett from Spotify Studios.

For the latest episode, Brooke Giddens spoke with Bryan Grone and William Garrett from Spotify Studios in New York City.

Grone is the executive producer of Spotify Singles, exclusive recordings by well-known musicians made solely for the popular online music streaming service. Garrett is chief engineer at the custom-build studio. 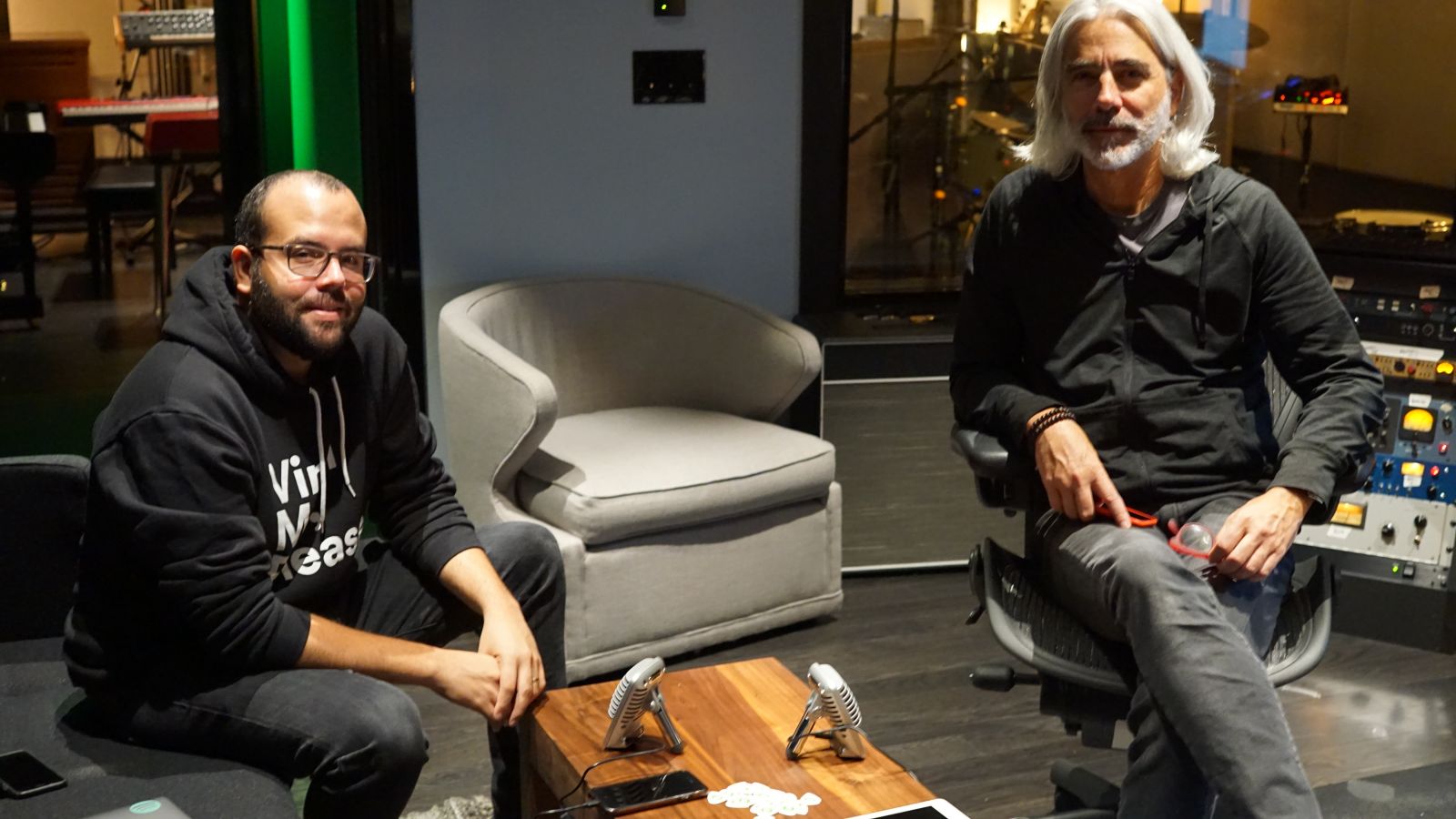 Spotify opened up the recording studio in the summer of 2016 to beef up its original content offerings.

"We have great access with artists," says Grone in the podcast. "We really wanted to … put them in a space where they feel incredibly comfortable to create something where we'd all walk away and be really proud of it."

Visiting musicians are encouraged to record one of their own songs and make a cover of another artist's work. In 2017, for example, Ed Sheeran covered Britney Spear's "…Baby One More Time" and John Legend did a rendition of the Marvin Gaye classic "What's Going On."

"When you start a project in a new studio it can be a bit nerve-wracking cuz you really don't know what it sounds like," explains Garrett. "And we are very lucky to have wonderfully built room. A great sounding room. With a couple of tweaks, we really brought the specs up."

In just a couple of years, Spotify Studios has recorded over a hundred sessions, quickly gaining a reputation for its enviable collection of equipment in the process.

"It's a lot of the gear I've have admired from a distance my whole life," says Grone. "I've been able to explain to Spotify as a company the value of investing in this type of gear upfront. A lot vintage iconic pieces."

So which item in the studio really catches the eye of visiting artists?

"One wins hands down and it's actually the first piece that Bryan got: Our 1969 Red Top Wurlitzer electric piano," says Garrett. "People are always fascinated by that. It's been used on so many recordings we're thinking we should give it its own playlist."

Now that the New York studio has established itself, Grone is looking to leverage Spotify's global reach with regional versions of Spotify Singles.

"Who knows? One of the songs that happens from one of those Singles (sessions) could break an artist in another territory," he says. "That's something we'd be incredibly proud of."

Listen to the full interview with Bryan Grone and William Garrett below. And be sure to subscribe to Signal Path via your preferred podcast provider.