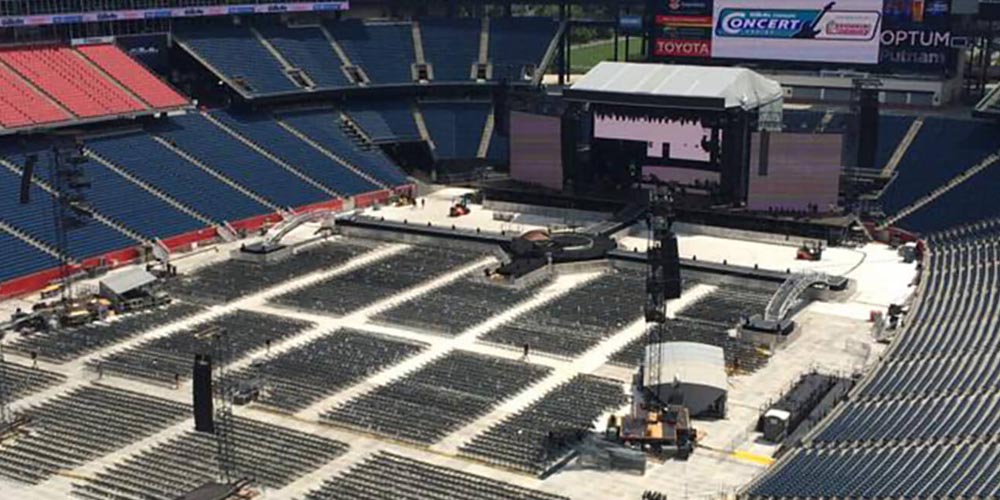 Due to some unfortunate recent events that became national news stories, safety has moved from a peripheral concern to front and center for touring and event planners. Nobody wants to see fans or artists get hurt when they're supposed to be letting loose and having fun together. Thinking of those accidents reminded me of Sgt. Phil Esterhaus from Hill Street Blues, and the way he used to wrap daily meetings with his officers by saying, "Let's roll…and let's be careful out there."

I thought of that phrase more than once while attending the Touring Career Workshop in Nashville. It's a free event and is an amazing opportunity for people in the music industry, from students to veterans, to network and regroup about topics like surviving in the business, resolving conflicts on the road, staying healthy on the road, navigating the new health care laws, and lots more.

This year, I attended Pete Healey's "Show & Site Safety" session. Pete is the Production Manager and Front of House engineer for superstar country artist Luke Bryan. Luke's touring schedule this year included performance at theaters, arenas, and some football stadiums. I was lucky enough to catch the show at Soldier Field a few months ago. It's quite an amazing production, requiring a huge crew working many hours to erect a giant stage with audio, video and a fireworks display capping it all off. Thinking about that production through the lens of safety concerns gave me a whole new perspective on it, though.

Pete explained that when he attended the Touring Career Workshop a year before, the keynote speaker was Jim Digby, a 30-year industry veteran and the president of the Event Safety Alliance, the organization that created and updates the Event Safety Guide, a book that lays out regulations and safety considerations for event coordinators. Pete said that Jim's speech was a real turning point for him, especially since Luke would be embarking on his 2014 tour in a few months.

Fast forward to this year. Pete started following the guidelines of the Event Safety Guide, in particular the one about helmets. "While the stage is going up, everyone is required to wear helmets. If Luke wants to wander out to look at something, he needs to be wearing a helmet," said Pete. He mentioned that a few veterans resisted at first but then were thanking him later.

Here's why: at the end of the first show on the tour, while the crew was tearing out the gear, a forklift operator bumped into the stage, causing a collapse. A few workers fell through the floor, and some very heavy gear came falling down on top of them. Thankfully, there were no major injuries. The workers were wearing safety helmets. Pete said the next order of business after freeing the men from the collapse was to deal with the collapse itself. They spent the next six hours figuring out how to remove the pieces without further injury to themselves or the gear. They were able to save most of the expensive hardware.

At the conclusion of his presentation, Pete showed a picture of the entire crew, and said, "At the end of the night, we want everyone to be able to go home…especially the audience."

"Be Aware. Be Safe," were the words on his last slide.

The next time you attend an event, take notice of your surroundings and how many people are there to help make sure everyone has a safe, awesome evening. If you're in the event planning business, you should definitely get a copy of the Event Safety Guide and start following its recommendations. As Pete experienced, it could mean the difference between inconvenience and tragedy. And like Sgt. Phil says, "Let's roll…and let's be careful out there."