Preparing for Your First Overseas Tour 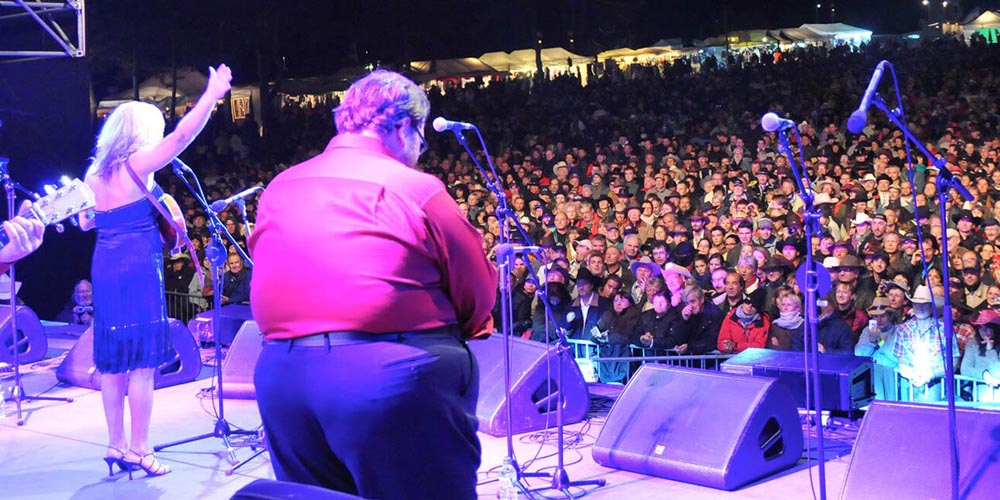 Your band is at that point. You've built a considerable following, and now people from other continents are hungry for your show. Where to start? How should a band prepare for this trip, and what are some words of wisdom that can be carried on the plane (for free) when you go?

I had the pleasure of asking a few people who have been touring for a considerable part of their lives. Let me provide you with some background on these friends of Shure:

Billed as the "Queen of Bluegrass," Rhonda Vincent has been touring for over 40 years, first with her family as the Sally Mountain Show and currently with her own group, Rhonda Vincent and The Rage. One look at her schedule and you'll wonder when she has time to breathe!

Finally, Nashville-based artist Trevor Finlay is currently playing guitar and singing background vocals with 1980's pop artist Tiffany, who is about to release a new album.

Ashley, Rhonda, and Trevor have great suggestions to get the discussion rolling. If you've toured internationally, I hope you'll chime in with more good advice you've learned along the way. Please feel free to share in the comments.

Hopefully, at this point, you and your crew (if you will be bringing anyone else besides your band overseas) have had a few miles and shows under your belt. You've dealt with various venues and festivals, and with people and gear problems on the road. You are going to need some of that experience to help get you through more situations in other countries.

On the subject, Ashley Swann had this to say:

"Being humble can go a long way. If you go over with the right attitude, people will help you. I've been to Afghanistan and Iraq, where the gear we typically use is not as popular. You almost have to go back to basics."

"We've had situations where we've had to rewire a console or a PA just because this is the gear they have and what we are going to use," Ashley continued. "So, you break out your chewing gum and your MacGyver kit. The audiences really don't care if you've got the best gear or not. They are there for a show, and we take care of them the best we can. You have to be ready to adapt and overcome. Your attitude is everything. No matter what your department is, whether it be audio, lighting, transportation, or customs, advance work is key."

If you don't speak the language of the country or countries where you're touring,  Ashley advised, "The biggest thing for me, when I go to any country, is to learn two or three words out of respect: "Thank You…please…can you help me?" Not because I want to learn the language, but to make the effort and attempt to fit what they've got."

"Thankfully, in every situation that I've been in, there's always been someone present who can understand what it is we are trying to accomplish, and can communicate it to their people," Ashley reflected. "Most booking agents and promoters around the world will make certain there is someone there who sometimes travels with you to help translate and get you what you need."

On that note, I just learned about an amazing translation device that is about to be released called the Pilot. Put in a couple of earpieces, and its smartphone app will automatically translate in real time. There are many languages to choose from.

Be Prepared: Onstage and Off

Sitting in a Bongo Java's in Nashville recently, I had a chance to ask local artist Trevor Finlay about some items he was preparing to bring with him to the UK for a six-week tour with Tiffany. One was a new power converter that also has USB ports. It cost him around $50 and covered most of his power needs while traveling. However, he had an issue with the unit failing. He ended up getting a step up/down transformer with a higher wattage rating, also for around $50.

Another thing Trevor likes to be prepared for is what to do when he is not gigging or doing radio promos. "Do your research on local attractions. When I don't have anything to do, that's when I start getting into trouble," Trevor explained. He likes to prepare an itinerary in advance of arriving at a city.

Trevor also spent time researching debit cards and found that several of them charge transaction fees for usage. Check out this great article that mentions those cards and has many suggestions on how to avoid certain fees with other cards.

Gear, Packing and What to Bring

Award-winning bluegrass artist Rhonda Vincent has had her share of trips to Switzerland, Germany, and Japan. She has some great tips on preparing for your trip:

"Pack light. You will run into a laundry place along the way. Take your instrument: do NOT check it on the plane if you can avoid it. To me, it's about being comfortable. It will throw off your show if you do not have your own instrument. Also, bring your earpieces, especially if they are custom molded."

When asked about bringing gear along, she continued, "Most international sound companies were able to provide us with Shure gear that worked in their regions. There were very few instances where we did not use what we normally use. This was so convenient for us as we had seen firsthand what can happen when a group plugs their US gear into the wrong power source. Their gear got fried."

As you can see, it's hard to foresee every need when traveling abroad, but the more you read up, the better equipped you will be to meet challenges head on. A few other items to keep in mind: