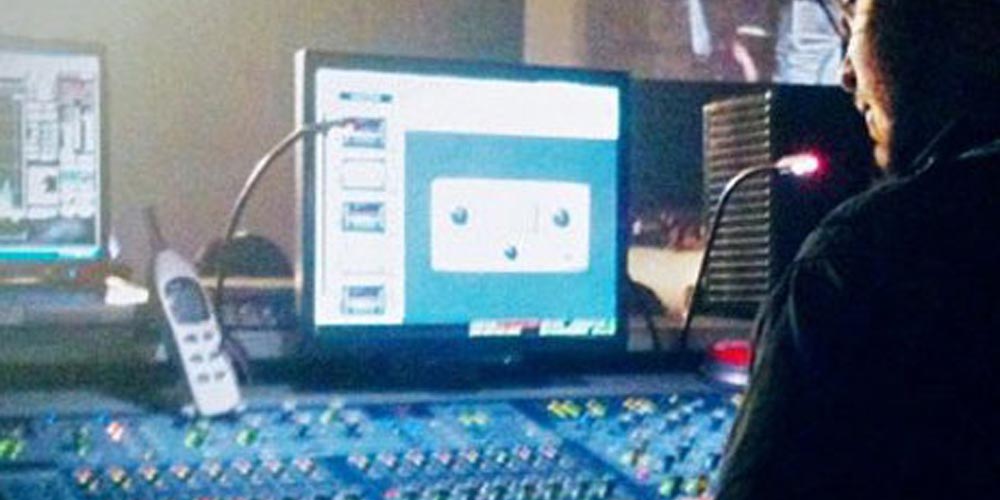 Back in 2013, touring sound engineer for OneRepublic Zito had just returned from the band's 25-city European tour. Since then, the band has seen the rest of the world in sold-out tours that have taken them to Cape Town, Rio, Istanbul – just about anyplace with a stadium large enough to accommodate their legions of loyal fans.

It started out as a freewheeling discussion about how a kid with just a few years' experience parlayed it into doing sound for Backstreet Boys and ten years later for OneRepublic. Over the course of our conversation, Zito amazed us with a bit of mic magic.

Recording or Live Performance?
Mostly live performance, though I still mix live recordings and DVD projects for the bands that employ me.

Years in the Business
15

Where
Raised in Chicago
Now living and working in Nashville

The Perfect Gig
"One that's a little bit over my head. There are people I can go to for guidance whether it's how to mic a jazz flutist or a problem I'm having with a venue.  I'm not afraid to ask."

Favorite Venues
"Nothing beats the rush of a really, really big show.  There's a feeling that that you can't replicate when you're seeing crowd of 50,000 fans.  On the other hand, we took Backstreet into club shows and the energy of the fans right next to you is great."

Zito's Secret Sauce
"Playing music was one thing that really helped me in this career.

A guitar player isn't always thinking about how his part sounds to the audience.  What he hears in that small space onstage isn't how the audience hears it.   My background in music has helped me to work through that by being able to communicate with musicians in terms they understand, asking them what they're trying to achieve.  Once that trust is built and I've proven that what I'm suggesting is best for the musician, the band and the audience, it gives me a lot of leeway. Artists work hard to do what they do onstage and they've got to trust me to deliver that to the audience."

"There's a lot of great high-end boutique gear out there and it represents just a tiny fraction of what we use. In the live world, there's such a small variable in the difference between a $100 mic and a thousand dollar mic that I think it's more important to focus on the sound source and make that as good as it can be.   I can use whatever I want for the bands that I tour with, but I stick to the staples.   I use an SM58 on Ryan Tedder because it gives us consistent results. We even carry back-up stuff with us everywhere and there are lots of 57s and 58s.

We play in arenas, theaters – we're about to take off on a shed (amphitheater) tour.  I always maintain the same mic set-up and I keep it to the basics.  I don't change a thing whether we're in the States or Dubai because I know I'm going to get the same Shure mics in either place.

Sounds companies clear frequencies in foreign countries. Because frequency coordination can be difficult around the world, and not every frequency is cleared for use in every country (your wireless system could be on a frequency reserved for emergency services in, say… Russia) so I always bring with my Shure SM58 capsule I can screw onto the wireless transmitter provided by the local company."

"One of the mics that's most underutilized is the Beta56A.  We're using it across the board on our input list.

They work great on all the toms, percussion and I just love the way they sound.  I don't have to use a lot of EQ and they have a built-in clamp that makes it pretty easy to mount.  They're a great mic for bands that are working in bars, for instance, because they're really durable.   The Beta 56 is super-solid – you can drop it – which we have done, throw them, and hit them as hard as you can with a stick and they keep working.

They also work really really great on drummer vocals – they have peak boost in the upper mids – especially for drum vocals.   Because their off-axis rejection is so strong, you can really get a clean vocal out of it and it has a little bit of upper boost which helps your vocal cut through the mix.  It's probably the best option for a drummer's vocal mic.

It's so durable and versatile, you can use it on snare bottoms and tops because it has that little boost.  If you have a flappy drum, it can give you some life.  Because the rejection is so strong and the angle in the mic stand stays nice and low profile, you don't have to worry about it being in the way.

This is the best time our industry has ever seen.  The field is level and there are so many great systems out there. We're seeing really good gear and systems even in small clubs. Ten years ago, we were seeing a lot of P.A.s that looked like they were made by the club owner."