Of Mics and Monitors: Live Sound Reinforcement Tips for Choirs 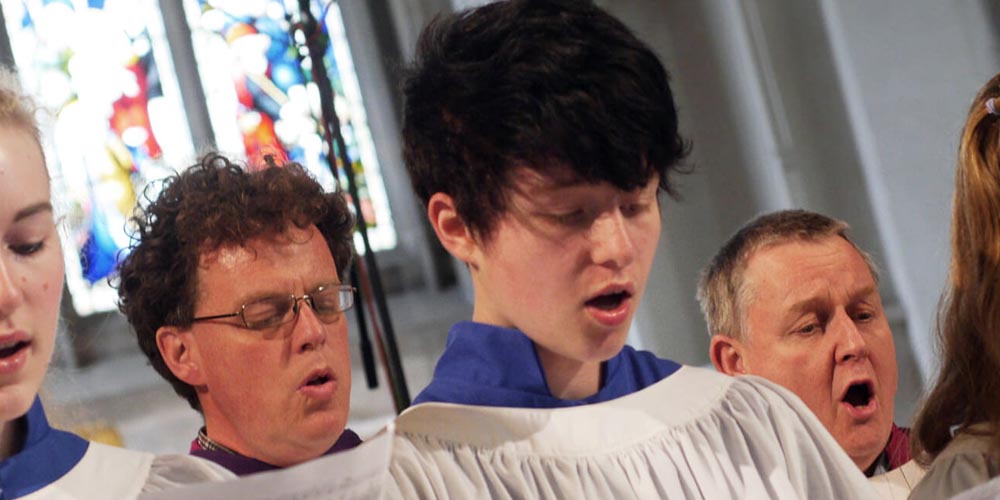 "What am I supposed to do with this?!" It's not so much the question as it is the anxious look on the faces of so many of the wonderful volunteers I've had the privilege of working with over the years. It usually happens right after they see the mixing console with all of its knobs and buttons or the web of cables strewn about the stage.

Setting up mics for a choir and adequately reinforcing the sound from overhead microphones can be one of the most challenging propositions for the church sound system operator. So, if you're either a church tech training a crew of inexperienced but eager volunteers or a volunteer facing the challenge alone, help has arrived.

An overhead or boundary mic is often placed at a distance from the singers in a choir. This can greatly increase the possibility of microphones picking up more background noise from the stage than the desired sound from the choir. And if there are main loudspeakers nearby, it's an easy trigger for a feedback loop, a sure sound of trouble.

Let's say the choir dynamics and stage volume are under control. The next thing to consider is the physical placement of your microphones. Distance is the key here—both distance from the mic to the choir and the distance between microphones.

When multiple overhead microphones are used to mic a choir, as is often the case, you need to use a basic rule when placing them so that there is limited interference and among the mics. The basic formula for properly miking a choir (or any group) is the 3:1 Rule.

Let's say Mic 1 is positioned 3' from the nearest choir member.

Most sound engineers choose to place microphones slightly above the choir and aimed toward the center row. This depends on how large or small the choir is and the way they're physically positioned. Experiment with different microphone positions and work with the choir director to see what mic placement sounds most natural.

You can experiment with this yourself by placing two microphones near each other and presenting a single audio source, ideally something with a single tone or even "white noise."

When recording choirs, an omnidirectional or cardioid pickup pattern can be a good choice. I've found, however, that in most live sound reinforcement scenarios, you'll benefit from having a much tighter pickup pattern, like that of a supercardioid or hypercardioid microphone. Microphones with narrower pickup patterns capture less ambient sound and are far more feedback-resistant.

Overhead mics, like the Shure MX202, often are used for choirs. Most also can be mounted on stands so that you can place the microphones exactly where you want them.

One of the most common mistakes when miking a choir is the use of too many microphones. This is bad for two reasons:

Use the minimum number of microphones to achieve the most natural reinforced sound possible.

Mixing monitors for the choir can be a challenge as well. It's important to consider monitor speaker locations relative to mic placement and physical choir positioning.

Another important aspect of mixing for the choir is to include them in the main mix. Listen to the way the choir sounds in the room without reinforcement. Smaller rooms or more acoustically live environments may require much less choir reinforcement than you might initially suspect.

I always find it helpful to mute and unmute the choir mics while the choir is singing during a soundcheck to hear the difference between their natural volume level in the room and through the loudspeakers. It may be helpful to work with the choir director or worship leader when fine-tuning your choir mix since they know how their choir should sound.

Don't be afraid of making mistakes. They're an important part of the learning process. You will always be learning.

Just make sure you dedicate time to developing your skills in an environment—choir practice for instance—that will not be at the expense of the congregation. Save them from your trials and errors. They deserve to hear your best.

If you need more helpful tips for church audio, my book and website Great Church Sound will be a valuable resource for you.

Fascinated by sound and electronics from a young age, James Wasem figured out early that his love of music and technical gear made sound engineering and systems integration a natural pursuit. He's spent the last 20 years touring in bands as a drummer and mixing live sound for churches, schools and theaters. He's also an audio systems designer and the author of Great Church Sound.