Get closer to the music with our new audio series featuring live recordings with MOTIV™ microphones. This episode showcases Irish singer-songwriter A.S. Fanning.

MOTIV Live is the Shure audio series that gets you closer to the music.

For this episode, we spoke with the Berlin-based Irish musician A.S. Fanning before his show at FluxBau, the station's riverside venue. Drawing inspiration from both his adopted hometown and his Irish roots, the singer-songwriter crafts his own brand of brooding folk music.

Listen to our interview and a few songs from his set below. 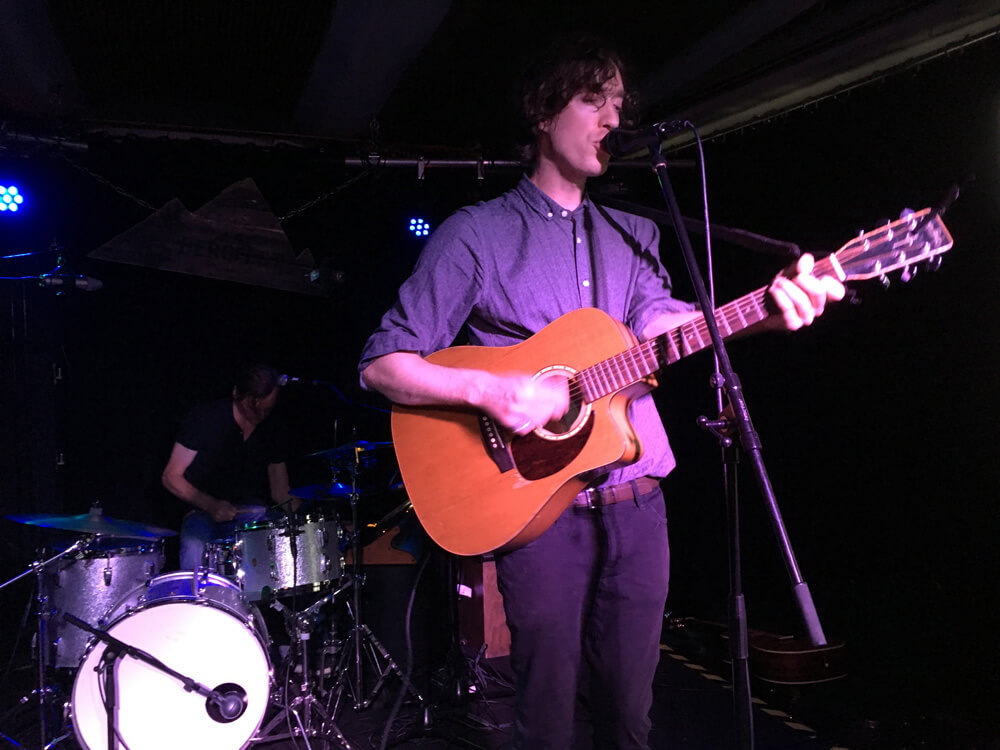 A.S. Fanning has lived in Berlin for the past six years. After stints in bands in Dublin, he struck out on his own both artistically and geographically. He's now part of the German capital's burgeoning music scene, which has attracted foreign artists from near and far.

"I think I'd call [my music] dark folk, with sort of garage folk elements," he told Shure before his show. "It's based on my singing and songwriting, but has a darker edge to it with the band." Fanning's deep voice adds weight to the often heavy lyrics he uses to tell tales in the best folk music tradition.

Besides working on his own solo album, which will be released in early October, he keeps busy producing the music of other artists, such as fellow Irish expat Candice Gordon.

"The expat [musician] community is very supportive here," Fanning said. "You help each other out."

This concert was recorded live using the MV88 iOS digital stereo condenser microphone and an iPhone SE with the ShurePlus™ MOTIV mobile recording app. Tightening the MV88's stereo angle ever so slightly, we used the Loud setting. This automatically applied a touch of compression and limiter. After that, it simply required boosting the gain preset a bit to capture Fanning's folk-tinged performance.

If you happen to be in Berlin on a Wednesday night and want to discover new music, swing by FluxBau. There's no cover. Plus, you're guaranteed great waterfront views of the city's Spree River. Even if you can't make it in person, you can download the FluxMusic app to listen to several different channels of great independent music.