Kelela has consistently pushed boundaries while crafting her innovative blend of R&B and electronica. LOUDER spoke with the singer about crossing lines – both creative and personal.

KELELA has consistently pushed boundaries while crafting her innovative blend of R&B and electronica. LOUDER spoke with the singer about crossing lines – both creative and personal.

It might be human nature to classify and categorize, but rarely does any good come of it. Take, for example, the music industry, which is notorious for attempting to pigeonhole artists, so they can be neatly packaged into marketable entities.

Yet there are still musicians like Kelela, who defies easy labels and shatters artificial boundaries. Growing up as a second-generation Ethiopian-American outside Washington DC, she was exposed to a mix of cultural influences early on. After years of exploration, she now happily inhabits her own space bridging mainstream R&B and experimental electronic music.

Of course, it’s her talent to meld these diverse influences into something totally new and coherent that made her trailblazing album Take Me Apart such crucial listening last year.

Defining herself rather than letting herself be defined by someone else has also allowed her to tackle personal fears head-on and bring an astounding level of intimacy to her music. She makes herself vulnerable – but always on her own terms and from a position of strength.

LOUDER: When did you first starting blending R&B and electronic styles?

KELELA: To be honest, it was just me wishing the vocals on electronic records weren’t so dry and poorly sung! [laughs] I always felt like the vocal ball got dropped when the focus was on production. From where I’ve been standing, there’s always been a presence of electronic or experimental dance music in R&B: Missy Elliot, Timbaland Teddy Riley, Jimmy Jam and Terry Lewis. And before that there was boogie Bootsy Collins and the Afrofuturistic soundscapes of Sun Ra.

Your label Warp is known for supporting artists pushing boundaries, especially in electronic music. Did that encourage you to sign with them?

Stephen Christian at Warp approached me and, in fact, sent my very first offer. I didn’t sign for another 10 years [laughs] but the gesture was felt. Big shout-out to him, as he’s been the bulwark at Warp helping demonstrate that electronic and experimental music are not white art forms – as many institutions would have you believe. I was very familiar with Warp’s roster. I think the assumption is usually that I wouldn’t be because I’m black and an R&B singer. But yeah, I had been following Leila, Aphex Twin, Flying Lotus, Hudson Mohawke, etc. It was a home I imagined living in.

You’ve lived in Los Angeles, London and New York in recent years – how has that affected your music?

I’ve always payed attention to music in other parts of the world, particularly with dance music in the UK. So, before I was traveling, I was internetting in a real way. I feel equally in love with London, New York and LA, but for different reasons. Since having started my career, I’ve experienced community across state and international lines firsthand. I played in Tokyo before my mixtape even dropped and that was because there were members of our extended network over there wanting to make that happen. It means so much to be able to find my people everywhere, which usually means the people who throw queer parties all over the world and create community around them. There are a zillion! At least one in every major city. I find that comforting and has made me feel like I can go anywhere and be with my people. I would say this factor is the most important because it deals with safety. 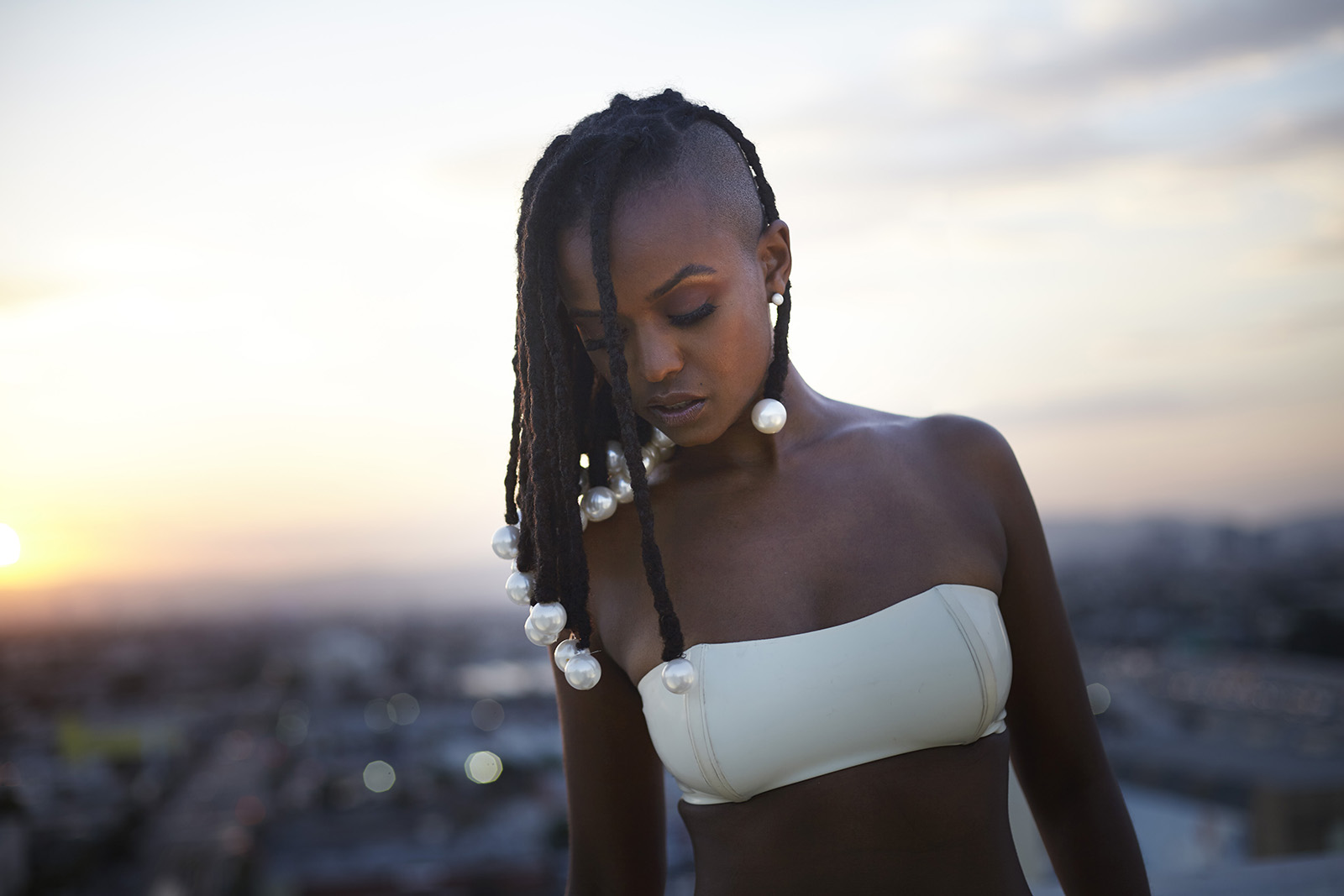 You just released an album of Take Me Apart remixes but have said it’s more than that. How exactly?

Yes, my dear friend Asma Maroof helped me curate the list of people we reached out to, which was way more than 20. There’s a way we can communicate our differences clearly when we’re dealing with one common denominator, like a popular R&B a cappella. We have created and experienced deep connections with each other as music makers by using familiar parts and recontextualizing them. We are able to digest a new drum pattern or sounds we’ve never heard before because we know a melody or some lyrics. It’s a process I fell in love with as a child, when labels were investing a lot of money in remixes – to rewrite, reproduce and rerecord. Also swirled in there is my relationship with jazz music and how I’ve always obsessed with listening to different versions of standards from my favorite singers.

Speaking of songwriting and production, what’s your process like? How closely do you work with collaborators?

I usually record myself improvising over the track on my first listen, cuz that’s when so much magic happens. I work really closely with collaborators. I’ve always been very involved on the songwriting side, but I spend just as much time on the production side. Usually trying to find new sound in the blurry spots between genres.

Can you explain what you mean when you say you’re “designing” each track?

I mean I’m putting together a few seemingly disparate sonic elements, collaging them together, hopefully making it so they occupy new sonic territory. The goal is to put it together in a new and distinct way.

What do you consider an essential element to your sound?

The feeling of falling in love or heartbreak.

As far as gear goes: Ableton! And an in-ear monitoring system. We do a lot of mixing/queue stuff with a click in our ears in order to create moments where we magically start together.

Do you have a special way of approaching a new project?

I don’t really run through any exercises when working on a new project. I just jam with people I’m inspired by and edit and tweak things from there.