Getting Started Recording A School Group 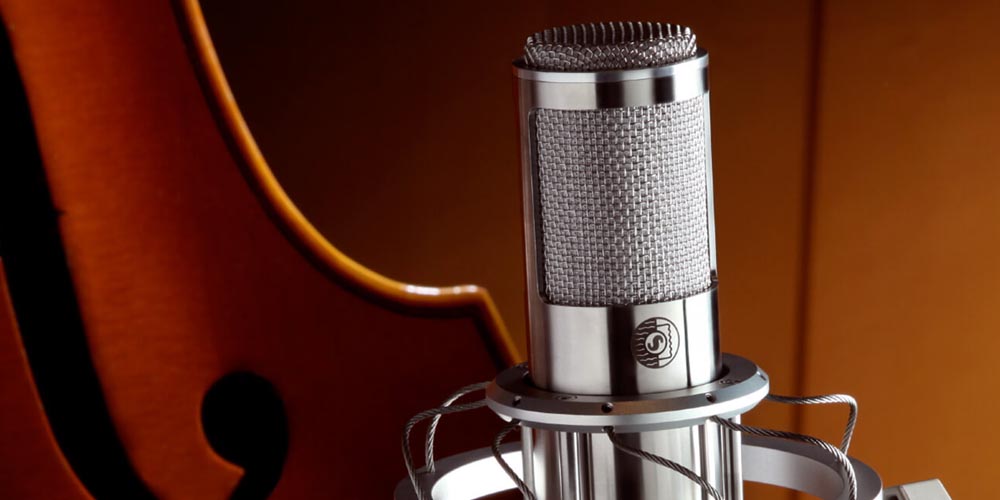 What are My First Steps?

The first steps for recording your group should be planning and organizing. The reason some recordings are not good has nothing to do with equipment; it's poor planning and poor mic placement. You can't decide an hour before a rehearsal that you're going to do a recording and put mics up and hit Record. You have to have a well thought out plan, consider microphone placement and setup, and determine how many microphones you're going to use.

Choosing the right microphones will help the recording process go smoothly. There are mics that can be used to pick up all sounds in a general location, and there are mics you can use to target specific sections of the group you're recording. School budgets often determine what kinds of mics you get and the number of mics you can get.

Besides the performance, microphone placement is the most important thing that will determine the quality of your live recording. Depending on the size of the group, mic placement and mic proximity will vary. For large groups, certain mic placements can be used to capture the whole sound source (concert band, orchestra, guitar ensemble, jazz ensemble or large chorus). Trying different distances from the group after doing a few test tracks will help. Sometimes you may want to take advantage of the acoustics to get a natural mix and balance of your group. Sometimes you may want to direct the microphones toward a group of instruments or section that may not carry as well as others because of timbre or weak players. This is called finding the sweet spot.

For large groups, a stereo pair of mics five (5) feet above and six (6) feet back should capture the whole source. When using a stereo pair it's important that the two microphones match (same model). You can use a fifteen (15) foot microphone stand if you'd like to avoid unwanted ambient sounds (coughs, sneezes, etc.). This recording technique is based on the ORTF (French Radio) technique. The idea is to capture the sound as if the microphones are your ears for a good stereo image.

This is not the only way to record large groups but it is one of the best, especially on a low budget. Another technique for recording is with three microphones. This technique is called the Decca Tree.

Decca Tree was developed by recording engineers at Decca Records for recording large orchestras. The Decca Tree has a T shaped microphone stand that uses three cardioid mics (directional mics); one facing right, one facing center, one facing left. Most Decca Tree stands allow you to adjust the distance between the end mics and the center mic.

Many acoustic instruments radiate up and out into the room so you can capture them with a good mix of air. For live performances, this is called ambiance. It gives the listener the sensation of being in the room. The recording "breathes" and does not lose the live quality and sound stagnant. 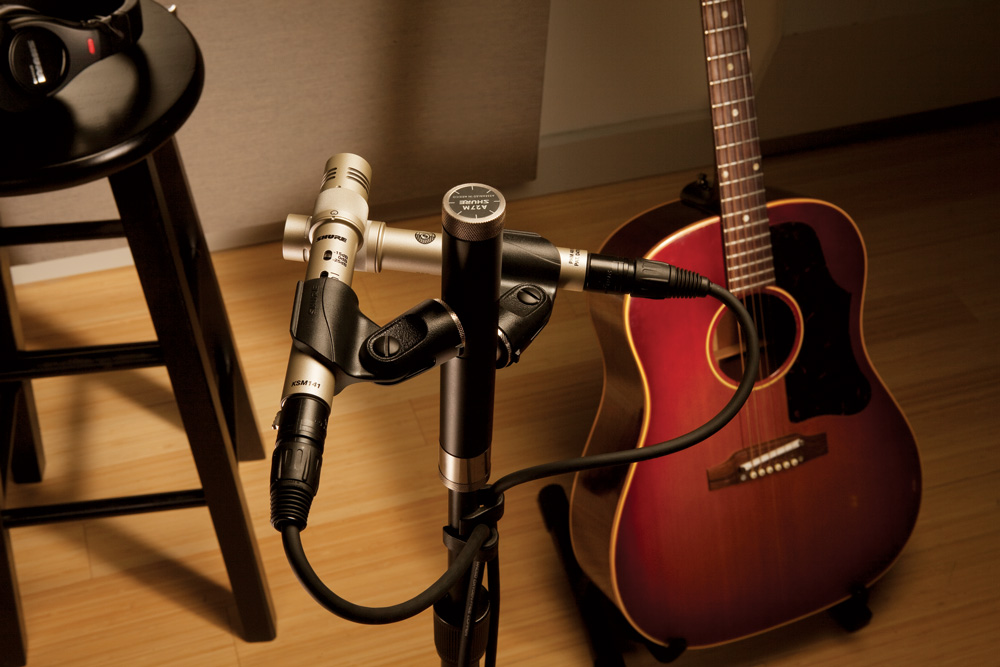 Setting up in the rehearsal room, it's best to setup just behind and over the conductor's podium. In an auditorium I like using a fifteen-foot mic stand with a stereo pair bracket on the floor off the stage or mics hanging from the ceiling.  Advanced planning helps you to decide what's best for your group. You must experiment and let your ears decide what's best. You may want to have your group spread out or become a little compact. You may want to put the microphones on stage behind the podium. Your ears will tell you what's best for your group.

For this you'll be recording multiple tracks and after the recording you'll have to mix in post production to get the desired sound. This may sound intimidating but it's exactly what you do as a conductor during a live performance. The only difference is you're doing things on a mixing board that you can manipulate. Need more clarinet? Bring up the clarinet level. Need less trumpet? Drop it down in the mix.

The reason mic placement is important is because microphones are collecting the sounds you'll be working with later. With two track stereo recording, you record exactly what you "mix" as the conductor during the performance. With multiple microphones, you're recording tracks you're going to electronically manipulate later. Once again, this really is no different from what you're trying to achieve from the podium.

One of the best ways to get a very good stereo recording is to use a refinement on the X/Y technique and ORFT called Mid-side recording. The Mid-side pattern covers a wider field. Mid-side is a coincident technique, which means both mics are put as closely together as possible. It uses a mid mic that is aimed at the sound source and a bi-directional mic to pic up sound from the sides. This type of recording requires the use of a mixer to decode the signals. It will pick up all sounds but those closest to the mics will be heard more. This is preferable for me because it maintains the live feel.