Getting Started in Video: Pre-flight Tips to Help Your Videos Soar 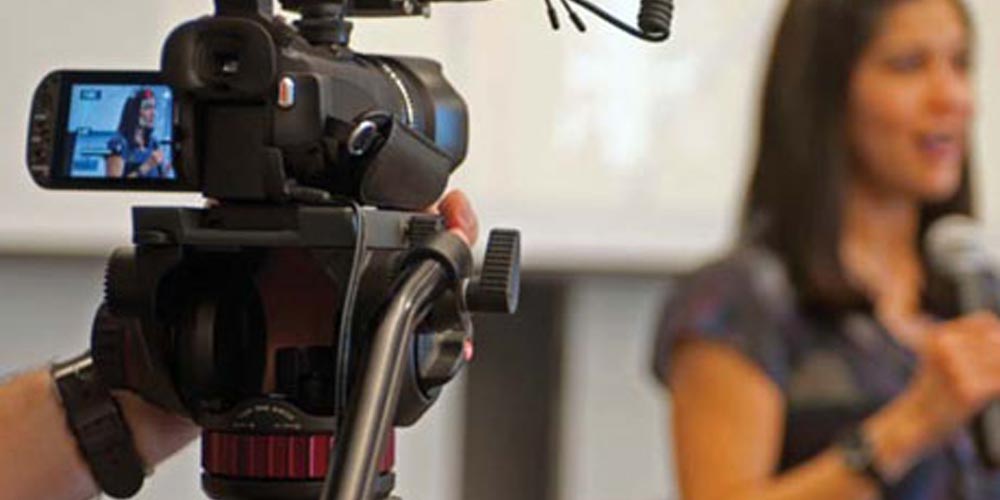 "When a film has only one or two, it is considered an imperfect film. But when there is a profusion of technical flaws, it is called style."  That's how film festival favorite Pedro Almodovar defended the mistakes so apparent in his first feature-length film Pepi Luci Bom.  The year was 1980 and it was the first time he'd shot with anything other than a Super-8 camera.

Those film snafus didn't seem to hold him back, but if you'd prefer to come off more like Martin Scorsese than Ed Wood, you can avoid unpleasant outcomes by following a few simple guidelines and developing a pre-flight checklist.

Here's Bill Pryor, a resident videographer and reviewer for the Kansas City International Film Festival on the subject: "Anybody who really wants to learn to shoot a film can afford to buy a camera that provides video quality people only dreamed of 10 or 15 years ago. It's shameful to waste that technology simply because of a lack of knowledge and commitment to the craft."

Common Mistakes
A little advance planning can make all the difference.  But before we dive into the short list of tasks in your pre-flight plan, let's look at what Pryor and many others consider some of the most common mistakes made by newbie videographers.  Keep these in mind whether you're hoping to parlay your directorial skills into a film career, a paying gig or worldwide fame as the auteur behind the latest gone-viral YouTube video.

Bad Composition
Taking snapshots, most of us learned that close-ups of friends and family are a lot more interesting than long shots of the entire group enjoying a cookout. Take some time to think about setting up your shots and you can avoid videos that look like they were shot on a surveillance camera.

• Watch out for poles and wires that appear to be growing out of the talent's head.   A simple change of angle can fix it.
• No one looks good eating, which is why you don't see many people actually consuming food in movies.
• Shoot kids at eye-level.  Ditto for animals. Their eye level is a lot lower than yours is.
• What's in the background? Make sure that everything in the shot adds to the story.  Control it to the extent that you can.

Shaky Camera
When this technique first appeared in commercial films, it made some people feel sick.  On the other hand, it worked for The Blair Witch Project.  Unless you're covering tornadoes in "I-reports" for the local TV station, this is something to avoid.

• Invest in a tripod that's designed for video, not still photography, with a fluid-filled head for smooth pans.
• Use available structural objects to steady the camera.

Too Much Zoom
According to many, the zoom feature is almost irresistible to most budding videographers, but it can have the same stomach-churning effect as the shaky camera. Some would say that any zoom is too much and that it shouts "amateur home movie". Think about it – how often do you see the zoom feature used in professional sports?

Poor Audio Quality
The experts agree on one thing – poor audio quality is the first thing your audience, clients or critics will notice. One expert puts it this way: "It's easy to fool the eye, but it's a lot harder to fool the ear." And it's important.

• Don't rely on your video camera's microphones. There are affordable microphones that will give you professional results.
• Get close to the sound source.
• Monitor audio levels.  When it's live, and there is only one take, set your audio record levels low on the camera. Audio levels can be boosted later with some increase in hiss, but over-driven, distorted audio can make a great shoot unusable.
• Record continuous sound of events and performances.  If there are problems or breaks in the sound you're recording, it's nearly impossible to cover them up with creative editing.
• Record a few dry runs to get an idea of just how much room there is from silence to the loudest sound or voice you are recording with your camera in the scene/environment.

Not the effect you were aiming for?[/caption]

Bad Lighting
We've all seen what happens when subjects are standing in front of a window or bright sunshine.  They become silhouettes.   And without some forethought, both natural and artificial lighting can yield some pretty unflattering results.

• Keep the most powerful light source in front of the subject.
• Avoid shooting outdoors at high noon, unless you have access to a diffuser. If you don't have the budget for one, make your own with a bed sheet.
• If shooting inside an office illuminated with fluorescent lighting, use either natural light from windows or separate lighting.

Takes from the Front: Even the Pros Stumble

Nobody's perfect.  Not even these pros, who courageously agreed to share a couple of their war stories.

"I'm on the road using a brand new camcorder for the first time.  I'm checking it out in the hotel room, and having trouble with the audio cutting in and out.  Everything had been working fine with my old camcorder -- Is it a problem with the new equipment and its audio mini-jack?

Twisting the cable while I talked into the microphone, I was able to determine that there was a bad spot in my old cable that went from XLR mono to mini stereo.  But it's a weekend in a strange city, so where can I get a spare?  I find a music shop and buy the cheapest set of headphones with a mini plug.  I cut off the cable, use a wire strippers borrowed from the hotel maintenance guy, use a match to burn off the lacquer interior insulation, twist the tiny wires together to make a splice, and bind it all up with gaffers tape.  It worked well enough that I used it for a week until I got back home."

Man in the Street John Wetmore in Lisbon, Portugal shooting "Perils for Pedestrians"[/caption]

"I was filming a band's performance a few years ago, and I was using a DV camera - so that means tapes. It was a Panasonic camera, so I always used Panasonic tapes. For this gig, I happened to have a few Sony tapes. I had heard that you should always use the same brand, something about the lubricants on the tapes staying consistent within the recorder, but that just seemed unnecessarily picky. I filmed about an hour of footage, went home to capture it - and - nothing. There was nothing on the tape. Not even digitally distorted blocky video - just nothing. Okay, there was one thing - time code, so I could see exactly the amount I was missing. Explaining what had happened to my client was . . . not fun.

Nowadays I use a camera with an SD card. I love it! At least until an SD card fails me in equally spectacular fashion. Which will no doubt happen someday."

Since all applications require different equipment and considerations, the checklist that appears here isn't designed to be comprehensive for any one of them. It is a starting point for your own checklist.

1.  Storyboard for the shots and setups
2.  Production schedule
3.  Crew requirements and tasks
4.  Site visit and notes (Issues identified during the pre-shoot (day before) test, monitoring the sound during all set-ups, permits and permissions, where the gear will be set up, lighting considerations – natural or artificial, gear required)
5.  Equipment list and back-up gear, including cords and cables
6.  Fresh batteries and extras for all battery operated devices
7.  List of questions for the venue, presenters, and organizers (Where and when the gear can be set up, availability of power sources)
8.  Directions for any presenters or speakers
9.  Audio requirements (Back up options for critical capture needs, opportunity to record or re-record audio later, identification of ambient/environmental audio that needs to be captured or avoided, who will need to use or wear a mic (and what type), whether microphones will be visible in frame or hidden, if wireless microphones or in-ear monitors are planned, identification of other wireless gear in use at the location and open frequencies available)
10.  Refreshments (bottled water, soft drinks, light snacks) for the cast and crew – even if it's just you.

So there you have it.  The bad, the ugly and the good – in exactly that order. Now it's time for lights, camera and … action!