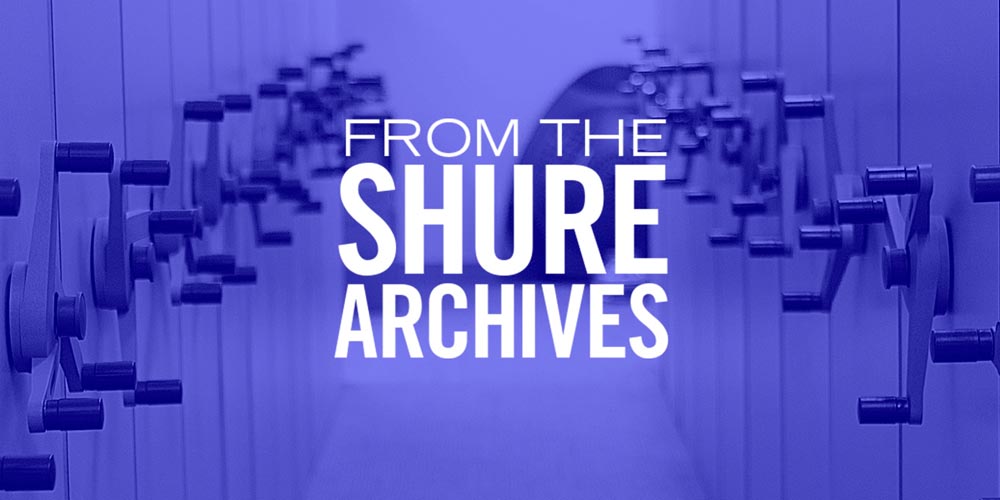 With thousands of treasures to choose from in the Shure Archives, it's impossible to say which are the most important. Each has a story. In this series, I'll share with you some of my personal favorites, starting with the Unidyne® Prototype Display Case.

Since 1976, I have worked at Shure on teams from sales to product management to applications engineering. Music performance and history are my passions. In 2016, these worlds coalesced when Shure President/CEO Christine Schyvinck decided the company needed a corporate historian. She asked me if I was interested, and I accepted without hesitation.

My involvement with documenting Shure history dates back to 1995. The company's 75th anniversary was looming in 2000. To commemorate it, I suggested a book celebrating the company's history. Much of the content came from a small, crowded archive closet.

Today the Shure Archives have a dedicated space. Corporate Archivist Julie Snyder maintains the collection. Together, we preserve the history that Mr. Shure and Mrs. Shure held so dear.

By 1932, Shure began manufacturing its own line of microphones. In 1939, the company made an indelible mark on the audio world with the introduction of the first single-element dynamic directional microphone. The Unidyne was an instant success.

The engine of today's legendary and best-selling SM58® is a Unidyne III cartridge. That makes the Unidyne, now in its seventh generation, one of the most important chapters of the Shure story. 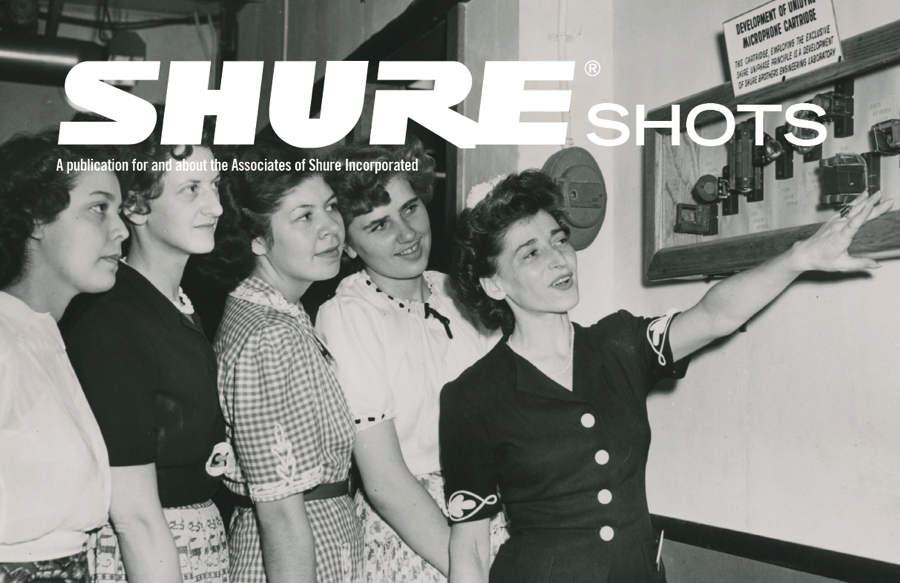 Other artifacts from the Shure Archives, like Microphone Development Engineer Ben Bauer's 1930s lab books, authenticated the prototypes. A popular exhibit in current tours of the Shure Archives, the display case has been restored according to archivist specifications. Julie says, "If [an item] comes to you in a certain way, we rehab it without changing the way it was originally meant to be seen."

In our in-house publication, Shure Shots, we recast the photo inside the Shure Archives with the company's most senior female Associates standing in for the originals.