Shure's Performance Listening Center (PLC) managed by Dean Giavaras is used internally for a myriad of reasons. Operated by the Product Development Division, Shure associates use it daily to test and evaluate microphones, critical listening, recording, photo shoots, and even band rehearsals. It's our very own private studio. But from time to time the PLC's doors are opened to our friends so that they can use it to record their very cool and interesting projects.

The latest such project happened not to long ago when blues harmonica master and longtime friend of Shure Corky Siegel asked to record his latest project, Chamber Blues in the PLC. I had the pleasure of speaking with Corky over the phone about this project, and he enlightened me on how two college friends formed a blues duo and scored a weekly Thursday night gig playing at club in Chicago in front of some legendary Blues masters and eventually developed a new style of music which is known as chamber blues.

In 1965, at the age of about 20 years old, Corky met guitarist Jim Schwall while both were studying music at Roosevelt University in Chicago. They both were interested in blues so they decided to form a blues duo. They walked into a club named Peppers Lounge where, as Corky states, they were "The only two white kids for miles around" and scored their first gig playing every Thursday night. He didn't know it at the time, but Peppers Lounge was a hangout where blues masters Howlin' Wolf, Muddy Waters, Little Walter, Willie Dixon, and Buddy Guy among many others all went to jam. As students of the blues, this was their life, and they got to learn from the masters who occasionally sat in with them.

In 1966, the duo auditioned at another club named Big John's where they eventually took the place of Paul Butterfield when he went out on tour. During their time there they noticed a man who would come in night after night and would stay for their entire set. One night the man finally walked up to Corky and told him that he wanted them to jam with his band. When Corky asked the man who his band was, the man answered, "The Chicago Symphony Orchestra".

The man coming in to hear them night after night was Seiji Ozawa, guest conductor for the Chicago Symphony. He told them that he thought that they should bring the blues element to symphony orchestra. Seiji believed that since classical music had been around for so long that it really needed a spark to reignite it. In 1968 they got their chance with the Chicago Symphony Orchestra. After its success, Seiji told Corky that he had to pursue this form of music because it brings people together. Soon after, they got invitations to play with the New York Philharmonic, the Boston Symphony and every major symphony in the world. He was inspired to compose chamber blues music after writing music for the National Symphony. That was the start of chamber blues, and the rest, as they say, is history still in the making.

I pride myself in being open to all music as I love to be at least aware of it, but I have never even heard of this genre before I saw the videos of the recording here at Shure. I was blown away since I was hearing something fresh. A rare occurrence for me these days. If you have never heard chamber blues, Corky explained it for me perfectly. He described it as, "A juxtaposition of classical and blues music. Where you have these seemingly opposing forces that I try to put them together side by side so that the character of both remain. It's really a compositional crossover as well as cultural and instrumental."

It's pretty amazing stuff. It seems like a perfect bridge to both genres of music. You might love the blues but are not so into classical or vice-versa but chamber blues is the best of both worlds. I highly recommend it to fans of both and to all fans of music. Corky's mission is to bring joy to people's lives through music, and all you have to do is watch and hear him perform to feel his vibe. The video below is a one-of-a-kind sneak peek of chamber blues  "Angel Food Cake:"  It's a chamber blues version of a Siegel-Schwall Band favorite that was produced here at Shure featuring Corky on a KSM9. Enjoy! 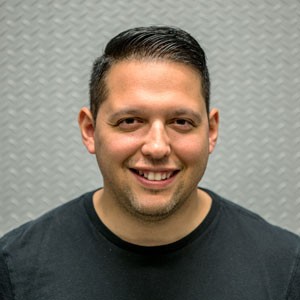