What's the Difference between a Songwriter and Topliner?

What's the difference between songwriting and co-writing? MIKEY GORMLEY is back with more insights on what it's like to work as a topliner, as well as advice on pitching songs from inside the industry.

What's the difference between songwriting and co-writing? MIKEY GORMLEY is back with more insights on what it's like to work as a topliner, as well as advice on pitching songs inside the industry.

Many of the greatest songwriters work alone, however, the very nature of collaborating with artists relies on developing healthy creative relationships. The artist needs to perform and release the song, the producer has to make it sound radio-ready, and their team needs to promote it. So in this line of work, cooperation is key.

It wasn’t until I began to work closely with artists and producers in London, that I realized although they share many of the same fundamentals, songwriting and co-writing are two completely different skills. Songwriting is your own stream of consciousness unfiltered: your melodies, your lyrics, your chords. There’s nobody to tell you an idea is weak or strong, nobody to criticize or praise, nobody to inspire or be inspired by. It’s just you.

Co-writing predominantly revolves around trust. There has to be a level of respect between every collaborator in the room, so it can act as a safe space to share ideas freely. Respect can be garnered in many ways, be it the quality of your previous work and successes, the names you are currently working with, or (crucially) letting it build organically over time with your co-writers by being good at what you do and listening to others.

It is important to understand everyone in the room will have their own opinions and ideas, and will bring a different energy to the studio. Be conscious of this when suggesting ideas of your own and be sure to listen to your co-writers, as your idea may not serve the song as well as theirs. Also be aware of the energy you bring to the studio, as it has a significant impact on the writing process.

The Role of the Topliner

The term songwriter and topliner are often used interchangeably, though topliner is a term more common within the industry amongst publishers, labels, management, etc. Pop songwriting is usually made up of three key roles:

The main job of the topliner is to come up with lyrical and melodic ideas, meaning they don’t necessarily need to play an instrument, though many do. Some examples of successful topliners include Julia Michaels (Selena Gomez, Justin Bieber, Ed Sheeran), Kamille (Dua Lipa, Mabel, Little Mix) and Jin Jin (Jess Glynne, RAYE, Clean Bandit.)

When working on an artist’s project, it is important to bring out their voice, saying things lyrically that feel authentic to them; encourage their melodic ideas, so the song sounds like their work; and to write about real-life events, being true to their feelings and emotions in order to bring out the best possible performance.

Over time, I came to realize great topliners act as editors and creative sparks to an artist. The way to do this is to let the artist lead the writing process. What would they like to write about? Do they have any lyrics, melodies or titles you can run with? Do you have any in your back pocket that relate to a current situation in their life? Remember, the goal of a writing session is for the song to be released and the artist must feel a connection to the song in order to want to put it out – and to be able to perform it with meaning.

A champion team will always beat a team of champions. - John McGrath

Before I began writing songs for other people, I thought much of my time would be spent writing alone, pitching songs to artists. It was only when I started meeting people in the industry and would bring up my desire to write for pitch – as it's known – did I realize how difficult pitching songs in the UK pop/indie scene is.

Most artists like to be heavily involved in the creative process, which is understandable given they are the ones who have to go out and perform them tirelessly. Therefore, I have found that establishing relationships with them as well as producers and other writers is the best way to progress as a topliner. On the flip side, writing for pitch in the US pop world can be very effective, and is commonplace there, so if you are planning a trip to LA that is worth bearing in mind.

The most important thing is to be malleable in your approach and to always be open to various ways of working. Although it is rare in the UK, there are exceptions to this rule. A writer by the name of Plested famously penned the chorus to Little Mix’s hit ‘Touch’, during the last fifteen minutes of a writing session. He later admitted it was originally guitar driven and quite bluesy and it was only after some friends started working on it and they pitched it to the British girl group that he realized it could be a huge pop record.

The lesson here is never to rule out cold pitching completely. Especially if the producer or writer you are collaborating with has a great relationship with an artist or someone in their team. It is possible to be successful. However, I would advise you focus on trying to write great songs with the artist in the room. That is unless you intend to become a dance topliner, where pitching is completely viable and is often a great way to get cuts in that lane.

For more songwriting tips and to continue exploring the art of songwriting, check out Mikey's first post for LOUDER: 'Things I Wish I Knew Before Songwriting For Others' 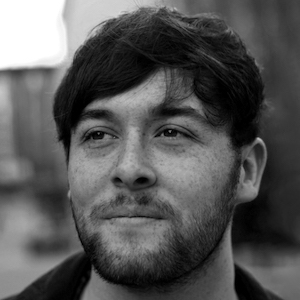 Mikey Gormley is a professional songwriter from the UK specializing in the pop and singer-songwriter genres. You can find him on Instagram @mikeygormley