Aziz Ibrahim is one of those unique guitarists who can take influences from anywhere and incorporate them into his own distinct sound.

Deeply rooted in the music scene of his native Manchester, Ibrahim has worked with an incredibly diverse selection of acts during his long career, from pop powerhouse Simply Red to indie rock giants The Stone Roses.

So how would he describe his style? “I’d say I’m the Bruce Lee of guitar,” he laughs, referring to the martial arts legend. “He always adapted his style to his opponent, and I’m the same except I adapt to whoever I collaborate with. I don’t want to be rigid and say: ‘This is how you play with me.’ I’d much rather adapt to what you’re doing.” 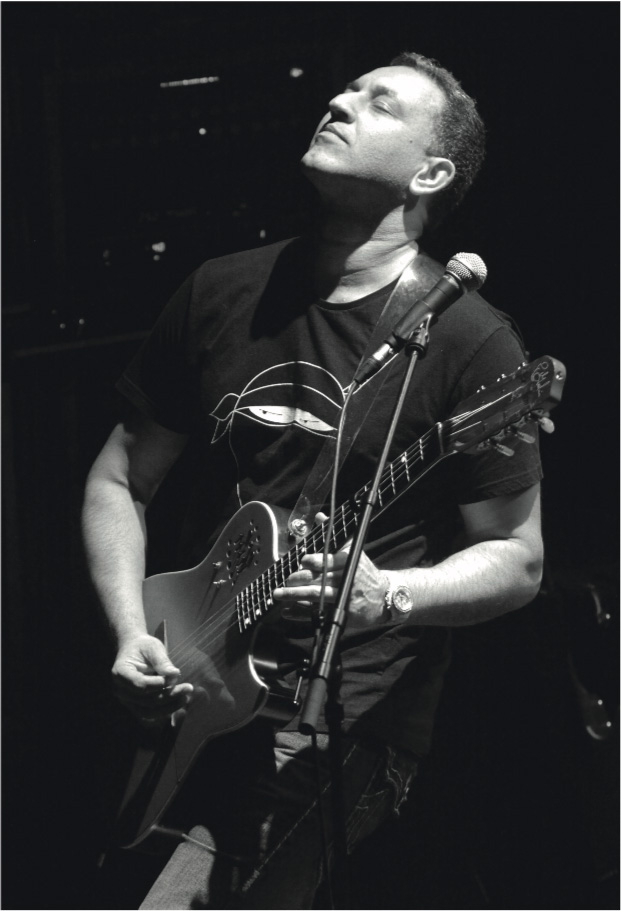 This impressive flexibility was clearly evident in Ibrahim’s most iconic collaboration: Ian Brown’s Unfinished Monkey Business. Released in 1998 to serious critical acclaim, it was The Stone Roses frontman’s first solo record and a defining UK album of the era. Ibrahim co-wrote five of the tracks, including the lead single “My Star.”

“Some of the music I developed at home, some took inspiration from the lyrics,” Ibrahim explains, becoming animated as he remembers a project he still holds dear. “On ‘Corpses in Their Mouths,’ for example, Ian wrote this fantastic lyric for the chorus. So I just shut myself off in a cupboard with a little portable studio and a set of headphones and listened to his lines over and over again. Out of that came the guitar melody, which weaves through his vocals.”

He recorded the entire album with just an AKAI S2000 Sampler and a four-track Tascam.

“I’d have the AKAI running samples while I recorded my Rickenbacker parts and then looped them. We had no producer. The idea was that the album was organic, lo-fi and made without interference. Just two kids playing and making music together.”

This was in stark contrast to the big-name producer approach that other big UK acts like Radiohead, Travis and the Manic Street Preachers were pursuing at the time. “Everybody wanted this polished, produced sound and we went the opposite direction,” says Ibrahim.

So what are his current sources of inspiration? “I’m always looking to further myself musically,” he says. “I don’t listen to a lot of new bands. Instead I look for inspiration in other instruments: sitar, flute, and Asian…”

He stops mid-sentence and his fingers begin flying up and down the fret board, creating a sound unlike anything you’d expect to get out of a guitar. 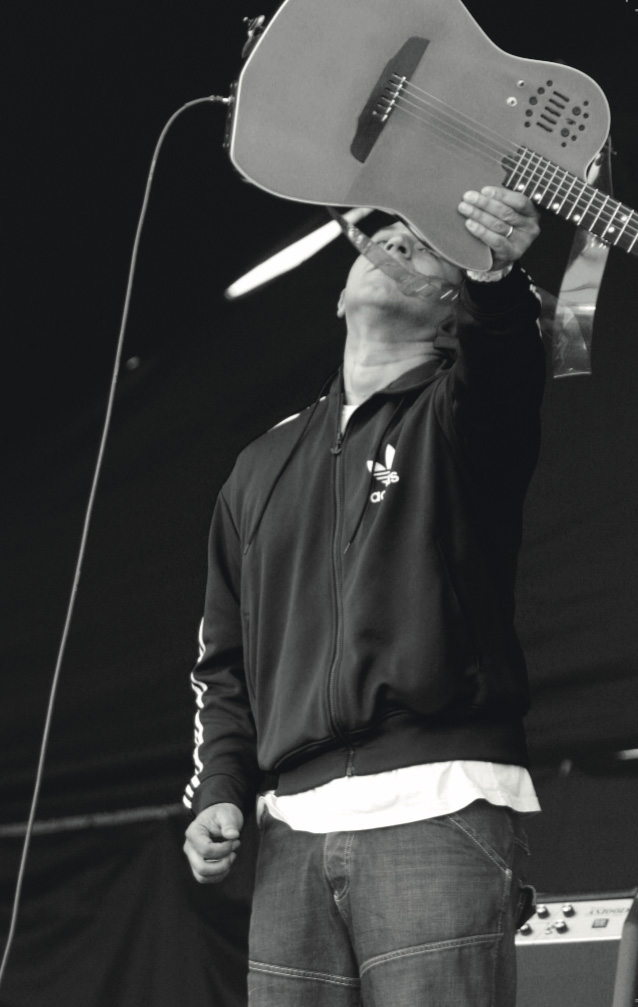 Ibrahim has a similar approach to his equipment; the creative end product justifies the technical means. “It’s the quality of sound that matters to me,” he agrees. “I still use old gear like DATs and cassettes if I can get a good sound out of them. It is like painting or any art form. You’ve got to have the right tools to get across what you want to say.”

This means that Ibrahim, unlike many musicians, isn’t a disciple of one single recording system. On some project he uses Ableton, on others Pro Tools, and he’ll even use apps on his iPhone if that’s what is required: “I will work with whatever is necessary to get the job done.”

That said, like all good guitar-heads he isn’t averse to playing some pretty special instruments – especially on Unfinished Monkey Business, where he got to use what ex-Stone Roses guitarist John Squire had left behind. “I used a 1959 Les Paul, a 1962 Strat and a Gibson ES-345,” recalls Ibrahim wistfully, sounding more like a man remembering old flames than borrowed guitars. “I was really spoiled on that album…that was some nice gear.”

GO WITH THE WORKFLOW

Yet as he talks about his setup there’s one surprising word that keeps coming up: workflow. That might sound more like the business rather than music world, but for Ibrahim the workflow defines his whole approach. Right now he’s into wireless technology for just that reason. “I use wireless everywhere for everything,” he admits. “The tone is just so good.”

“It also means I can walk around the house while I’m recording. Wireless isn’t just for the stage: It’s for the living room, the bedroom…maybe even for playing on the toilet,” he laughs before continuing, “Again, it is about workflow. With wireless I’m not worried about changing cables or tripping over anything, and I can get my ideas out without any barriers.”

The latest beneficiary of Ibrahim’s incomparable talent is Mike Joyce, the former drummer of The Smiths, with the two recording together under the portmanteau AzMik. “We’ve decided to start gigging because it sounds good,” he says, his voice infused with energy as he talks about taking to the stage once again. “We’re gonna get a DJ in as a third member…or maybe not, who knows. But I’m loving playing right now.”

What is most important for Ibrahim about AzMik is that it is founded in friendship – just like his past collaborations with Ian Brown, Paul Weller and all his other co-conspirators.
“My relationship with anyone I work with is always open. I love it when someone rings me up and says: ‘Why don’t you come over and hang out and make some music.’ That’s how it always was when I was growing up as a kid in Manchester, and that’s how I want it to say. It is all about keeping the fun aspect of music.”