Artists and Their Engineers: Part One 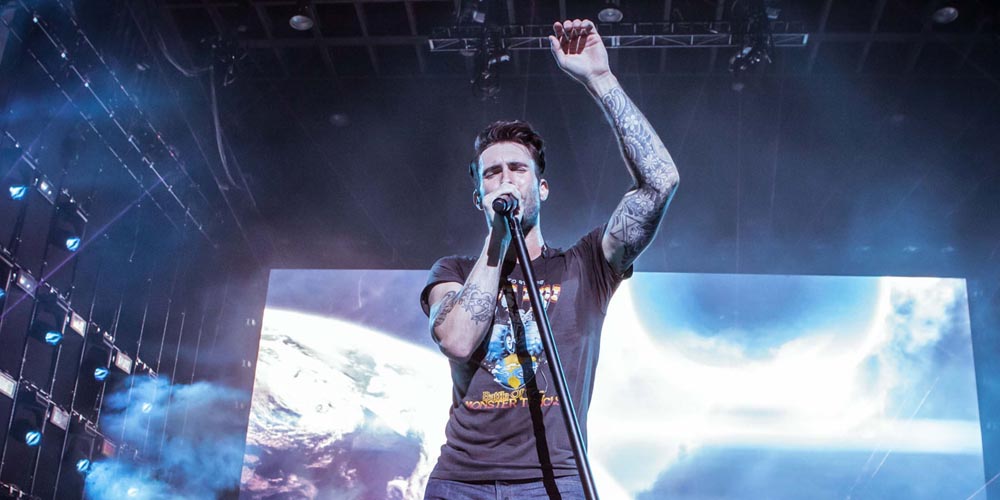 There are so many aspects of a live performance that contribute to its success. Everyone works together, performing their appointed tasks with the goal of bringing smiles to the fans' faces until the last note is played.

The relationship between artists and their engineers plays a key role in the success of any live performance. If the audio sounds good to the artists, they're able to put on a better, more emotional performance. If there are audio issues, it can really kill the moment.

My job takes me backstage at theaters, music festivals, and awards shows where I work with both artists and engineers. After years of watching them interact, I got more and more curious about the give and take between them, so I began collecting their thoughts on the nature of their relationship, beginning with the characteristics of the ideal relationship.

Adam Levine explained that the nature of the relationship should be fundamentally creative. "I think you should have a creative relationship with anyone that's handling the audio portion of what you are doing," Levine said. "If someone is mixing something or someone's giving you a microphone to use, or someone is helping you get a guitar tone, I think you should always approach it from a creative place. If you're a little bit too clinical with that kind of stuff, it can tend to sound flat."

James Valentine added that he views their engineers as band members. "We have such a close relationship with our engineers. Essentially, they are part of the band. They are the guys in between what we are doing, what we are trying to express, and what the audience actually gets. So it's very, very important," Valentine said. "We're hearing something different on stage than the audience is hearing. Kevin [monitor engineer] does a great job in crafting the experience for us. We really have to get a great sound onstage so that we can be in the moment and it can be about the music."

Later, I checked in with the band's Front of House engineer, Jim Ebdon, and monitor engineer, Kevin Glendinning.

Ebdon continued, "So it really is a huge trust thing. Hopefully, my experience and track record proves that they can trust me to make them sound good. I don't want to screw up anyone's career, including mine."

Glendinning explained how they all work together when new gear and ideas come up. "If we ever change a mic or come with a different approach or reexamine the way the stage layout is, Jim will often say, 'This will help Kevin' or I'll often say, 'Hey guys, you got to play like this…it's not working for Jim.' They see that we're going on half of a decade of experience mixing shows…that's a good thing," he said. "It's not always the relationship with every band. It's really a solidarity thing. When audio things come up, whether it's ears, Front of House, struggling with this or we want to work on this, they usually do incorporate both of us, which is good. We only scream at each other once a week, Jim and I."

"And that has nothing to do with work," Ebdon quipped.

Glendinning laughed and added, "Or mixing sound or doing shows."

At the studio where Megadeth was tracking their next album, I checked in with Dave Mustaine about the ideal artist / engineer relationship. Here's what he had to say:

"I think loyalty is important. Confidentiality is important. Teachability is important. As soon as you start to think you know everything, you've pretty much revealed you know nothing," Mustaine said. "I do think that sometimes when you are dealing with younger engineers who are new to the business, they tend to think they know what they are doing and will do stuff without checking with the artist. That's not cool. It's great to have great ideas, but when you are a team, you ask one another. You don't tell."

Mustaine continued, "I think the most important thing is having a good bedside manner. If you are worth your salt as an engineer, you're going to deal with many different artists. They are all different, like different colors on the palate. You have to be able to adapt and improvise like a Heavy Metal Marine. You almost have to be like a psychiatrist to understand the different psychoses of the artist because we are all different. Some guys are really easy-going, and some guys are really tense. It's just like with money. Some people want to know where every penny goes, and some people don't care."

While I was attending the 50th Academy of Country Music Awards in Arlington, Texas, I was able to ask a host of engineers about this topic, including Robert Bull, monitor engineer for Martina McBride and The Rolling Stones.

"Trust I think is the big thing," Bull said. "Knowing that you always have their back and they always have yours. Even in the worst situation, you know you've made it the best it can be. They know that as long as I have that guy over there, this is the best this is going to be for that day."

"The other thing is: never give up," Bull continued. "I know with Mick [Jagger], it was really hard at first because he doesn't know what to ask for. There were times when it got a little frustrating. About two months ago, Martina and I went through a run where I couldn't figure it out. Just staying positive and working my way through it is why I still have a job… at least I think I do," he laughed.

I asked him then if Martina McBride, who has a deeper understanding of audio, was able translate what she hears in a way that makes sense to him.

"She does," Bull said. "She knows what things sound like when they are out of phase. She knows her frequencies; she knows the ones that bother her. She's really good about stage volume, and she's really good about working with the house. If you were to listen to the house without wedges on, it's awful. When it blends together, it's this big three-dimensional, really sweet, Hi-Fi sort of mix. It's her approach, and it's what's comfortable in her headspace. We try to achieve it every day."