75 Years of the Unidyne Microphone 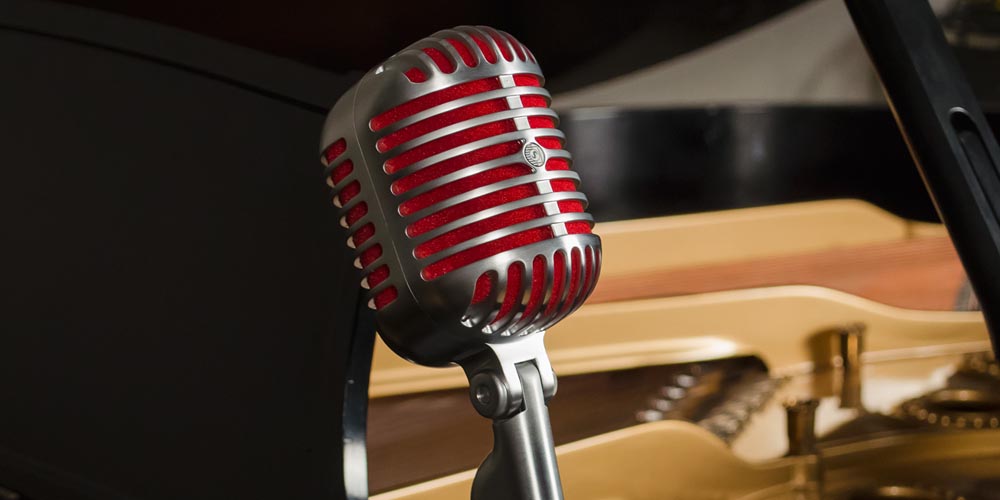 The 5575LE Unidyne® 75th Anniversary Vocal Microphone is a classic beauty. As such, it's easy enough to appreciate its iconic design and superior sound quality without any context at all. For the true mic geek, however, the historical details make the obvious beauty shine that much brighter. So, here they are. (Truth: We love to geek out over them too.)

In 1939, newly out of college, Shure Associate Benjamin Bauer developed the Uniphase Principle, which allowed the achievement of a cardioid polar pattern using only one microphone cartridge. Prior to this, achieving a cardioid polar pattern required electronically combining two separate microphone cartridges: one omnidirectional and one bidirectional.

Problems with the old way of achieving a cardioid polar pattern included inconsistent polar patterns and frequency responses. Plus, these dual-cartridge microphones were often cumbersome and delicate. This breakthrough earned Bauer, an immigrant from Odessa via Havana, his first of over 100 patents for audio technology.

What does "Unidyne" mean?

The name has multiple layers of meaning. The uni part is for three things: unidirectional, the single mic element, and the uniqueness of the product. The dyne part refers to the dynamic mic element as well as to the dyne, which is a unit of force used in acoustical measurement.

What inspired the design?

The Art Deco-style design is an homage to automobile grilles of the late 1930s, like that of the 1937 Oldsmobile Convertible Coupe.

How did it become such an iconic presence?

The Model 55 was available in three versions:

Its design caught the eye of iconic performers like Elvis Presley, Frank Sinatra, and Ella Fitzgerald, as well as heads of state. Through that exposure to the public, the microphone gained recognition as both a cultural presence and a sign of quality.

What's the significance of the Institute of Electrical and Electronics Engineers Milestone Award?

This award was presented to Shure in January 2014 for the Unidyne technology, which puts Shure in the company of the most influential inventors in the realm of electrical, electronic, and computing of the past 200 years, including Guglielmo Marconi, Nikola Tesla, Michael Faraday, and Benjamin Franklin.

Shure Unidyne Microphones, then to now[/caption]

Are any other Unidyne microphones still in production?

Is the 5575LE an exact replica of the original Unidyne Model 55?

We made painstaking efforts to manufacture the 5575LE in accordance with the Model 55's original design concept. A lot of advancements in microphone technology have occurred since 1939, though, so we tried to strike a balance between honoring the aesthetic of the original and delivering the best sound quality possible. The microphone element is a Unidyne III, the same one used in the SM58. Additionally, we made some mechanical updates to improve the structural integrity of the product.

How can I get one?

For a limited time, the 5575LE will be available from Shure Authorized Dealers.

For tons more information about the history of the Unidyne, download The Unidyne Story, a 48-page brochure carefully compiled by Shure historians.