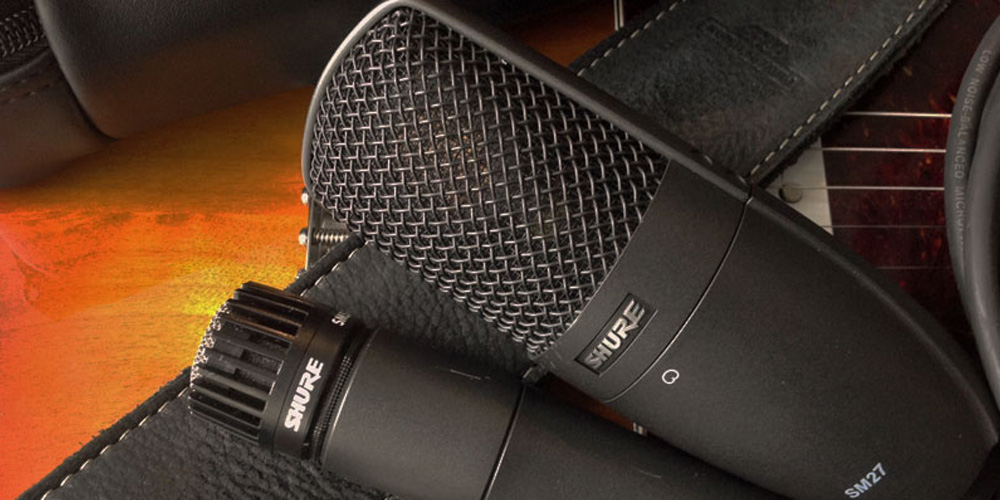 Recording your own music can seem daunting as there are many different ways to go about it and the technology can feel like a big learning curve. Fortunately, thanks to advances in home recording over the last decade or two, recording your music has never been easier. Perhaps even more significantly, professional results can be achieved at home or in a small project studio for a relatively modest budget; you just need to get the basics right and the rest becomes much easier.

It might seem obvious, but you'd be surprised how many times this issue occurs during a recording session. If your instrument is poorly maintained, with strings that haven't been changed in years and with poor intonation setup, everything you do afterwards will be a waste of time. Any attempt to fix these issues after you've recorded would require specialist plugins (such as Melodyne) and will take you many hours to complete (if it works at all!). Invest into a new set of strings and have your intonation checked prior to recording for the best possible tone and tuning stability.

The accuracy of your tuner becomes critical in this scenario, particularly if you plan to intonate your guitar. Cheap guitar tuners can be inaccurate for even basic tuning applications – let alone setting up your guitar correctly. Investing in a good guitar tuner is essential.

Shure do not produce a stand-alone tuner; however, the Shure GLX-D16 (Beta Digital Wireless Guitar Pedal System) does feature a sophisticated strobe and meter tuning function. Strobe tuners are best suited to setting your guitars intonation due to their high sensitivity and accuracy. Not to mention, you'll also be able to go wireless on stage and tune silently!

Try this trick for extra tuning stability next time you setup..... Graphite nut - some guitar players use a standard pencil to rub graphite into the nut when changing strings. Graphite acts as a lubricant, and will prevent your strings from getting caught in the nut. There are commercial products on the market, but a pencil will do the job at no cost.

For electric guitars, the SM57 is a great place to start. Countless engineers and guitarists use the SM57 as their go-to mic when recording guitars. Some famous examples that spring to mind include Fleetwood Mac Rumours, and Radiohead's O.K Computer. The SM57's well-positioned presence peak & high SPL handling help make it an industry standard for guitar cabs and more. There are arguably many other more interesting options available from Shure, but it is the reliability and dependability that makes the SM57 a 'Swiss Army Knife' of the microphone world. Ken Caillat (engineer for Fleetwood Mac) is pretty clear on his love for the SM57; stating the following in his Shure interview:

"I work more as a producer these days than an engineer. I always take an SM57 with me, and compare every mic in the studio. 99% of the time, my favourite mic is the SM57"

Microphone selection is, of course, a very personal thing, and for those looking to experiment beyond the familiarity of the SM57, there are many other factors to consider. For the purpose of this blog, we'll stick to the basics; but essentially, you can choose between 3 microphone types: Dynamic, Condenser, and Ribbon. Here are some Shure examples to consider:

Large Diaphragm Dynamic Mic - SM7B. The SM7 is often referred to as the "SM57 on Steroids". The larger housing and diaphragm help to increase low-end response, and depending on your application, this may be an advantage. You can read more on the differences between the SM57 & SM7B in our previous blog covering this topic.

Condenser Mic - SM27. For some engineers, the more narrow frequency response of a dynamic mic is too limiting, or simply not to their taste. Some prefer the wider frequency response and greater sensitivity of a condenser mic. If this is your thing, the Shure SM27 is a great option with its flat frequency response and a -15db switchable attenuator, which makes it perfect for handling high SPL levels typical of electric guitar amps.

Ribbon Mic - KSM313. Ribbon microphones were once the staple of the recording industry but fell out of favour to more durable condenser mics. Their smooth high-frequency response and musicality makes them a popular choice on electric guitars for a smoother high end. Traditionally, their achilles heel has been the delicate ribbon, which can be susceptible to damage if dropped or if a gush of air breaks the ribbon.

"I am hugely impressed with this mic. I think this will almost be a secret weapon for me from now. I think you just need to get people to try this mic and I guarantee you they will start using it. We ended up using the KSM313 mic on guitars and on vocals – the fact it is dual voice makes it multi-purpose and essential!"

We're all familiar with the classic rock n' roll image of oversized 100 watt stack amps on stage. You could justify an amp of this size if you're rocking out Wembley Stadium, but do you really need 100 watts of power in the studio? Guitarists will be familiar with how thin an amp can sound at low volume and how you need to get a decent amount of heat into those valves before the true tone of your amp can be unleashed. Therefore, wouldn't you be better off with a small combo, say down to 15 watts but run nice and hot?

Not to mention the advantage of small single speaker combos when it comes to mic positioning... It's much easier to mic a single speaker cone so consider downsizing your amp next time you record; you might be surprised how less can be more in this instance.

So, you've setup your guitar, selected your mic, and chosen a suitable amp. You're nearly ready to rock, but first, you'll want to invest some time getting the mic positioned in a way that does your efforts justice. Get it wrong, and you could have a headache on your hands during the mix. Get it right, and your mix should be halfway there already. Once again, for the purpose of this blog, we'll stick to the basics.

If you're only using one microphone, position the mic somewhere between the dust cover and the speaker, and an inch or so from the speaker cone. From here, you can begin to tweak your mic position with the following in mind: brightness and low frequencies. Low frequency adjustments are heavily driven by the proximity effect (more on this later).

In a nutshell, as you move your microphone closer to the centre of the speaker cone, the tone will become brighter. In most cases, somewhere in-between the edge of the speaker cone and the centre will give you a balanced tone that works best for everything from clean to distorted sounds. Once you have the brightness balanced to taste, you now need to consider the lower frequencies, which brings us neatly on to tip number 5.

Proximity effect is a phenomenon inherent in microphones with a directional pickup pattern, whereby as the mic is moved closer to the sound source, the bass frequencies are emphasised. This is caused by ports used to create directional polar pickup patterns and so omni-directional microphones do not produce this result. With this in mind, the proximity effect can be used to your advantage; enabling you to either emphasise or control the bass on your guitar depending in how close the mic is to the grill. The ability to exploit the proximity effect is one of the elements that make the SM57 so popular for guitar. Because the ball grill is absent from the SM57, you can position the mic closer to the sound source, and thus, emphasise the bass considerably more that you could with the SM58. You can read more on the difference between the SM58 and SM57 here.