Shure Axient Digital delivers consistent sound in the challenging environment of the “All together now” TV-show. 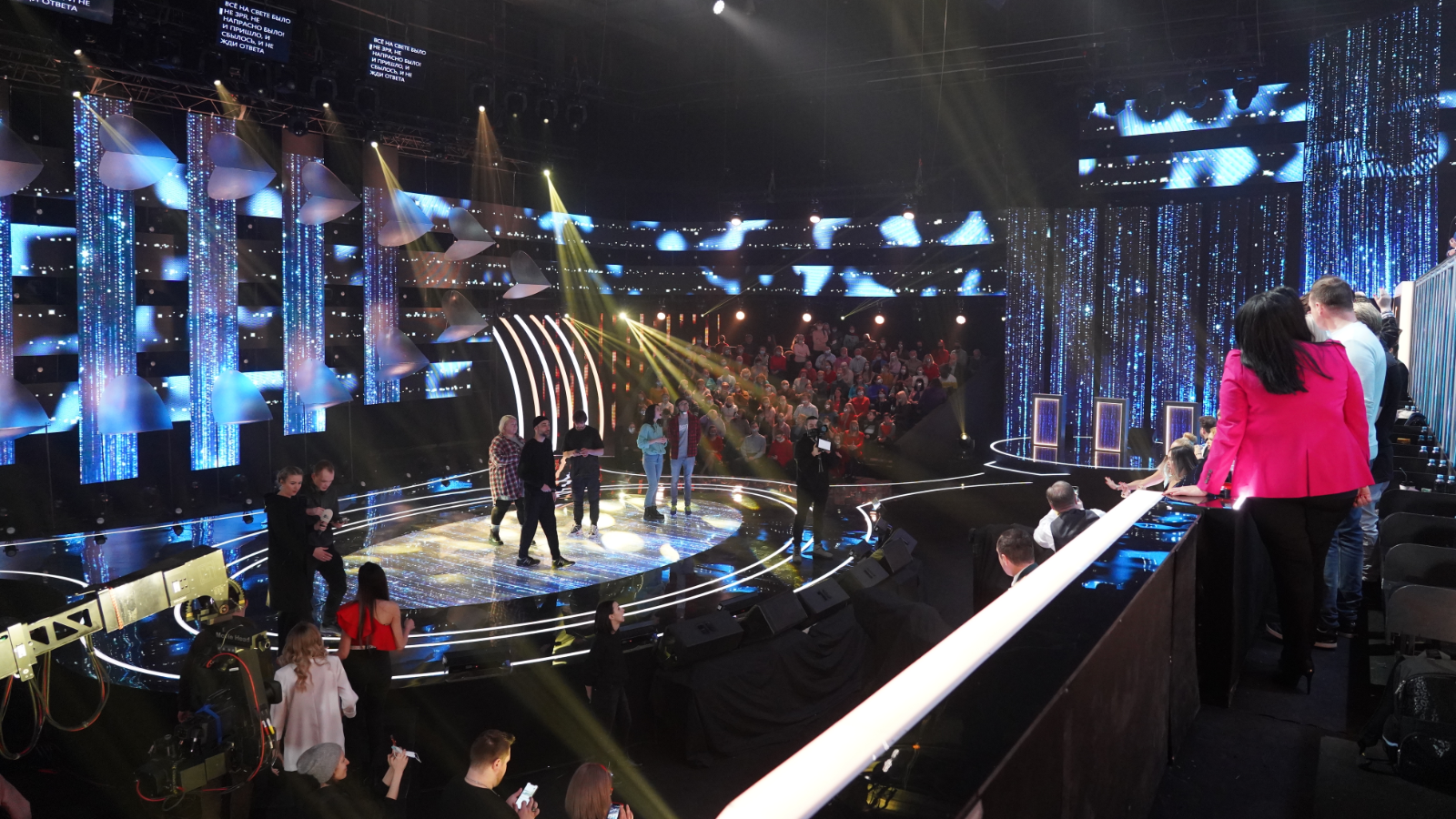 The third season of the Russian version of popular vocal TV-contest “All together now” started in the spring 2021 on one of main federal TV-channels in Russia.

8 participants go on the stage each episode to perform in front of the “wall” with 100 experts. They must really rock so that each and every expert would stand up and sing with them. The more experts support the participant the more chances he gets to be in the finale and compete to the prize.

It was a challenge for the team of sound engineers and RF-specialists to provide stable sound in extremely difficult RF-environment. There were a huge number of LED-screens and lightning devices on set. Moreover, LED-screens were used not only as a part of the scenery, but they were also placed behind each expert forming a huge LED-wall.

Shure Axient Digital top-end wireless system had been chosen to ensure stable sound on such a large-scale project. ADX bodypacks and handheld transmitters, a Quadversity receiver with two pairs of antennas supported by a Showlink AD610 access point and an AXT600 scanner were used for the host of the show Nikolai Baskov and the chairman of the jury Sergey Lazarev.

"This is an incredible level of convenience and control over the entire Shure ecosystem!"  — Vyacheslav Drozdov, sound engineer, Sonic-Service rental company

Participants went on the stage with ULX-D series transmitters, and a hundred of wired SM58 microphones were installed for experts..

Shure wireless systems have delivered consistent audio with no signal or RF-quality loss throughout the venue and behind the scenes.