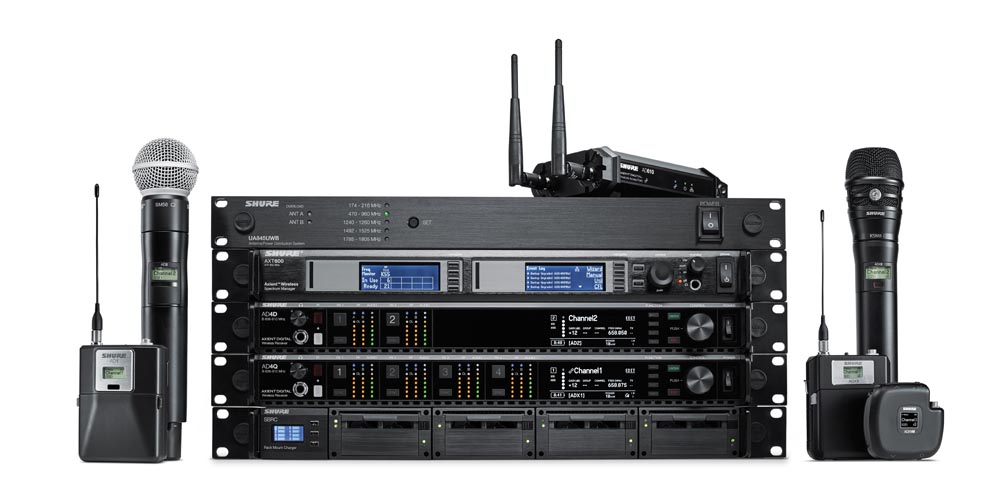 CHICAGO, June 20, 2019—The 73rd Annual Tony Awards was a first for Shure, as the live CBS broadcast relied entirely on Shure Axient® Digital for the first time. The digital wireless solution was a game changer for the production according to Vinny Siniscal, who engineered audio for the show with Firehouse Productions.

“Using Axient Digital allowed us to pack all of our audio needs into the proper open airspace,” said Siniscal, referring to tighter spectrum availability at Radio City Music Hall. “Plus, the Wireless Workbench® software helped us track everything. We had 48 microphones active, and I could adjust them all from my control center. I could also track battery life of each transmitter to make sure we were always charged.”

The show, hosted by James Corden, featured performances by Ain’t Too Proud – The Life and Times of the Temptations, Beetlejuice, The Cher Show, Choir Boy, Hadestown, Kiss Me, Kate!, Oklahoma!, The Prom, and Tootsie.

“Knowing that the biggest stage in theater relies on Shure products to help execute such an important moment in the industry means everything to us,” said Ben Escobedo, Senior Market Development Specialist, Pro Audio at Shure, who was onsite at the Tony Awards. “We understand how hard theater professionals work toward making their performances stand out, and we want to ensure our equipment helps showcase those talents on Broadway’s biggest night.”

Siniscal’s job was to make sure the audio sounded great for each of the performers -- as well as the host -- for the nationally televised live broadcast. He used 57 total transmitters, including 32 ADX1Ms for Corden and the ensemble cast.

He was also able to set up four “diversity” zones and said Axient Digital handled all of the micro bodypack transmitters “like a champ.”

“The ease of coordination made running the audio for this show like a dream,” he recalled. He used the transmitter registration feature to assign multiple transmitters to the same receiver channel, enabling him to increase his overall management capabilities and make changes with the touch of a button.