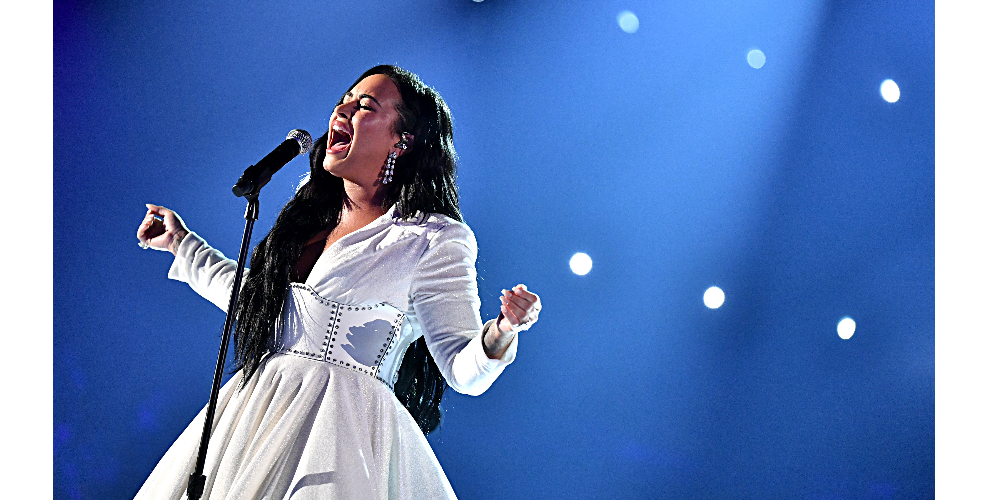 CHICAGO, February 4, 2020—Broadcast live from Staples Center in downtown Los Angeles, the 62nd GRAMMY® Awards created an evening of unique performances by top artists from across the musical spectrum. From the exuberant opening number by triple GRAMMY winner Lizzo to the inspirational finale in support of music education, this year’s program was marked by inspired performances and audacious production numbers, with returning host Alicia Keys maintaining an inclusive tone in word and song.

The evening kicked off with E! Live from the Red Carpet, as artists made their way inside the venue. Host Ryan Seacrest conducted interviews with Shure TwinPlex™ Subminiature Lavalier Microphone TL46 with an Axient Digital ADX1 bodypack. Head of audio at E! Entertainment, Ryan Mitchel remarked, “The A1 loved the quality of sound. It was nice and warm and natural. Not a lot of EQ had to be put in place.”

As always, performers were supplied with their preferred wireless microphones, supported by a veteran production team headed by Audio Coordinator Michael Abbott. A majority of performers opted to perform with Shure Axient® Digital handheld microphones and PSM® 1000 in-ear monitor systems, including the night’s big winner, Billie Eilish. Eilish, who swept the honors for Album of the Year, Record of the Year, Song of the Year, and Best New Artist among her five awards. Eilish used a custom white Axient Digital ADX2 for her performance of “When The Party’s Over.”

Perhaps the most stirring performance of the evening was by Demi Lovato, accompanied only by a pianist and her Axient Digital with SM58® capsule. Returning to the stage for the first time since 2018, her vulnerable yet powerful rendition of “Anyone” drew a rare standing ovation from the Staples Center audience.

Wireless antenna systems and frequency coordination – always a difficult assignment – were smoothly delivered by RF specialist Steve Vaughn of Burbank-based Soundtronics. One new addition this year was the adoption of Dante™ audio networking for all wireless systems, a capability that’s native to Shure Axient Digital systems. This enabled System Designer Jeff Peterson to keep all vocals in the digital domain from receiver to the fader, with all consoles taking an identical MADI stream along with an analog backup. Peterson was enthusiastic about the audio improvement inherent in the change.

“With Dante, the digital side has better high end because we’ve eliminated a lot of copper from snakes and splitters. It also gives us better low-end definition by eliminating transformers. This was our first year using Dante on the live broadcast, and the result was outstanding,” noted Peterson.

Music mixer John Harris agreed. “Listening to the audio of each Dante device directly on the Axient Digital systems, for instance, was a wonderful new addition to this year’s audio chain,” he said. “I also had so much more gain available, which let me use the full frequency range of the microphones. It just opened everything up. There was really no noise floor.”

With its long track record of success on the GRAMMY stage, it’s no surprise that Shure wireless was in use at a variety of high-profile GRAMMY Week events. The 30th Annual MusiCares benefit gala took place at the Los Angeles Convention Center, honoring Aerosmith as Person of the Year.

The lavish celebration benefits MusiCares, a GRAMMY organization devoted to helping music industry professionals through difficult times with confidential assistance in medical, financial, and personal emergencies. The fundraiser included an impressive roster of artists, with a dozen tribute performances, followed by a four-song set by Aerosmith with special guests.

Vahling, of Audio Masterpiece, Delicate Productions’ frequency coordinator for the event, explained, “Shure’s High Density carrier operation mode gave us the ability to condense our RF bandwidth and accommodate the event's channel count requirements. It’s our goal to be able to get them what they need and maintain excellent signal-to-noise ratio, to provide the ultimate sound quality for the audience and the production recording.”

As always, Shure Associates were onsite throughout GRAMMY Week to ensure all artist needs were accommodated. Despite limited available spectrum and demanding production, wireless operations were flawless throughout the broadcast. As Artist Relations Manager Cory Lorentz commented, “Shure is proud to play a small yet critical role in helping these amazing artists bring their music to life. Congratulations to all the musicians, engineers, and technicians involved in this year’s GRAMMY Awards.”