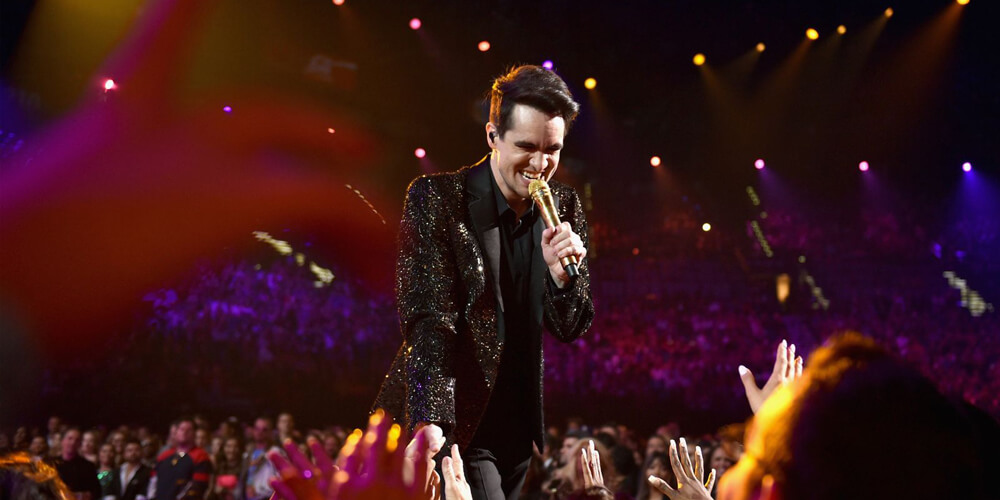 CHICAGO, May 14, 2019—On successive weeks in Las Vegas, Billboard Magazine presented its two major award shows, honoring the best-performing recordings of the previous year. On April 25, the Billboard Latin Music Awards were hosted by actress Gaby Espino at the Mandalay Bay Events Center and broadcast live by Telemundo. The following Wednesday, May 1, Kelly Clarkson hosted the NBC telecast of the Billboard Music Awards from the MGM Grand Garden Center Arena.

These celebrations of success featured very different artists and separate crews, but shared key production elements. Both events used Shure Axient® Digital wireless microphones and Shure PSM® 1000 in-ear systems for the artists. Shure PSM 1000 was the default choice by artists for personal monitoring. Music mixer Eric Schilling worked both events, mixing all performances at the Latin Billboards, then alternating mixes with Paul Sandweiss at Billboard Music Awards the following week. For both shows, the broadcast production mixer was Tom Holmes, and the primary PA and backline supplier was ATK Audiotek.

“Of course, we always make available whatever wireless microphone the artist prefers, but Axient Digital has really become the mainstay at these award shows,” notes Eric Schilling. “We never really have any glitches or complaints, and the sound quality is outstanding.”

"At the Latin Billboards, Axient Digital was the backbone for all the performance and post microphones, with six channels for our hosts that were the ADX2FD enhanced transmitters,” notes Brooks Schroeder of FCG. “We had a ShowLink® access point set up for remoter transmitter control of those channels so we could change frequencies if needed.” Host Gaby Espino and presenters Bad Bunny, Carlos Vives, Marc Anthony, and Luis Fonsi used those wireless channels.

In addition, Schroeder’s system design used the Wisycom MAT288 antenna distribution matrix, which in turn spidered out to Shure AXT630 antenna splitters for all RF devices. On the monitoring side, the PSM 1000 systems were all routed through Shure PA821 combiners. The IFB monitors for the Telemundo presenters and reporters were all delivered through Shure PSM 900 in-ear systems.

At the Billboard Music Awards, host Kelly Clarkson used the Axient Digital AD2/KSM9HS handheld throughout the telecast for hosting duties as well as her performance. The AD2 transmitter was also used in a career-spanning musical medley by Billboard Icon Award winner Mariah Carey as well as performances by Jonas Brothers, Halsey, Khalid, Maluma, and Shure endorsers Tori Kelly, Dan + Shay and Panic! At The Disco.

Frequency Coordination Group was very pleased with the outcome. “From the network variety shows to the red carpet, the Latin Billboards themselves, and the post-show, everything was great,” reports Schroeder. “The entire wireless system had no failures, no issues. We had a great show.”

Eric Schilling echoes that evaluation. “Doing these two Billboard shows back to back is a challenge, but with Shure wireless, I never really have any problems,” he notes. “When I’m out in the truck mixing, I’m always happy when I see Axient Digital out on stage.”