Legendary Audio Brand Provides Flawless Sound for a Once in a Lifetime Moment October 12, 2020 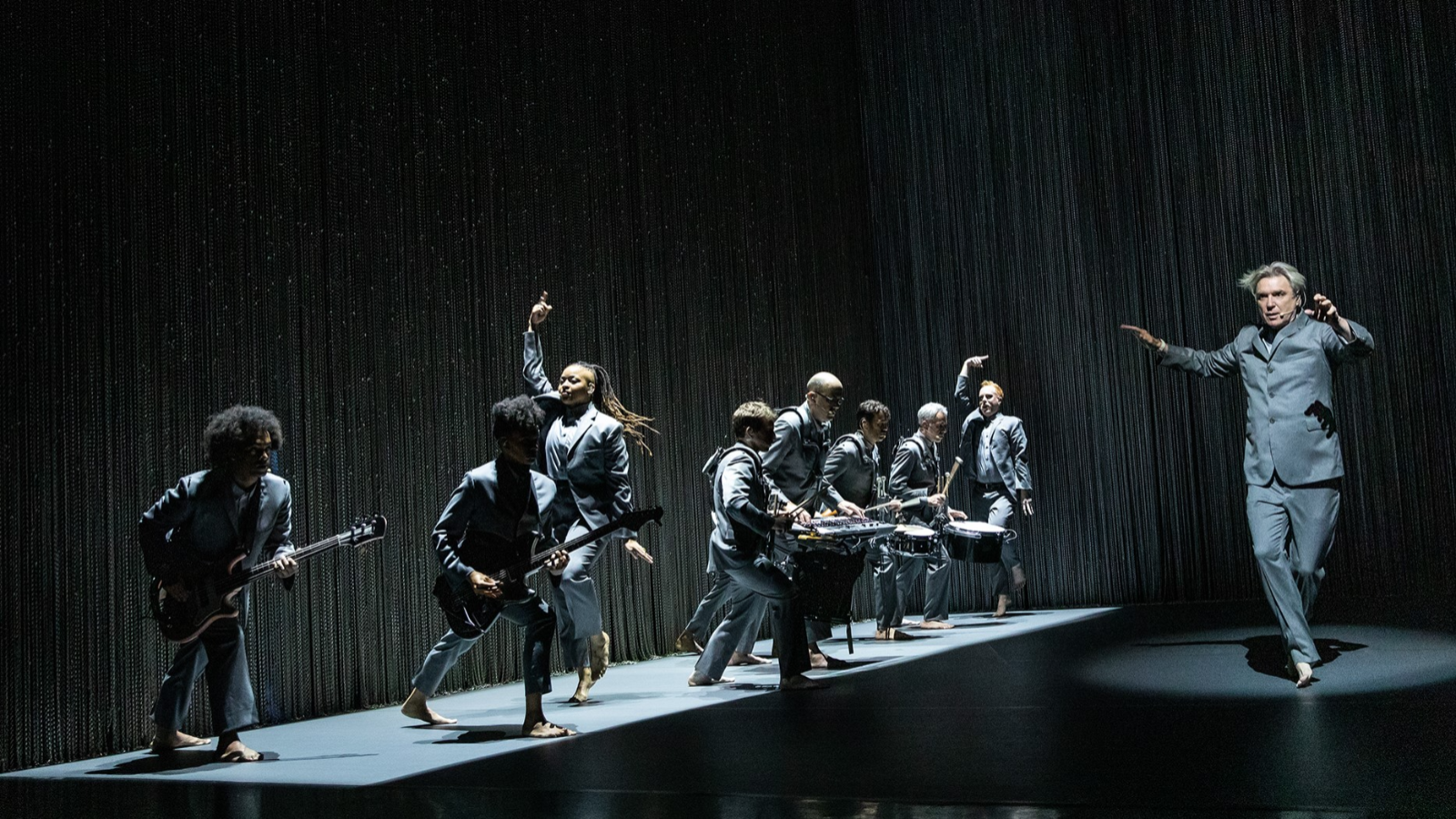 CHICAGO, Oct. 12, 2020—With more theatrical performances broadcast on television and available from major streaming providers, audiences are able to see a new side of live shows. Unlike movies and specials that are shot over a long period of time, these theater performances are recordings of live broadcasts that require top-notch lighting and audio throughout every scene.

The upcoming HBO broadcast of the live Broadway performance of David Byrne’s American Utopia will provide a more widespread audience with yet another example of theater’s amazing production work. This one-of-a-kind film is directed by Oscar- and Emmy-winning auteur Spike Lee and was recorded during its late 2019 to early 2020 run at Broadway’s Hudson Theatre in New York City.

The special includes performances of songs from Byrne’s 2018 solo album in addition to popular Talking Heads favorites such as “Once in a Lifetime” and “Burning Down the House.” The musical numbers accompanied by brief monologues let Byrne address various social issues.He is joined on stage by an ensemble of 11 musicians, singers, and dancers from around the globe.

It was all part of Byrne’s vision a few years ago – a concert performed where everyone on stage is mobile and untethered. There would be no wires on musical instruments to anchor performers in one spot, allowing Byrne and the ensemble the freedom to maneuver without any audio interference. Around the stage, 125 feet of steel chain mail draped from the ceiling acted as a suggested border, visually captivating the audience’s attention. However, from an audio standpoint, the metal curtain was a sound designer’s worst nightmare.

The congested, complex RF environment in New York’s Theater District, along with the high wireless channel count and chain curtain potentially causing interference, capturing quality sound could have been a monumental challenge. So what did the audio engineers do to make American Utopia sound so good?

Shure – a leading global manufacturer of audio equipment that’s been at the forefront of audio technology innovation for almost a century and continues to set the worldwide standard for excellence in the industry – played a pivotal role in addressing the audio challenges presented by this project. During its run on Broadway, American Utopia relied heavily on Shure gear to guarantee exceptional sound.

Engineers depended on Shure’s award-winning Axient® Digital wireless system and new subminiature headset microphones, TwinPlex™, to ensure premium audio quality even as performers moved around the stage and changed instruments throughout the show. Coordinating all moving pieces was made easier with the help of Shure’s Wireless Workbench® software.

“People were saying, this sounds too good for you guys to be actually playing this,” noted Byrne. “You’ve got tracks. You’ve got playback happening, right? And so now, we do a thing where we start a song instrument by instrument and people hear how the whole thing fits together.”

When it comes to live performances, mics can’t be just adequate – they have to be flawless. Capturing the voices of the performers is absolutely essential in a theater performance. Audio professionals work hard behind the scenes to ensure each show sounds extraordinary. As more people have the opportunity to watch theater at home, there’s a lot more to appreciate when it comes to how excellent they sound.

“Shure products have always empowered customers to dream big,” said Jens Rothenburger, Director of Global Marketing, Pro Audio at Shure. “Recent technological breakthroughs have unleashed a new wave of creativity that wasn’t possible before due to technical limitations. American Utopia is a prime example of this ingenuity.”

For behind-the-scenes interviews with Byrne and the American Utopia audio engineers, check out: https://www.shure.com/en-US/performance-production/customer-success