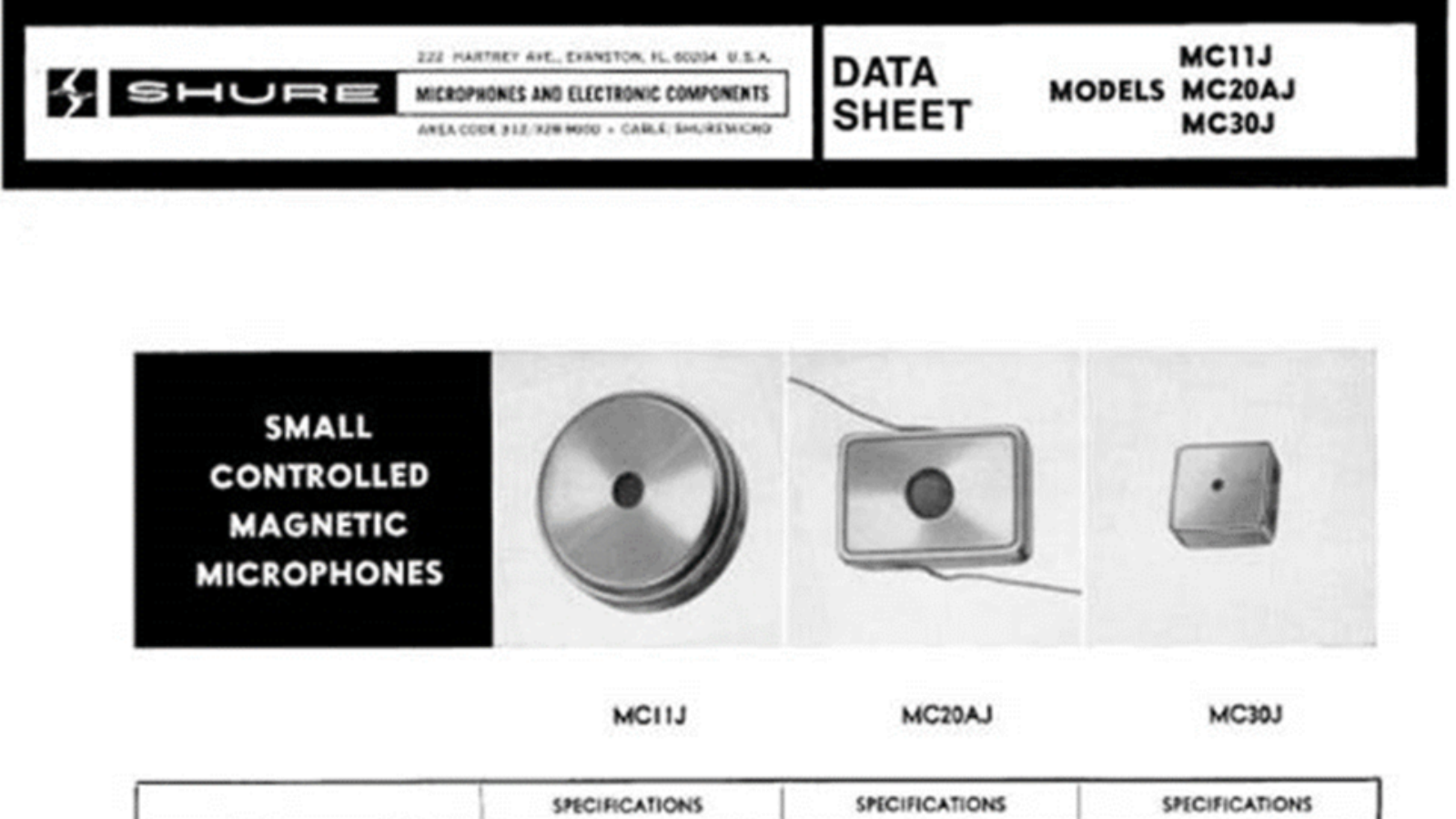 CHICAGO, October 6, 2021 — The spy movie industry really began to take a more prominent role in the 1950s and 1960s. In 1953, James Bond was created by writer Ian Fleming for several books and short stories. His character was later adapted into a movie franchise starting with 1962’s “Dr. No.” With the newest release of the James Bond movie, “No Time to Die,” Shure is looking back at that era and how microphones played an instrumental role in the real espionage game.

Shure exited the miniature microphone element industry by 1970, discontinuing these products. It is another of many examples of how Shure products were involved in key moments throughout world history. More here on the Company’s history.