For us, ULX-D is unmatched in many respects.

The Voice Kids is a successful prime-time Friday night German  talent/reality TV show, based on the established format of The Voice of  Germany, but exclusively focused on child performers. A co-production  between TALPA Germany and Studio Berlin Adlershof, based at the latter  company’s headquarters in south-eastern Berlin, the show is now in its  fourth series. Since early 2016, a 20-channel Shure ULX-D digital  wireless microphone system has been used to capture the performances of  the young contestants. 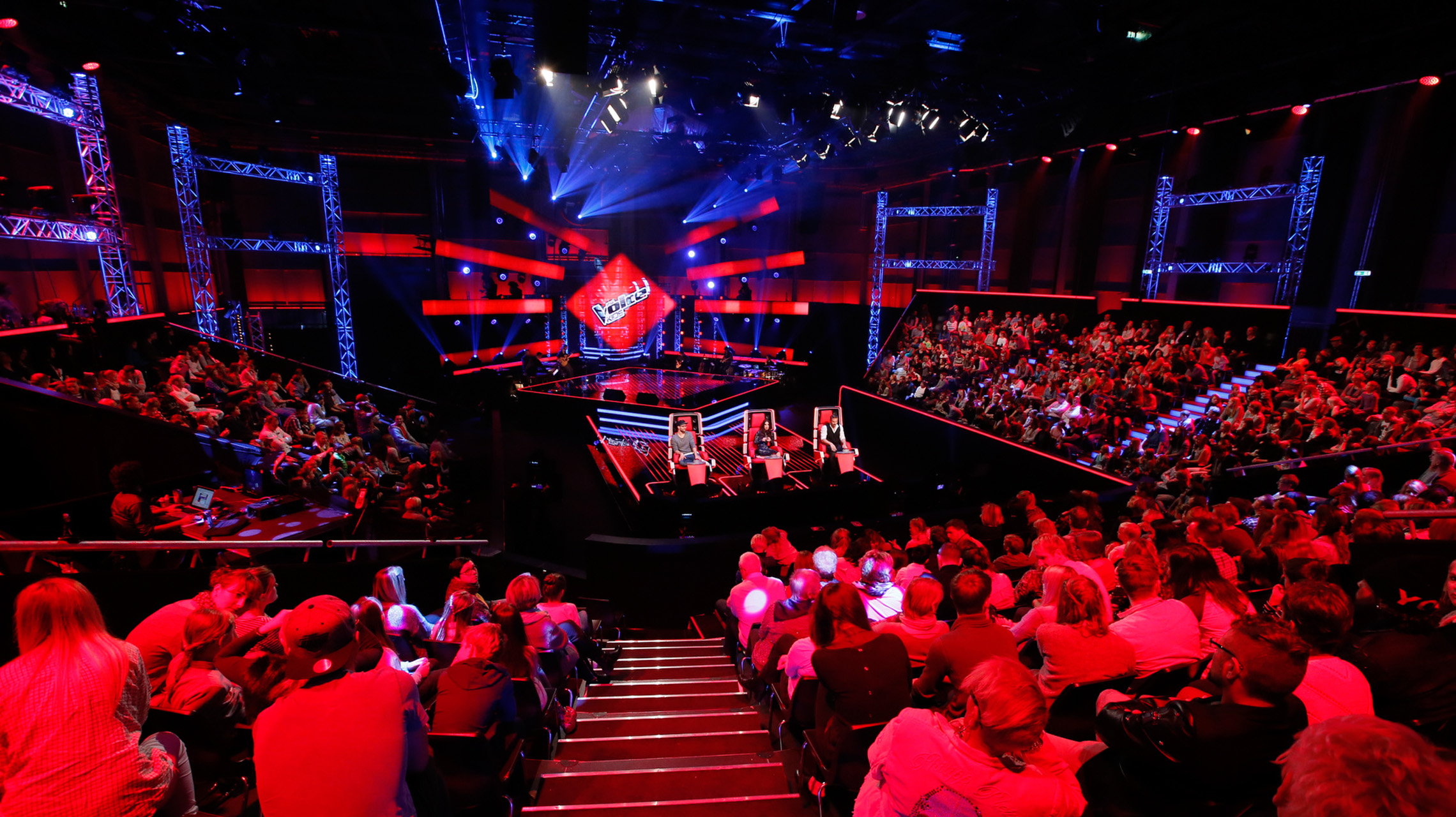 The Voice Kids has run every  year since 2013, and is a large-scale production with contestants and  additional live acts performing song and dance routines every week,  using a large number of wireless mics with plenty of backups in case of  unexpected failures. Due to Germany’s second Digital Dividend, the  availability of RF spectrum for wireless use looked likely to become  more restricted in the coming years, but the production team knew there  would be no corresponding drop in the need for wireless channels on  their show. They decided to upgrade their wireless system to something  that could work more efficiently with less available spectrum, but still  give them a high number of interference-free wireless channels. Due to  the system being continually in demand while the show was in production,  it was important that the switchover could be done as seamlessly as  possible. In the end, the upgrade was carried out after the third  series, and before the fourth began in early 2016.

20 channels of Shure’s digital ULX-D system was chosen because it  fitted the above criteria, and also offered the advantage that it was on  sale, operational and in use by other broadcasters in comparable  situations at the time the team was looking to change their wireless mic  system. The busy Voice Kids team couldn’t afford to experiment with a  system still in development that might (or might not) become more usable  over time.

According to Silvio Grau, a freelance engineer who looks after the  wireless systems and frequency planning on The Voice Kids, ULX-D sounds  great, and uses spectrum more efficiently than the previous wireless  system used on the show. Frequency management is also more  straightforward now thanks to Grau’s ability to use Shure’s Wireless  Workbench RF management software and an AXT600 spectrum manager, which  was installed at the same time as ULX-D by Berlin integrator Werner  Audio GmbH. Grau also finds some of the ULX-D system’s user functions  particularly helpful, such as the ability to change mic gain assignments  remotely, without having direct physical access to the wireless  transmitters. The last word has to go to Technical Audio Support Manager  for Studio Berlin Adlershof, Kai Bastian: "For us, ULX-D is unmatched  in many respects."