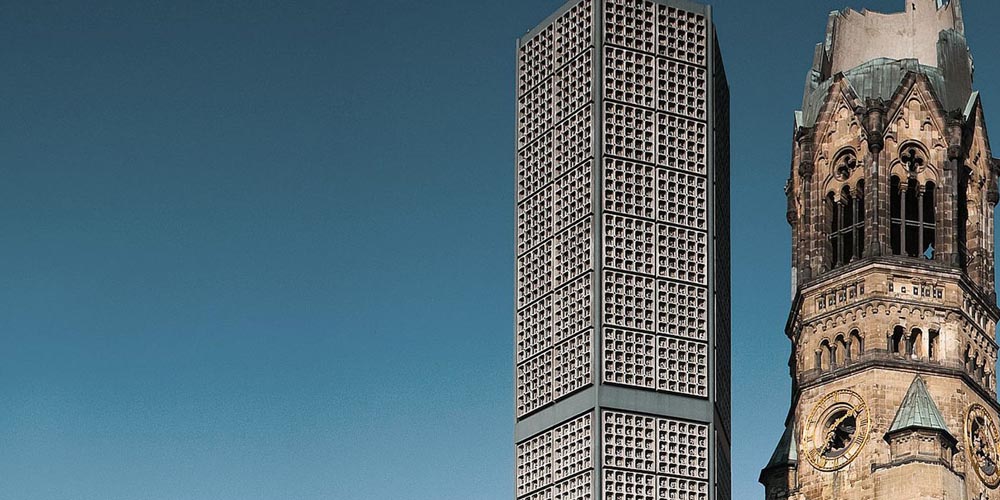 For the audio reinforcement of the busy Berlin Memorial Church, the  leading engineers needed a wireless system that could work effortlessly  with the existing Dante infrastructure. ULX-D fully met this need.

The William I Memorial Church is a very busy church in Berlin which  holds several services a day and regularly serves as the venue of  classic concerts.

Therefore, a capable sound reinforcement system was required to fully  and satisfactorily transmit sound. In 2013, as part of a complete  renovation programme at the memorial church, the parochial council  appointed the engineer Rainer Zincke, owner of Berlin installation and  engineering company Church & Sound, to plan and install a new sound  reinforcement system, to be controlled via Dante.

Zincke decided that a wireless microphone system would be used as  part of the new PA for the amplification and reproduction of speech,  singing and musical accompaniment, and chose Shure’s networkable ULX-D  digital wireless system for the task. Zincke explained his choice by  stating that ULX-D systems exploit Dante to the fullest. Church &  Sound installed two ULXD4Q Quad receivers at the church, running a total  of four ULXD2 handheld mics with Beta 87C heads and four ULXD1  bodypacks with associated lavalier and headset mics.

The memorial church is usually busy, with at least three services  held daily in the 31-metre-high octagonal chapel. The church is also  used for concerts, theatrical performances, nativity plays, and other  events. All now make use of the ULX-D system.

"For exactly this reason, all the technology here, including the  wireless mic system, has to be easily switchable, so that a sound  reinforcement system set up for a primarily speech-based event can be  automatically altered to be suitable for a musical concert by simply  selecting a different mixer preset," concludes Zincke. "The ULX-D  transmitters are ideal in this respect — they run all day on their  intelligent Lithium-ion rechargeable batteries without a hitch. We never  even have to think about switching batteries or charging now."