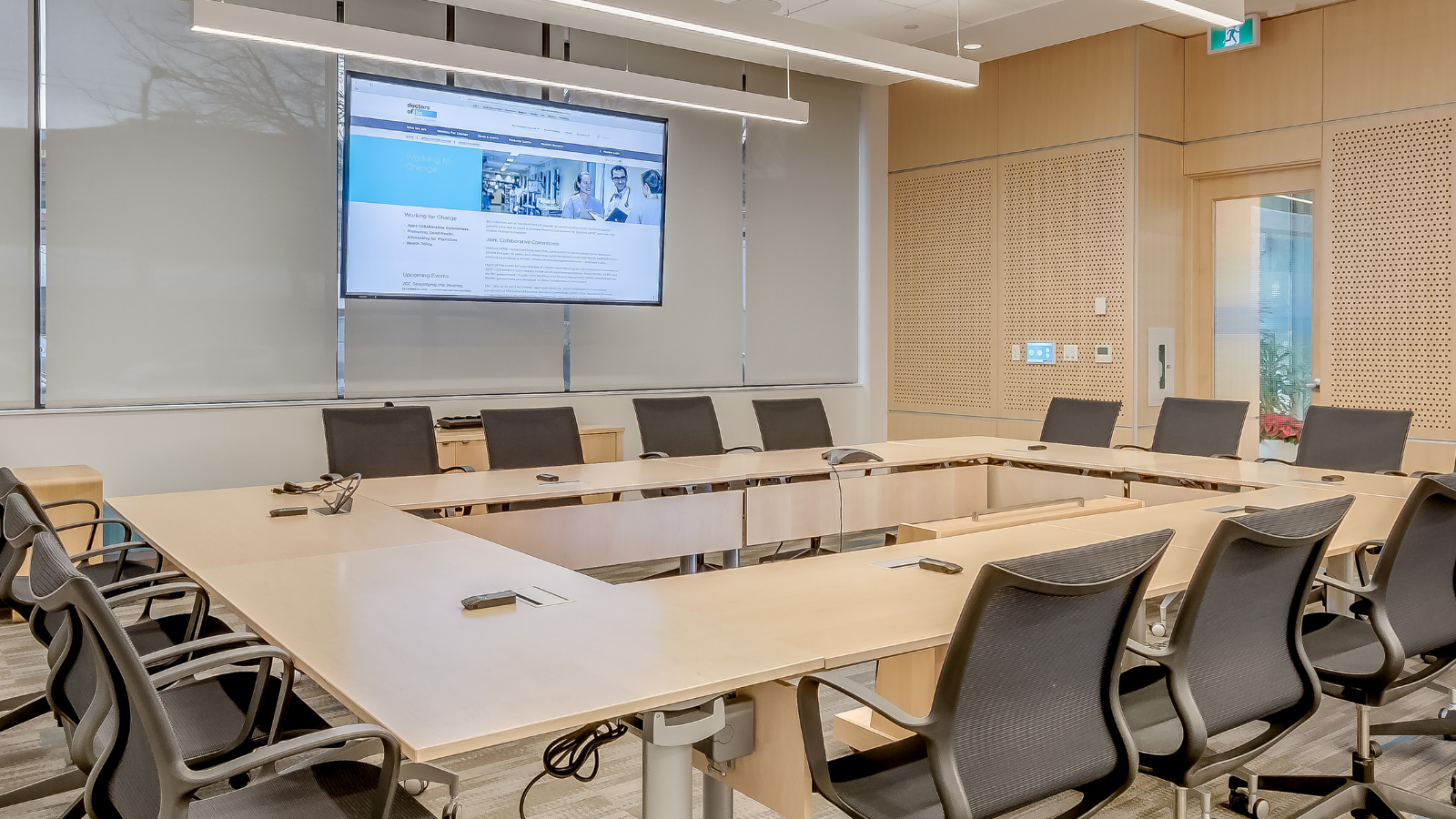 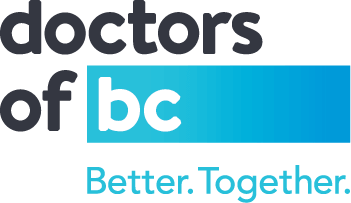 Doctors of BC is the association that represents 95% of all doctors in British Columbia. At its Vancouver office, the association hosts up to 45 meetings each month with participants either fully engaged onsite or spread out across the province participating via teleconference.

To create a flexible, easily deployed, microphone system withhigh quality sound for the facility’slarge audioconferencing area, which can be divided into two or three independent meeting rooms used simultaneously.

The conferencing area at Doctors of BC headquarters in Vancouver is a very large room that can be split into three separate meeting rooms. Deploying microphones for the ever-changing room configurations was a daily challenge, often compromising sound quality during audio teleconferences. Doctors of BC engaged IHB Systems, a Vancouver area AV design/build specialist, to create an audio system to solve these issues.

IHB project manager Craig Whitley was impressed with the ease of installation and networking provided by the Shure Microflex® Wireless platform. The system utilizes wall-mounted Access Point Transceivers, which sense when transmitters are removed from their charging station and powered on. Two-way wireless enables remote monitoring and control of all system functions, including fully automatic frequency coordination. Audio and network data ride together on a single Ethernet cable.

With its browser-based Microflex Wireless Control Software and rack-mounted Audio Network Interface, Shure MXW connects easily with other AV networks. IHB Systems prides itself on its intuitive user interfaces, and Shure control strings made it simple to incorporate full command of the wireless systems through the room’s Crestron touch panel.

The MXW systems are deployed with 8 channels in each of the two smaller conference rooms and 16 channels in the larger central meeting room. When the airwalls are opened up to combine rooms, the wireless microphones work together as a unified system. IHB devised specific tunings to ensure consistent sound quality in any room configuration.

“The entire MXW system is so well thought out, there’s literally nothing to worry about in a corporate environment,” notes James Smith, IHB president and founder. “Users don’t have toworry about frequencies and transmitters are stored in their charging stations, so everything works as soon as you turn it on. We set up the transmitters to power up automatically when removed from the charging station. Easy and intuitive.”