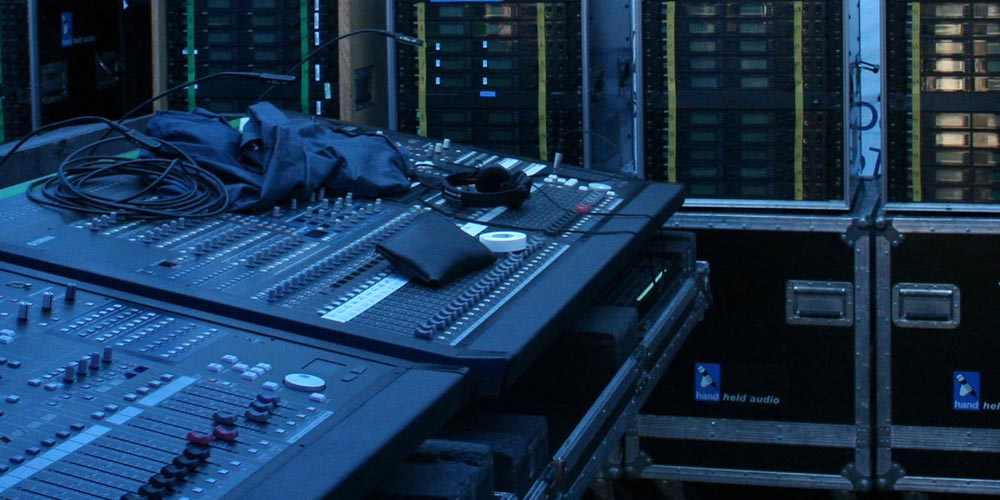 Hand Held Audio Ltd, a  leading pro-audio hire company, supplied 160 channels of Shure UHF-R  wireless microphones for the latest T Mobile flash-mob advert. The  karaoke style event was a world first and the largest RF event of its  kind ever recorded, which was fully supported by Shure Distribution UK  (SDUK).

Lead by international pop/rock star Pink, over 13,000 people  descended on London’s Trafalgar Square to sing hits including ‘Hey Jude’  and ‘Is This The Way to Amarillo?’ Members of the crowd were supplied  with 160 Shure microphones, including the Beta 58 and SM58 models, each  transmitting on independent RF channels. Footage from the event will be  used to produce a series of television advertisements for T-Mobile.

Hand Held Audio was responsible for deploying the wireless technology  for the event and determined that 160 wireless channels were required  to meet the project brief. With such a challenge on their hands, HHA  called upon SDUK to assist during planning and to provide additional  onsite support throughout the event. The final frequency plan comprised  of 162 channels (two extras for Pink) occupying 518Mhz to 865Mhz. Every  microphone would need its own independent channel, with all having to  run alongside each other simultaneously on the day. Providing coverage  for the whole of Trafalgar Square, measuring 100m by 60m, presented a  significant challenge. The busy RF environment in Central London and  possible inter-modulation between frequencies also compounded the  problem of successfully isolating enough frequencies.

Tarkan Akdam, Technical Manager at Hand Held Audio comments, “We  decided to use the Shure UHF-R kit as it offered the best in current  radio mic technology and frequency ranges needed to make this work. The  antenna system, designed to feed the 80 dual receivers, had to have  enough gain to provide sufficient levels of coverage but not too much  that inter-modulation and RF interference would cause problems. It was a  question of getting the balance right. We opted for a four way antenna  system, with passive Shure wideband paddles (PA805SWB). I designed and  built a four way wideband, low noise, high gain RF headamp system, all  interconnected with over 400 meters of double shielded Triax cable.”   This ensured voice data from every microphone was picked up, while  minimising interference from other RF channels. A second pair of Shure  active wideband antennas were installed on the broadcast truck aimed at  Pink’s podium to guarantee coverage for her microphone. To properly  distribute the RF signal, Tarkan opted for 21 Shure UA845 antenna  distribution units.

“Isolating 160 channels is a big task in any location, and being in  the centre of London made is an incredibly technical and precise task.”   He explains. “We faced several issues. Trafalgar Square is already a  busy RF environment, with frequencies in use by local business, TV  stations and theatre productions in the nearby West End. We needed to  take into account any local TV transmitters so we didn’t interfere with  anyone else whilst ensure the singers’ voices came through crisp and  clear. Sufficiently strong wireless coverage, to ensure we picked up all  the mics was a must.”

Prior to the event, several field strengths tests were conducted to  check for interference and make sure all 161 channels would run  alongside each other. Akdam comments “We ran tests initially with 40  channels and the day before the event we had 160 running at once. The  task was incredibly daunting but on the day it went off without a hitch  and we are very pleased with the result. The Shure mics and UHF-R  equipment worked superbly, with voices of the singers delivered  seamlessly to the receivers. In terms of size, we believe this is a  world’s first in RF events.”

Akdam adds “Events of this nature require resources and having fewer  things to worry about is always a great help. I knew with Tuomo Tolonen  from SDUK I had the full backing of Shure which in turn meant I was lot  more positive that we could achieve what we set out to do. Using the  knowledge of the application engineers put me in a better position to  cross any technical hurdles.”