Shure’s Axient Digital is going Back to the Future 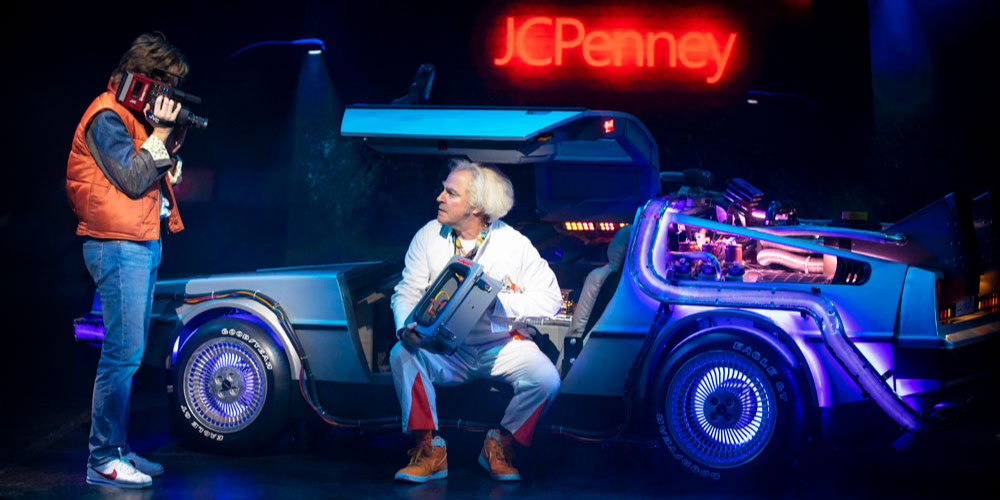 Shure collaborates with world renown sound designer Gareth Owen and Orbital Sound, to deliver first-class wireless audio for Back to the Future: The Musical.

Before the lockdown, the preview show was on an out of town trial at Manchester Opera House until 17th May 2020. The famous 1985 movie and pop culture phenomenon that’s now more loved than ever before, is transported to the stage by the film’s original creative team, consisting of Bob Gale (co-writer) and Robert Zemeckis (director and co-writer). The show is designed to take the audience on an electrifying ride through time with an all-new score alongside the movie’s iconic hits including The Power of Love, Johnny B. Goode, Earth Angel and Back in Time.

The Theatre Industry is Listening

“Shure is ahead of the pack when it comes to technology and their ideas, and Axient Digital is, without a doubt, the best digital wireless system on the market. The system gives a clear and noticeable improvement in sound quality. It has been a game changer for us.”

He continues: “We work very hard with the wardrobe department to hide bodypacks under wigs so that there are no visible wires. The curved construction of the Shure ADX1M bodypacks, and the fact that they are so lightweight, has allowed us to place them under the wigs much better, especially for those cast members who need to wear two bodypacks.

Very often when wearing multiple bodypacks, the costume designer would say the wig is getting too big and out of shape and you end up with one pack in the wig and one on their back, which defeats the objective of hiding packs in the first instance. It is very difficult to go backwards in size once you have encountered this sort of bodypack.” explains Gareth.

Theatre land can bring a whole host of RF Challenges, and whilst the construction of older theatres can help, Back to the Future: The Musical hasn’t been without a lot of background RF noise to navigate. Using Wireless Workbench, alongside Wavetool for RF coordination, control, monitoring and recording, has enabled the show runners to maintain control of their RF environment. Streaming through Wavetool and using the recording facility to record the last 30 seconds of audio has enabled the engineers to monitor for issues.

“For management and monitoring of RF, including status monitoring, Wireless Workbench was imperative,” comments Gareth. “On Back to the Future: The Musical, there is a huge amount of other wireless kit involved. We utilise huge video walls, a large video portal, a variety of wireless communications, around 70 2.4GHz Wi-Fi access points and lots of channels of wireless DMX lighting. All-in-all, there is a colossal amount of technology being used to deliver a great experience to audiences and it’s been working seamlessly.”

“The service and support from Shure has, as always, been great. They have been very responsive with any questions and early set up and are always willing to listen to those using the product in the market which is refreshing and welcomed.” Concludes Gareth.

“To be involved in the first musical theatre recreation of such a loved pop-classic like Back to The Future is a real honour for all of us at Shure. We've spent a great deal of time listening to the theatre industry, and in Axient Digital, we're pleased to see increasing numbers of shows finding success with the platform from sound quality gains to RF stability. Additionally, we're delighted to see the real-world benefits of new transmitter form-factors—such as the ADX1M Micro Bodypack—with its unique shape and internal antenna that was designed specifically with theatre production in mind. The Manchester trial is a roaring success, and we look forward to seeing where the show can go from here.” Comments Peppe Mallozzi, Regional Sales Manager, Shure.