Shure Axient Digital in use on the mainstage of Roskilde Festival 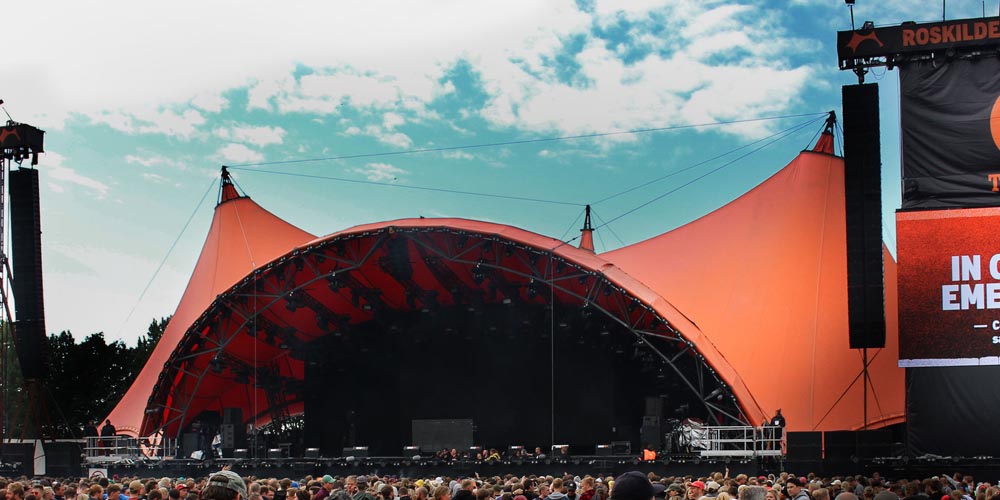 The city of Roskilde is known all around for two reasons mainly, a  worldclass exhibition of genuine viking ships, and one of the biggest  festivals in Europe.

Roskilde Festival is the biggest music festival in Northern Europe  with around 130.000 people attending. The festival started in 1971 and  is a non-profit organisation which supports humanitarian charities,  music and culture. Roskilde Festival has many international acts  performing on its nine stages and is widely known for its iconic main  stage “Orange Stage”, named after its significant orange coloured canopy  tent.

This year, Roskilde Festival was graced with an extra 12 wireless  channels of extreme reliability and supreme audio quality, as the two  biggest stages - “Orange” & “Arena” both had Shure Axient Digital  Wireless Systems available. Nordic Rentals, the main supplier for both  stages, had chosen Axient Digital for the mission critical purposes,  along with a lot of other Shure UHF-R Wireless Systems. Both systems  were used extensively and were highly appreciated. Several of the acts,  including US rap legend Ice Cube, performing on both stages used the  Axient Digital Wireless System, as well as the announcers on both  stages.

On the main stage - “Orange” - FOH engineer Malte Oscar spoke highly  of the system, as did Aaron Buck, who was the monitoring engineer. No  dropouts, outstanding sound - these were the general terms in which the  Axient Digital Wireless System was talked about. The same statements  came from the second biggest stage - “Arena” - where both monitoring  engineer Kim Khan and wireless manager Dennis Philbert had spent some  time getting to know the system. As always with new equipment, there is a  learning curve, but after a short while, they both said the system  looked very promising. Monitoring engineer Kim Khan said “Det er Shure  der dur” which is a danish rhyme that translates: “It´s Shure that  works”.

Shure Axient Digital and Roskilde Festival was a great match, and the  system will probably be a part of Roskilde in the future also.