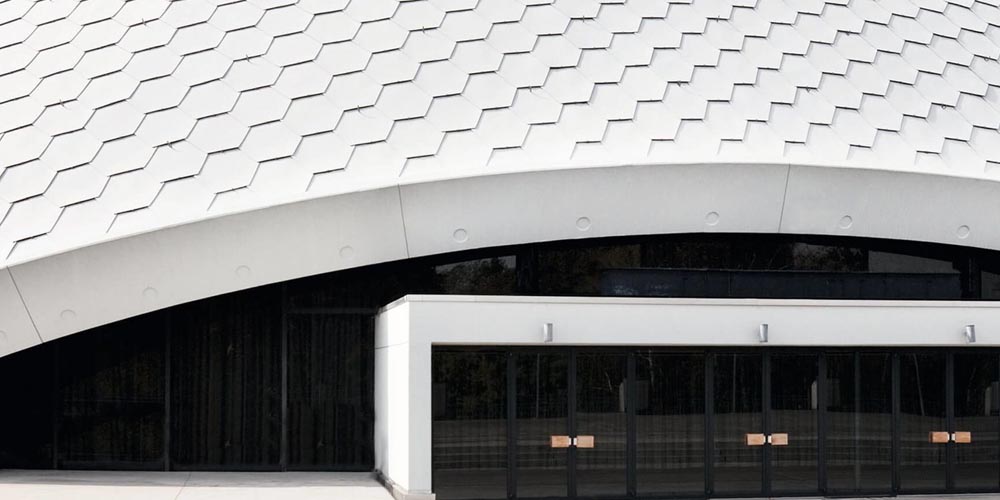 The entire audible frequency range sounds impressively open, the high  frequencies as well as the bass. In terms of sound quality and clarity,  this system is a clear step forward for me and I would definitely use  it again in future.

Xavier Naidoo, Sasha, Rea Garvey and Michael Mittermeier — known  throughout the German-speaking world as the 'German Rat Pack' — were on  the road once again in 2017, taking in Germany, Austria and Switzerland  on their "Alive and Swingin'" tour. Between February 10th and April 2nd,  the four singers put on their tuxedos once again, and, accompanied by  their big band, toured sold-out concert halls to an enthusiastic  response. The tour concluded with three concerts in Frankfurt’s 'Century  Hall' (known in German as the Jahrhunderthalle).

On the 2017 "Alive and Swingin'" tour, the Shure Axient Digital  wireless microphone system was used for the first time in Germany. FOH  engineer Roger Wagener and Sven Bonse (monitors), together with RF  Engineer Peter Lorenz, chose the Axient Digital wireless microphone  system consisting of a four-channel AD4Q receiver, and four AD2 handheld  transmitters with KSM8 dual-diaphragm capsules — one for each of the  lead singers. "I had been using the KSM8 capsules for a while on another  production", comments Roger Wagener, explaining his choice. "From the  very beginning, I was very excited about the microphone’s greatly  reduced proximity effect, and that proved really advantageous on the  "Alive and Swingin'" tour. The dual capsules are so well matched, the  sound remains very consistent no matter what distance the vocalist is  singing from."

The KSM8 capsules actually provided Roger Wagener with his  introduction to the new Shure Axient Digital wireless system. "A couple  of months before this tour began, I was in contact with Jens  Stellmacher, Shure Pro Audio Key Account Manager, about the KSM8  capsules, which I was using at the time. While we were talking about  those, Jens mentioned the new Axient Digital system and asked if we  would be interested in being the first people to use the new system live  in Germany." For Roger, the advantages were clear. "The entire audible  frequency range sounds impressively open, the high frequencies as well  as the bass. In terms of sound quality and clarity, this system is a  clear step forward for me and I would definitely use it again in  future."

Axient Digital combines the best aspects of earlier analogue and  digital wireless solutions such as Shure UHF-R, Axient, and ULX-D to  create a fully scalable, AES3 and Dante-compatible digital wireless  system that offers unparalleled audio transparency and RF performance.  Like the original Axient system, Axient Digital is extremely resistant  to interference and dropouts and highly spectrum-efficient, offering up  to 47 active channels of wireless in each 6 MHz TV band when using the  new system’s High Density mode (or 63 channels in an 8 MHz band).  Furthermore, the overall system latency has been kept below 2ms. In  short, Axient Digital is a reliable, user-friendly system that can be  used in a wide range of applications from live shows to corporate  presentations and installed sound projects.

Monitor Engineer Sven Bonse has also been won over by Axient Digital  after using it for the first time: "The sheer reliability of the system  gives me a good feeling about using it on a daily basis," he explains.  "I can now take rock-solid operation completely for granted during a  show and not think about the wireless channels at all — which was, and  often still is, far from a given when using other systems. When you’re  working with in-ear systems in particular, you notice little  interruptions in the signal immediately." In addition to the system’s  resistance to interference and dropouts, Bonse is also impressed with  how easy it is to set up Axient Digital before a show: "You can do so  much to prepare and remove possible sources of trouble in advance,  particularly with Wireless Workbench."

With the powerful sound of their on-stage Big Band behind them, the  singers on stage needed to hear clear signals from their vocal mics that  would cut through the dense, loud monitor mix — especially when  working, as they were here, with on-stage wedges for monitoring. "A  stage like this one has so many kinds of audio sources interacting on  it," concludes Sven Bonse. "I’m extremely grateful that we were working  with a pickup-resistant system like Axient Digital, with a lot of  headroom!"