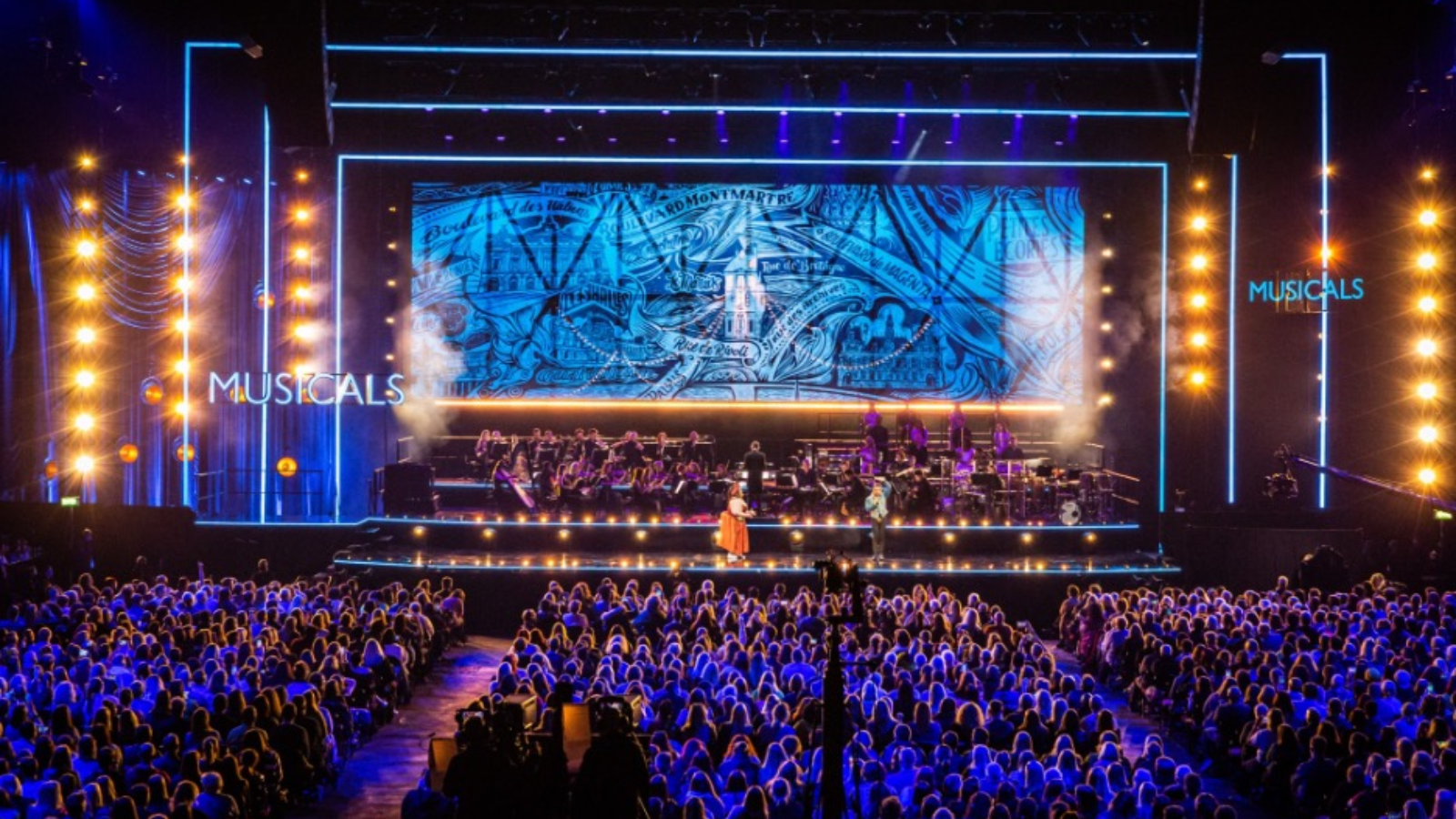 London, June 29, 2022 - Shure, a leading manufacturer of microphones and audio electronics, is the one and only choice of digital wireless system for the stars at ‘Big Night of Musicals’ by the National Lottery.

At the end of January, Jason Manford hosted a celebration of the very best of musical theatre at the AO Arena in Manchester, Big Night of Musicals by the National Lottery. The show was packed with sensational performances from the casts of the UK’s biggest West End and touring shows and some very special collaborations including Beverley Knight MBE, Keala Settle star of The Greatest Showman, and Olivier Award winner Sam Tutty.

Joining them to perform some of the most popular songs from the theatre were the casts of Dreamgirls, Back to the Future, Dear Evan Hansen, Tina - The Tina Turner Musical, Bat Out of Hell, Andrew Lloyd Webber’s School of Rock, & Juliet and Waitress as well as Disney shows The Lion King, Beauty and the Beast and Frozen.

The ensemble and principle casts from each show were large and ranged from every production house currently in residence to those touring (Disney, Lloyd-Webber etc). The productions use RF in their current shows and due to the amount of time needed for the change overs, there needed to be a system that the team could swap packs from the casts coming off to going on, following COVID protocols of wiping every pack as it was taken off the existing performance and miced up and tested for the next performance going on.  The sheer amount of ensemble and principal artists, and the quick change overs on the show, meant that organisation was absolutely imperative. The whole team behind the show in all departments worked tirelessly to achieve a great result.

Project Managers Wigwam chose the Shure Axient Digital wireless system to meet these challenging requirements - the kit included AD4Q, AD2, AD, ADX1 packs and UA845, UA847E, AXT600 and Wavetool.  Commenting on the selection of the Shure Axient Digital system, Thomas Horrobin from Wigwam said: “The Axient Digital system allows for better use and efficiency of the spectrum which leads to higher channel carrier count per show. The properties of the digital transmission allows for further distances covered with the use of helical and paddle receive sites, Shure RF distribution and efficient use of the spectrum when coordinating using Shure Wireless Workbench.”

He added that both the touring and resident productions had used Shure Axient Digital previously and therefore, it was familiar to the actors and the sonic signature is what the productions are used to as it is well known for ease of use, good integration with software, form factor and battery compatibility.

Apart from the physical aspect of swapping packs, challenges overcome with the Shure technology included moving to the AD2 HHs to reduce spill from the arena for the principle artists, and antenna distribution that covered the entire arena for the presenting of the show with Jason Manford using an AD2 with KSM9 capsule.

To make things simpler, any equipment settings were specified and cleared with the production technical teams before operation and all shows were identical in packs and RX settings for ease of the show operation.

Explaining the original selection of Shure, Tom added: “Dave Phillips presented the system to Wigwam/ SSE Audio when it was brand new, and we optioned it straight away - Form factor for the AD4D Receivers, 4ch in a 1u rack and a wide tuning range gives maximum rack footprint efficiency in the venues and space in the touring racks, along with the ability to utilise a wide range of RF spectrum, minimising the need for different ranges of equipment to achieve the same goal. It was an instant success with our clients and across the group as a whole and we have never looked back. The Shure products are robust and reliable and Dave provides excellent product and customer support - attentive, detail focused and a pleasure to work with.”

Commenting on what impressed them most about Shure Axient, Tom added: “It has to be the overall ease of operation - universal battery system, long life, signal to noise ratio, reliability, integration with software and hardware, form factor and efficiency of rack space. It also gets me to the pub 48 mins faster than any competitor.” Nobody can argue with that.

Stuart Moots, Director Pro Audio concludes: "It's great to hear that Axient Digital continues to provide the best performance for Wigwam on such a great show - given the current constraints we face with reduced spectrum - to be able to ensure we can deliver the channel count required is extremely impressive and credit to Tom and the team for making it all happen."