What happens when two classical musicians quit their orchestra jobs to become YouTube stars? BRETT YANG and EDDY CHEN from TWOSET VIOLIN have pulled off the career switch of a lifetime – and have the millions of followers to prove it.

YouTube might have countless guitar heroes and drum gods, but few of those rock ‘n’ roll devotees have as many fans as the classical music duo TwoSet Violin.

On the verge of reaching four million followers on the popular video streaming site, the Australian music-comedy double act Brett Yang and Eddy Chen have flown to Singapore for a sold-out concert to celebrate the auspicious milestone in style.

Such is tradition on the advent of every level of popularity they’ve cracked over the years: A million subscribers? One round of ‘Guess the YouTuber’ violin charades. Two million? Tchaikovsky’s Violin Concerto. Three million: a Sibelius concerto.

And now, when hitting the four-million mark is imminent? They are livestreaming a special Mendelssohn concerto with the Singapore Symphony Orchestra. (In-person tickets to the show were snapped up so fast, local fans are offering to buy at seven times the original price.)

Despite their success or perhaps because of it, TwoSet in person is much like TwoSet online. Yang, 30, and Chen, 29, appear at Shure Singapore on a thundery and humid Southeast Asian afternoon in relaxed looks of white, khaki and sage, settle in their chairs, and quickly proceed to dish out heapings of dry humor with the easy rapport of best mates 16 years in the making.

Yang is laid-back and chatty where Chen is careful and reflective, yet both speak as though of one mind. The pair bonded as teens and then schoolmates at the Queensland Conservatorium, one of Australia’s leading performing arts schools, before creating their YouTube channel on a whim in 2014. Shortly thereafter, they dove fully into the influencer life in 2016 after deciding to leave their prestigious posts at the Queensland and Sydney symphony orchestras.

Beyond ditching workplace bureaucracy and nurturing their rapidly ballooning online fanbase, the drastic shift contained the wild hope to impact the classical music scene in a deeper way.

“We realized that there was an inherent problem with the industry,” Yang explains. “If an orchestra sells out every day for the whole year, that only covers 30 percent of expenses. The rest comes from government funding and donors. What kind of business is that? No one in the classical musical world was really trying to figure it out.”

TwoSet’s earnings today come from social media and sales of their clothing line, TwoSet Apparel. “We have no sponsors,” confirms Chen, counting off proposals turned down from hair regrowth firms, mental health apps and more companies eyeing a slice of their reach.

On the channel, top videos easily clock millions of views, featuring anything from Chen playing Pachelbel'sCanon in D on a rubber chicken, to the pair hula-hooping with American sensation Hilary Hahn while attempting Niccolo Paganini’s wickedly tricky Caprice No. 24.

The point of such videos, they say, is to promote a love for classical music to audiences around the world in relatable ways.

Violin masterpieces and internet humor may seem the unlikeliest of bedfellows, but Yang and Chen are uniquely placed to serve up this signature combination of professional playing, classical discourse, bro vibes and relatable chit-chat in ways endearing to fans both within the music scene, and without.

“We've heard from many soloists and orchestras that there are a lot of new audiences who come to their concerts because they watched our videos: doctors, lawyers, accountants, parents, young kids,” says Chen.

“When fans come up to us on the street, we like to ask what instruments they play. In the early days, there was violin, piano, viola – but these days many of them don't play any instruments at all. That is a super cool feeling. It keeps us motivated.”

With seemingly no limit on video topics, is there a method to TwoSet’s success?

“We stuck to our intuition, and it worked out well,” Yang says. “We're trying a lot of new stuff, keeping it creative.” Expanding their comfort zone is a recurring theme for the pair, powering decisions to pick up filming and editing, and commandeer a now 10-strong team to churn out new content types, such as cinematic music videos.

Naturally, their gear has evolved to befit their growing follower count over the years, and Yang and Chen became fans of the SM7B microphone after their older ones gave out on an overseas trip.

“Our manager got us a Shure, and we were like: this sounds good,” says Chen. “We put that on and we just felt comfortable with it. You could hear the quality, how clean it sounds.”

Today the pair use the SM7B, its smaller cousin the MV7, plus the clip-on MVL lavalier for videography, and are exploring using the top shelf TwinPlex TL47 lav for a “big event” early next year. “I can't say too much now, but Covid’s pretty much over, so it's a lot easier to travel,” Chen hints.

It’s not hard to guess what’s in the works, but what’s unpredictable is how it will unfold. TwoSet is, after all, the first major classical music act to mash formal recitals with comedic theater and fund a 10-country concert tour by livestreaming themselves busking for five days without sleep. Though their latest concert is a return to classical roots, with none of the gut-busting antics audiences have come to expect, it is precisely their star power that enables TwoSet to perform on their own terms.

“At the beginning, no one really knew what we were doing. We didn't know how to package ourselves either,” says Yang. “Imagine two Asian kids that play classical violin, somehow making videos, and doing a concert. Is it a show? Is it theater? Is it an act?”

At the duo’s first concert in New York, both suffered major nerves. “We had no evidence that this could work, so going on stage, we were like: ‘Is this the dumbest thing we’ve done?’ I still remember walking through that door was like going on platform nine-and-a-three quarters from Harry Potter, thinking: ‘Here’s a brick wall, and I'm gonna hit my head so hard.’ And we went in expecting polite clapping, and everyone was cheering and screaming words from our videos. There was a sense of relief,” he says.

Over the years, what’s come out of this hyped-up reception is a sense, the two say, that the future of classical music is brighter than ever. “Now, people in the industry are starting to think about what to do when the funding’s gone; when, in 20 years, the donors might not be here. Videos seem so obvious now, but back then people thought we were crazy,” says Yang.

“We bond over our shared experience in all the crazy things that we go through,” Chen adds. “It feels like we're on an adventure together.”

Be sure to check out TwoSet Violin’s livestream of their Singapore concert on Nov. 16, 2022 here! 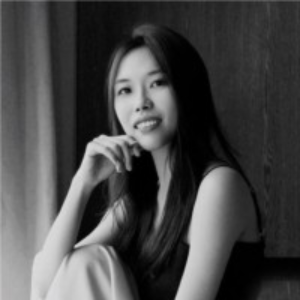 Rachel is a freelance writer based in Singapore.