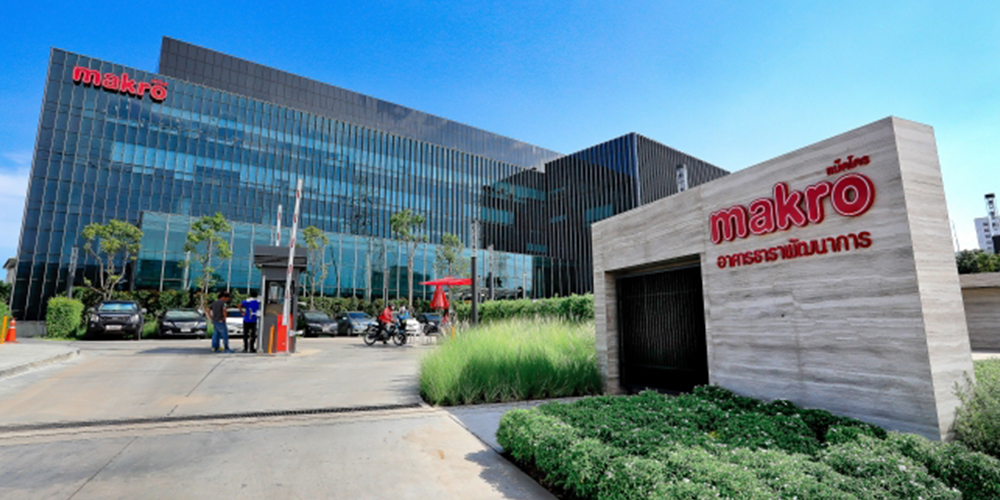 Thailand, June 2017 – Wholesaler Siam Makro Public Company, which operates cash and carry trade centers under the Makro name in Thailand, contracted Shure Authorized Distributor Mahajak to install the A/V solutions at its new head office. Makro’s new headquarters comprise an exhibition and convention hall, 33 conference rooms, a breakout room, and a boardroom which have been equipped with Shure wired and wireless systems including a total of 28 channels of QLX-D Digital Wireless and 24 Microflex Gooseneck Microphones.

The exhibition hall is located at the first floor of the new building and can be divided into three separate spaces or used as one combined room. Here, Mahajak installed QLX-D systems with SM58 Handheld Transmitters and Bodypack Transmitters with WL185 Lavalier Microphones to provide sound reinforcement for large events and shows.

The conference rooms throughout the new building vary in size and have also been equipped with QLX-D to support presentations to bigger audiences.
As part of the audio installation, Makro wanted to be able to use the wireless SM58 Handheld Transmitters freely across their conference rooms instead of using assigned mics for specific rooms. With system design support from the Shure Applications Engineering team, Mahajak deployed a comprehensive antenna distribution system – incl. UA844+SWB Antenna Distribution System, UA221 Passive Antenna Splitters/Combiners, UABIAST In-line Power Supplies, and UA834WB In-Line Antenna Amplifiers – to ensure wireless coverage for the conference rooms across two floors. The audio signals from all antennas were combined and sent to the main control room where the networked QLXD4 Digital Wireless Receivers are located.
A mixer and networked control system have been set up in the control room to communicate with the A/V systems across the various zones in Makro’s new head office. Users can also control the audio remotely using iPads.

Makro’s new boardroom can accommodate up to 21 people for board meetings and has been equipped with MX412D/C Microflex Gooseneck Microphones which are centrally controlled by an AMX control system.

“The customer requested good, easy-to-use systems together with support and after sales service,” said Thunyapat Jingosonwit, project sales manager at Mahajak. “Makro challenged us as they focused on the exhibition hall and convention hall which will be used for organizing exhibitions, trade fairs and award ceremonies. We carefully selected the audio, visual and lighting equipment for these specific application purposes.”