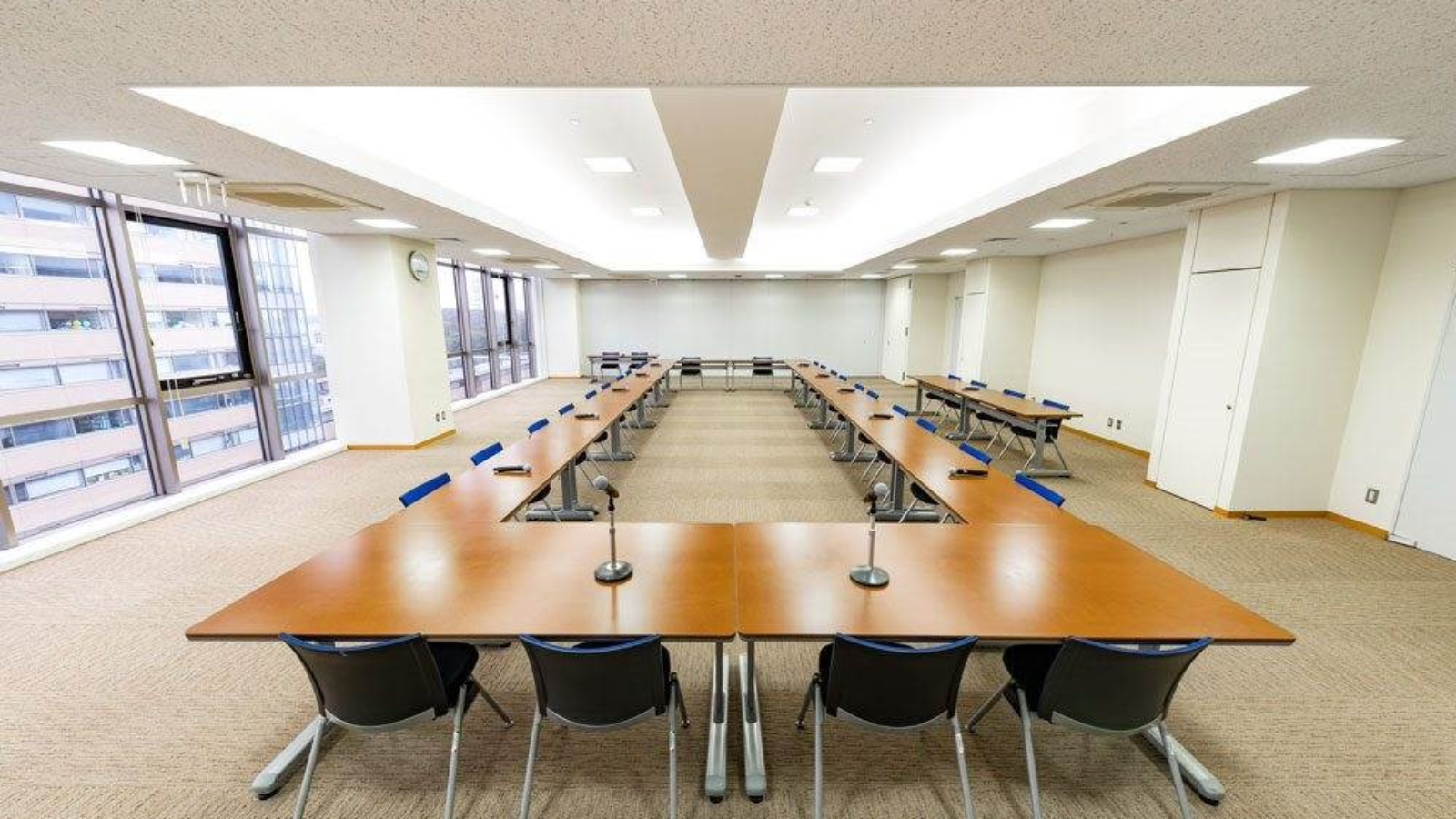 Founded in 1964, Meisei University has a total of 9 schools and 12 departments. With approximately 8,000 students attending the vast campus in Hino, Tokyo, the university also offers distance learning courses and graduate schools. It is known for incorporating practice-based, hands-on learning in their courses from early on and developing individual students’ abilities through a cross-departmental curriculum.

Conference room 701B, located on the seventh floor of the Administration Building, is one of the most frequently used rooms in the building. The medium-sized multi-purpose space has a maximum capacity of 50 people and is used for general and department meetings, ceremonies at the beginning of the academic year, faculty and staff training, as well as important Dean and faculty meetings.

Radio interference has become a frequent problem and interrupted meetings. Over the years, a growing number of AV equipment was installed throughout the campus, with more than 50 wireless microphones in operation in and around the Administration Building. Old and new equipment co-exist, often with overlapping frequency bands, and prolonged periods of use causing interference. Nearby mobile phone base stations further worsen the spectrum environment.

In addition to the wireless performance, scalability was also a problem. Larger meetings may sometimes require up to 16 microphones. The university previously accommodated this by bringing in more handheld microphone transmitters and assigning them to the same wireless channel. However, this meant that no more than one person could speak at a time, in addition to the extra setup time that was required.

The university was looking to resolve the problem of radio interference and be able to efficiently operate 16 wireless microphones simultaneously.

Denshi System Co., Ltd., a system integrator used by Meisei University, conducted an RF spectrum scan on-site and extensively tested several wireless system options. The Shure ULX-D Digital Wireless System delivered the best performance and was ultimately chosen. 4 ULXD4Q Quad Channel Receivers were installed in the equipment rack in the room, paired with 16 ULXD2/SM58 Handheld Transmitters. 2 UA864A Directional Antennas were mounted on the ceiling at opposite ends of the room, enabling continuous use of the wireless system when room partitions are being moved to expand the space.

ULX-D has overcome the university’s past radio interference issues and now provides stable wireless performance in the conference room. Furthermore, the number of microphones can be easily expanded when needed by simply powering on more microphone transmitters, significantly improving usability of the system.

"The frequent complaints and requests we were receiving stopped entirely, so I believe the problem of radio interference has been resolved,” says Mr. Taku Watanabe, Assistant Unit Manager of the General Affairs Unit, University Administration Office at Meisei University. “Conference organizers may be the ones who have been helped most by the introduction of the new system. Previously, staff members needed extra setup time before meetings. This is no longer needed. In fact, organizing staff specifically said 'we appreciate the fact that we can use it right away just by turning the power on’. We are very happy that the cumbersome work has been reduced so significantly."

Issues such as radio interference were avoided, and the fact that it was ready to go at the push of a button greatly reduced the workload.